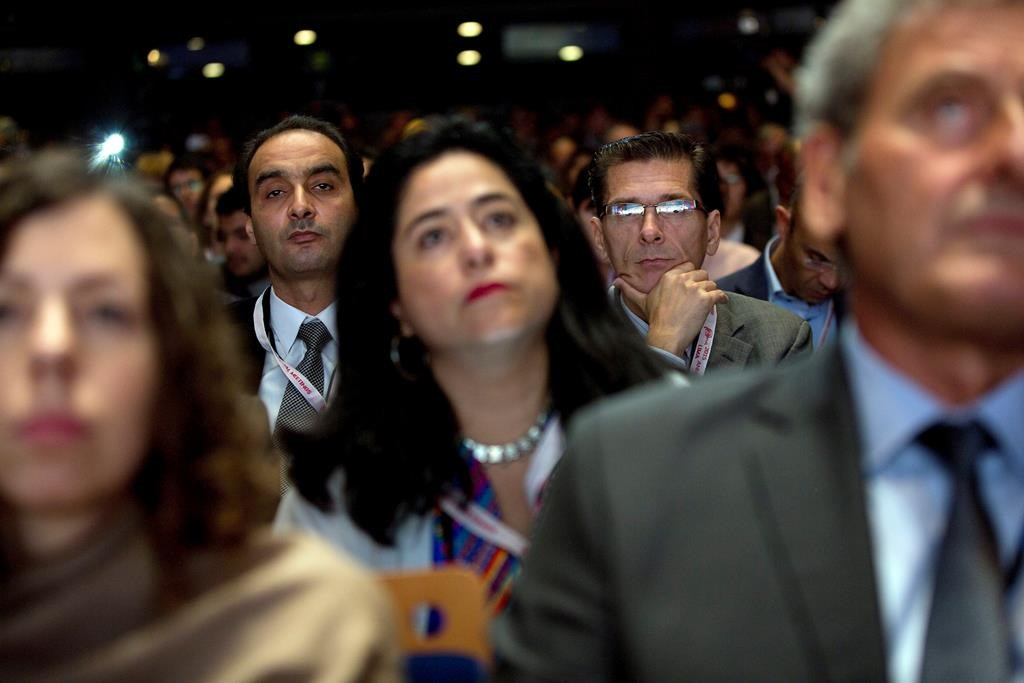 LIMA, Peru — International Monetary Fund chief Christine Lagarde said Wednesday that failure to take urgent action on global warming will condemn humanity to the same fate as the Peruvian poultry that so many delegates to the group's annual meeting are enjoying this week in a country famed for its cuisine.

"If we collectively chicken out of this we'll all turn into chickens and we'll all be fried, grilled, toasted and roasted," said Lagarde.

Lagarde and Kim argued strongly for removing subsidies on fossil fuels that are worth more than $5 trillion a year and on the immediate need for carbon taxes so that the burning of fossil fuels can fund clean energy replacements.

But they both acknowledged it's a big challenge.

"We have been trying to help countries remove fuel subsidies," said Kim, which inevitably means higher prices at the gas pump. "But politicians don't like it when bus drivers and taxi drivers block the streets."

Questioned about whether the world's governments can make the necessary shift to clean energy to prevent catastrophic climate change, Figueres said that while pledges from 146 countries submitted ahead of December's climate talks in Paris are not enough to bring greenhouse gases down to acceptable levels, she believes closing the gap is "entirely doable."

The world's finance ministers and central bankers were beginning to arrive in Lima for the joint annual meetings of the World Bank and IFM that run through Sunday.

The lending institutions hold their annual meetings away from their Washington headquarters every three years. The last time such a meeting was held In Latin America was in 1967, in Rio de Janeiro, Brazil.