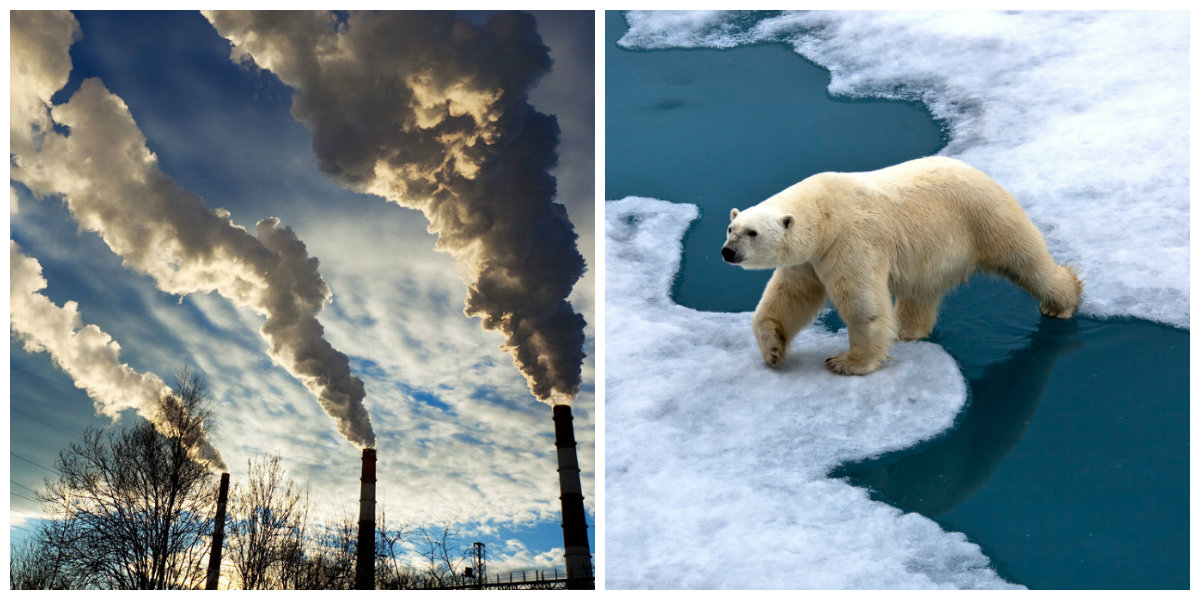 With the Canadian election less than two weeks away, some are pushing to get the issue of climate change in front of federal leaders.

On Thursday, Sustainable Canada Dialogues, a network of over 60 researchers from across Canada, released a new volume, Acting on Climate Change: Extending the Dialogue Among Canadians.

At the same time, the researchers issued an open letter to the leaders of the federal parties, calling upon them to restore Canada’s position as a champion of the environment, an image the Stephen Harper government has tarnished in recent years with inaction on the issue of climate change.

“Our snapshot of the platforms reinforces Sustainable Canada Dialogues’ view that Canada urgently needs a national dialogue on climate change policy, to identify socially acceptable transition pathways to a low-carbon society and economy,” states the letter.

The letter is signed by Catherine Potvin, the UNESCO-McGill Chair for Dialogues in Sustainability and Department of Biology at Montreal’s McGill University. Co-signatories are a who’s who of academics from across Canada, all of whom work in a variety of disciplines.

Climate change is seen as particularly important right now given that in six weeks following the election, Canada will be expected to send a delegation to the Paris climate change talks, where world leaders will try to reach an agreement to lower global emissions.

The letter notes that in 2014 The Climate Change Performance Index ranked Canada 58 out of 61 countries based on climate policy.

“From the election campaign to a new Canadian government en route to the Paris climate summit, we hope each party will enrich its position with ideas put forward by Canadians, before, during and after this election campaign, to restore Canada’s global leadership as a champion for the environment,” the letter adds.

The group’s new volume is a collection of 28 papers from a range of organizations and individuals, including from First Nations, business, labour and non-governmental contributors.

The papers’ authors include some of Canada’s most well-known environmental champions, including the Council of Canadians, the David Suzuki Foundation, Evidence for Democracy and WWF-Canada.

The topics cross a broad range of issues, ranging from renewable energy to transitioning to a low-carbon economy.

Potvin notes in the letter that the document “presents a Canada brimming with ideas and the will to change.”

Generally, in addressing the federal party platforms on climate change, Sustainable Canada Dialogues has tried to be positive and constructive.

In her introduction to the volume, Potvin writes: “People feel overwhelmed by the problem of climate change, and for good reason. It’s terrifying to hear about a visibly melting Arctic, hurricanes, droughts, floods and how these will affect all humans now and in the future.

“We thus chose to place Sustainable Canada Dialogues in the field of The Possible. Rather than placing blame for past mistakes, our aim is to be inclusive in finding solutions for a future of which we can all be proud.”

In an interview with National Observer, Potvin said the most important finding about the party platforms was “that four out of five political parties – the exception being the Conservative Party – have made significant proposals for climate change, and we welcome that.

“It seems parties have paid attention. The majority of them acknowledge it’s an important issue.”

She applauded the NDP’s cap-and-trade proposal as well thought-out with its flexibility for the provinces to work within a federal framework, and praised the Liberals for doing a good job of looking for measures to mitigate climate change.

“They’ve really been thinking hard,” she said of the Liberals. “Their program suggestions for clean energy, how to support investment in clean tech, how to move to low-carbon electricity, all of that is very good.

“They’ve got a really good focus on the fact that the transition to low carbon means new jobs and it’s really the future economy.”

Across the board, Potvin said the parties displayed a weakness on dealing with issues such as infrastructure and transportation. She noted proposals for how buildings and housing could be more climate friendly were largely absent.

In the same vein, party proposals on transportation are weak and Potvin pointed out that it accounts for 25 per cent of the country’s emissions. “This is where parties still need to think,” she said.

Recently, the Toronto-based group Environmental Defence and Montreal's Equiterre released an updated comparison of the federal parties’ positions on climate change. Like Sustainable Canada Dialogues, the group is concerned with the role Canada will play at the Paris summit.

The group maintains the Paris meeting “further elevates the importance of climate change in Canada’s upcoming federal election since Canada’s positions at the negotiations could help the world come to a meaningful global agreement or hinder the process.”

Tim Gray, executive director of Environmental Defence, told National Observer that they found a significant difference between the level of ambition between the parties. He said it’s important for people to realize that under Canada’s current trajectory that instead of reducing its emissions since 1990 as most other countries in the Western world are trying to do, Canada’s will be up.

By 2020, Canada’s emissions, if the country stays the course, will be up about one-and-a-half per cent above 1990 levels, according to Gray.

“We’re not meeting our existing targets and the level of ambition that’s needed to be a meaningful player on the international stage to help ensure that warming isn’t about two degrees – we’re not there.”

Gray asserted that if Canada wants to do its part to keep global warming below two degrees Celsius – the goal of the Paris summit – “we’re going to need to up our game.”

Environmental Defence’s report notes that by and large the Conservative Party’s policies related to climate change and clean energy are relatively unknown as the party has yet to address the issue in its platform, and did not respond to the group’s questionnaire on the subject.