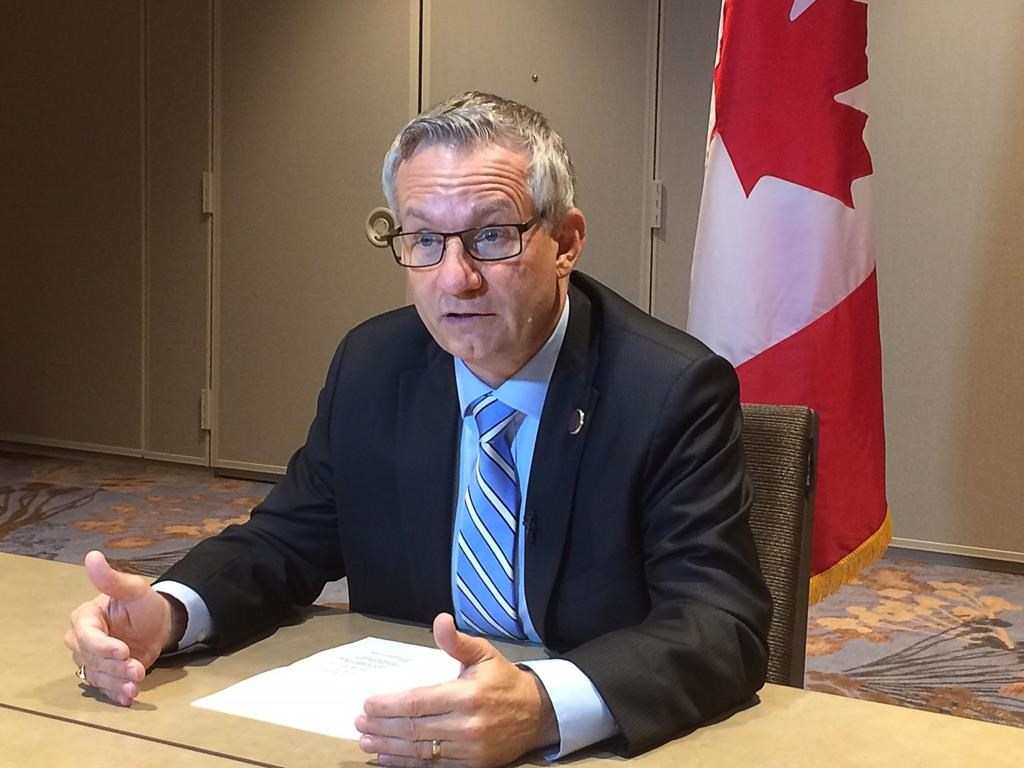 OTTAWA — Canada could sign as many as 15 side deals on a range of issues when the time comes to ink the final text of the Trans-Pacific Partnership, federal officials said Friday.

Those side agreements, which will take the form of letters, won't be done in time for the government's planned release of a preliminary TPP text in the coming days.

On Thursday, Trade Minister Ed Fast promised to release a provisional copy of the TPP trade agreement in the next few days.

"The final number of side letters is unclear at this time but we estimate it could be around 15," a senior government official, speaking on the condition of anonymity, told The Canadian Press.

The official, who wasn't authorized to disclose details publicly, said the exact number of letters would only be known once the final TPP text is ready for signature.

The agreement between Canada and 11 other Pacific Rim countries has been billed as the largest trade deal in history.

"The purpose of a side letter is to clarify bilateral matters between two parties that do not affect the rights and obligations of the other TPP parties," the official said.

They would cover "a range of different issues, like a bilateral agreement," or could involve an exclusion "or a recognition of" a specific sector.

"Countries can request those after the fact," the official said, adding that the countries can agree on the topics of side letters, and draft the actual texts later.

"It's the same way with the negotiating text. You agree to what the parameters are and then the actual drafting has to take place."

The official did not say which sectors and which countries would be covered by side letters, noting only that Fast said Thursday that one of them would be between Canada and Japan on processed and unprocessed forestry products.

Dairy and autos have also proven to be contentious issues for Canada during the TPP talks, which reached their conclusion Monday in Atlanta.

It was in July when it first emerged that timber had become a sticking point between Canada and Japan. Leaked Canadian government documents said Japan was pushing Canada to eliminate or modify the controls it imposes on B.C. log exports.

Similar to the protections in Canada's supply management system, the export of B.C. logs is heavily restricted by the federal and provincial governments, which drives up their cost to foreign buyers.

Moncaster said Ottawa is working closely with B.C. on the issue.

The trade pact has become a major election issue as the marathon federal campaign grinds towards election day Oct. 19.

New details continued to emerge Friday about the TPP. A leaked copy of the chapter on intellectual property emerged on the WikiLeaks website.

The organization OpenMedia said the text showed that Canada "silently traded away our digital future behind closed doors."

That's because it indicates that Canada has agreed to accept new copyright terms with no transition period, while countries such as New Zealand and Malaysia managed to negotiate phased-in changes.