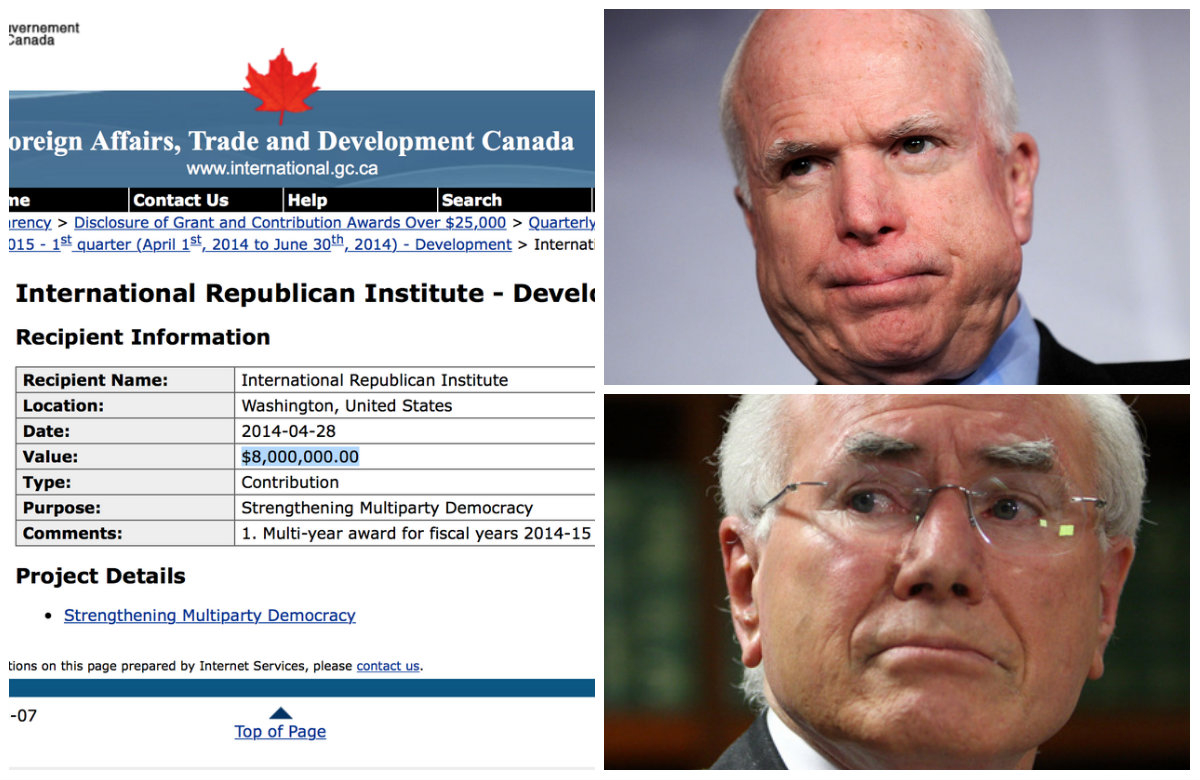 The federal government has also given, since 2010, $15.4 million in funding to the National Democratic Institute, the IRI's sister organization, also based in Washington.

NDI also states on its website that it is non-partisan, but is loosely associated with the Democratic Party, headed by former Clinton-era Secretary of State Madeleine Albright.

The $8 million to IRI is noted as being for "strengthening multiparty democracy" in Ukraine. IRI has observed every election since Ukraine’s independence in 1991, including the 1994, 1998, 2002, 2006, 2007 and 2012 parliamentary elections and the 1999, 2004, 2010 and 2014 presidential elections. In May, IRI published a municipal poll showing that Ukrainians were deeply concerned about corruption and nepotism in their country.

The donation amounts to 16 per cent of the $49 million Ottawa has dedicated to help democratic efforts in Ukraine.

While IRI has garnered praise for its grassroots efforts in Ukraine, it was also criticized in 2004 for its alleged role in countries like Haiti and Venezuela.

IRI strongly refutes any involvement in the Haitian coup on its website, stating that its main focus in the country was to strengthen the credibility and capacity of political parties.

Gates warned that it would be a "mistake" to take the allegations about the IRI officer in Haiti as fact.

"There are conspiracy theorists who have attacked IRI’s work for their own political purposes, but that does not make those attacks true," Gates said. "I encourage you to read the facts we have posted on our website and Point by Point Rebuttal to The New York Times article "Mixed U.S. Signals Helped Tilt Haiti Toward Chaos."

Correction: An earlier version of this article identified Lisa Gates as Linda Gates.