Let citizen juries bring independence and democracy to the CBC 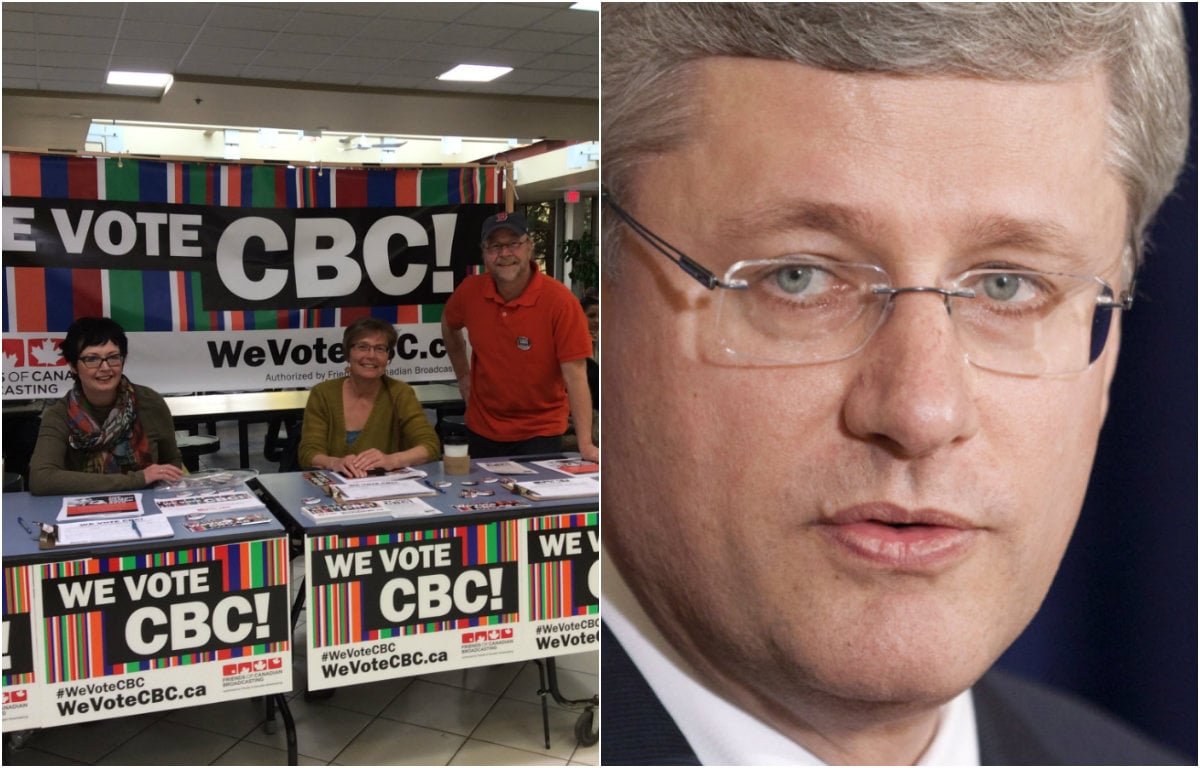 The Canadian Broadcasting Corporation (CBC) is vital to Canadian culture, democracy and freedom. It should be brought fully out from under the thumb of the prime minister and his or her party.

Although polls show most Canadians oppose funding cuts to the CBC, Stephen Harper has cut the CBC’s annual budget by $115 million since 2012. The CBC has announced it must sell its buildings across Canada to raise money. If Harper is re-elected, it will be a disaster for the CBC.

We need the CBC to hold the powerful to account, including the prime minister and his or her party, exposing falsehood, demagoguery, incompetence and the abuse of power.

It is undemocratic, and even ludicrous, for the very politicians the CBC is supposed to be holding to account to be choosing the CBC’s leadership— and to have the power to cut its funding, or even shut it down and sell it to the private sector.

The CBC needs full independence from the prime minister, politicians and political parties, as well as from other powerful interests. The CBC’s board and president have always been chosen by the prime minister, overwhelmingly on a patronage basis for those who have assisted the sitting government. Stephen Harper has, unsurprisingly, stacked these offices with Conservative appointments.

The only way to end the patronage problem at the CBC is for the prime minister and politicians to be removed from the selection process.

Classical Athens sheds light on how this can be done in a highly democratic way.

Widely considered the birthplace of democracy, Athens was largely run by juries chosen from the citizens by lottery. Juries kept decision-making in the hands of the citizens, and can do the same for public broadcasting today.

The power the prime minister and his or her party have over the CBC can be transferred to randomly sampled juries of Canadians. These juries would meet together to make an informed decision after deliberation, and can be paid to work full-time for as many weeks as needed.

Random-sample juries engage a representative cross-section of the public, and provide the democratic ideal of informed rule by the people.

The CBC’s board should instead be chosen by juries— perhaps using a proportional representation method. The CBC president could be chosen either by a jury, or by the board that juries have appointed/chosen.

Liberate the CBC from politicians

There is a higher and more legitimate authority in Canada than politicians: the Canadian public.

The CBC, public offices, public funds, and the airwaves are all public property belonging to all Canadians, not the property of the prime minister and his or her party. We, the public, should choose the CBC’s board of directors, and have the final say about funding and other matters.

The rule politicians have over the CBC is contrary to the equality of citizens. For example, as most politicians are men, women are denied the equal representation women are entitled to as half the population. Randomly sampled juries solve this problem.

A CBC board chosen by juries can be given the right to appeal funding and other decisions about the CBC to a jury for a final decision, perhaps a jury of several hundred citizens. The CBC, political parties, and public interest groups can appear before such a jury, with hearings and deliberation continuing until the jurors are ready to make an informed final decision by majority vote.

Unlike other methods of rule by the people, such as popular election, juries ensure that those making the decision are paid to take the time to make an informed decision.

The CBC should be liberated from politicians, and transferred to informed rule by the people. More immediately, it needs to be saved from Stephen Harper and his cuts.