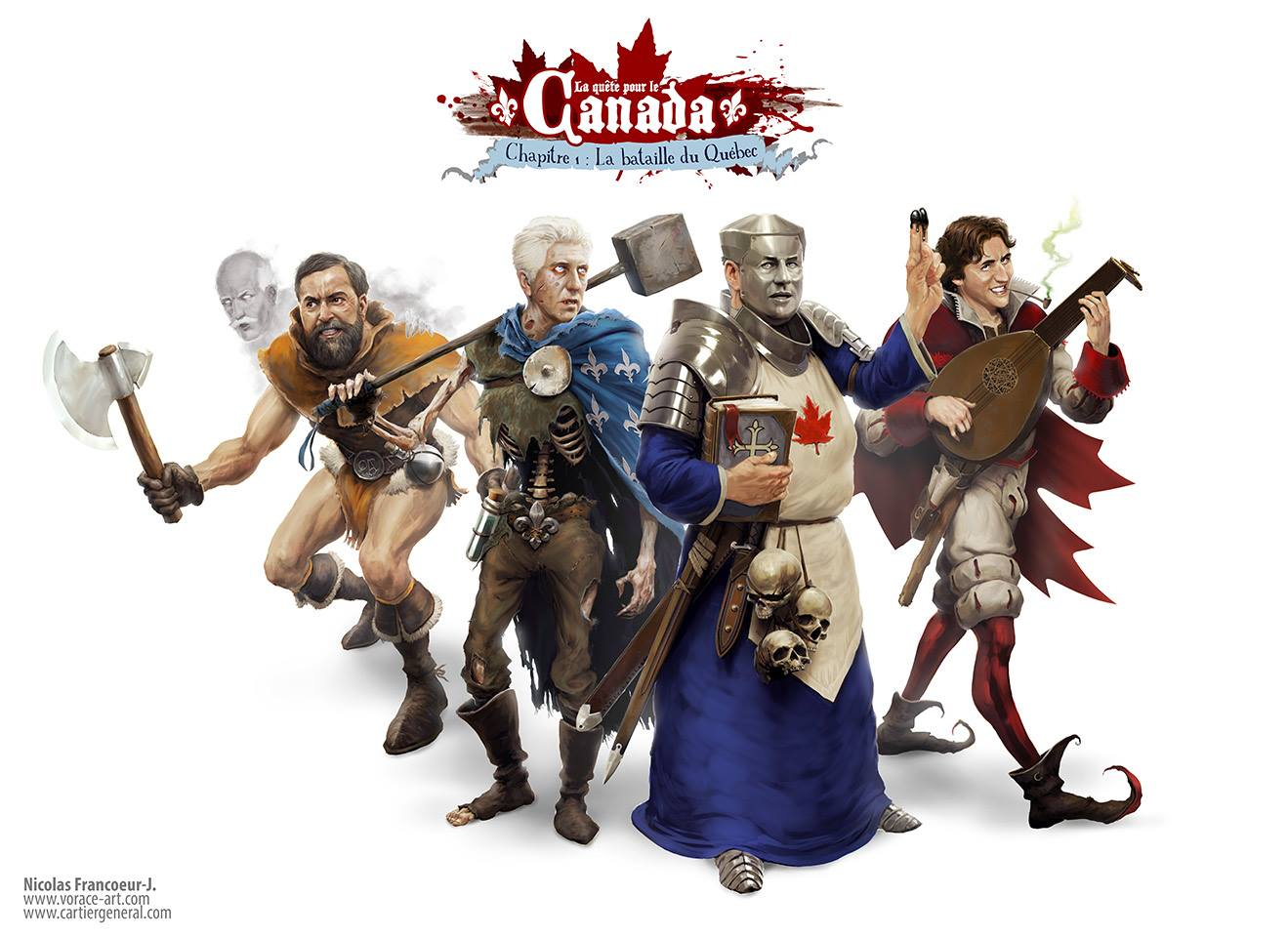 "For four years, a band of unscrupulous adventurers have embarked on the 'quest for Canada,' a journey filled with pitfalls to determine who will be the new leader of the group and possess the power of governance," Francoeur wrote in French on his Facebook page. Francoeur said he intended to draw May as a druid, but ran out of time.

While the captions are in French, the symbolism in each character's costume is relatively easy to understand.

Below, St-Harpeur with disgraced Senator Mike Duffy at his side. His fingers are covered in a "holy" substance (crude oil) and the skulls of scientists, CBC staff and environmentalists hangs at his side. 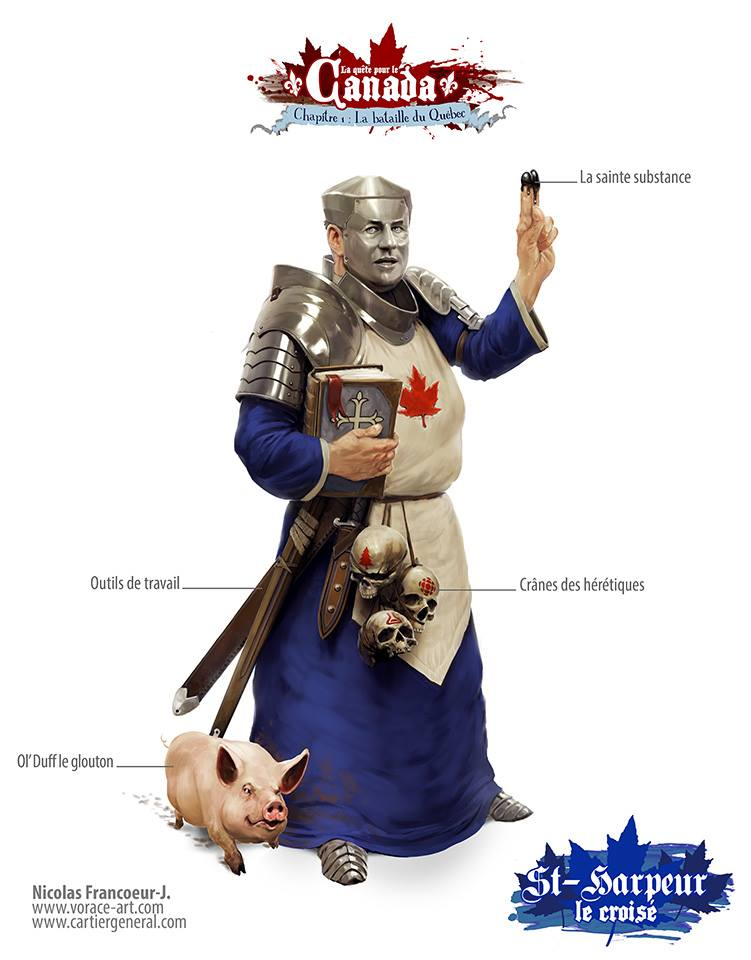 "St-Harpeur, the group’s priest," Francoeur wrote on his Facebook page. "He relishes overpriced weapons and has the power to unearth heretics anywhere...they may be people who appreciate science, environment or the media."

Heir to a forgotten royal house, "Justin the bard" is fluent in the ancient cryptic language of bilingue, through which he is able to read the powerful scrolls of ‘’Charter of 82’’ which his father passed unto him. 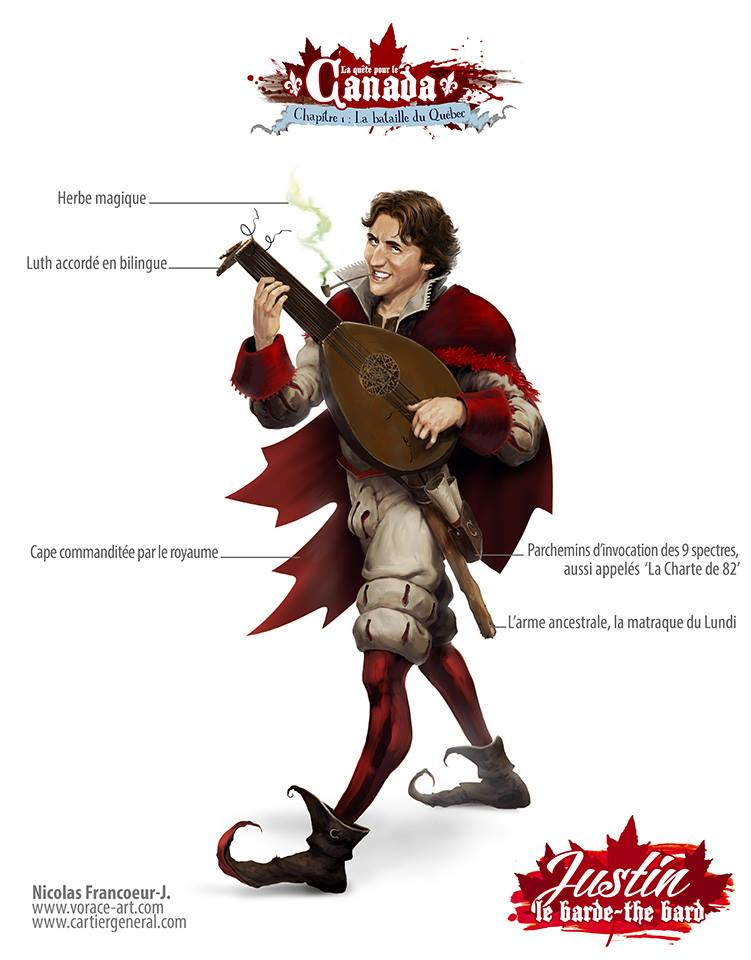 "Mulkar the Barbarian" is formerly of the Alliance Quebec guild, now gunning for the leadership spot. Francoeur described Mulkar as a "terrible barbarian who is starting to have some joint pains." He brandishes an old, well-used axe in his right hand and a sparkling new axe in his left, and is closely followed by the 'Niqab.' 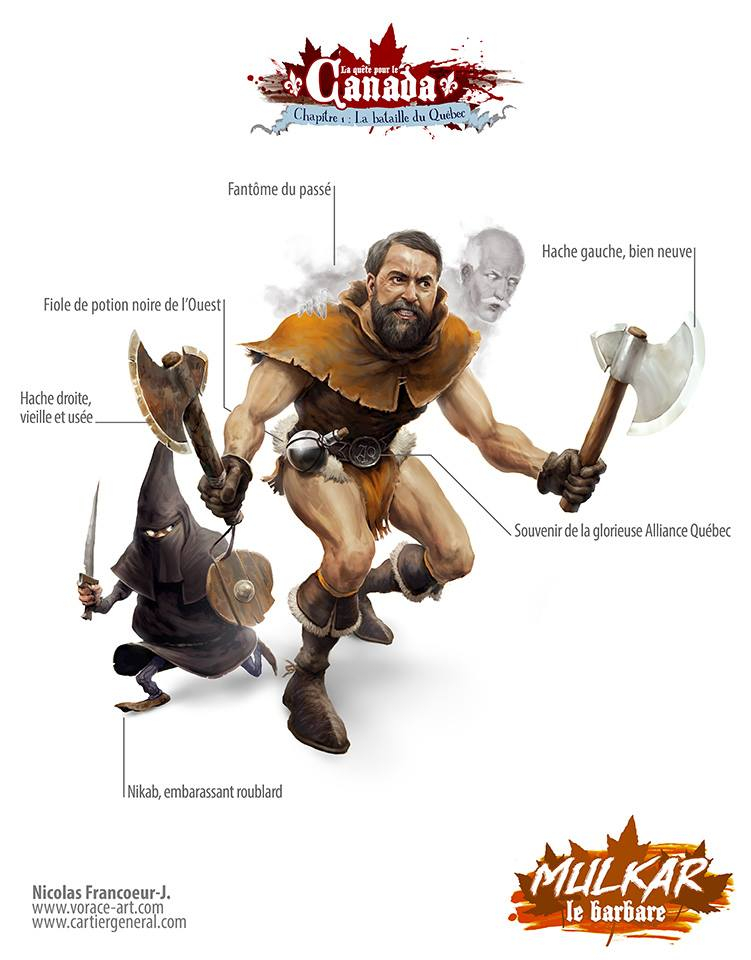 "Sir Duceppe was slain by Mulkar's master in the past age of governance, but was since brought back from the dead by ghoulish powers. He loathes his companions and the quest they are on but is magically bound to remain nonetheless." 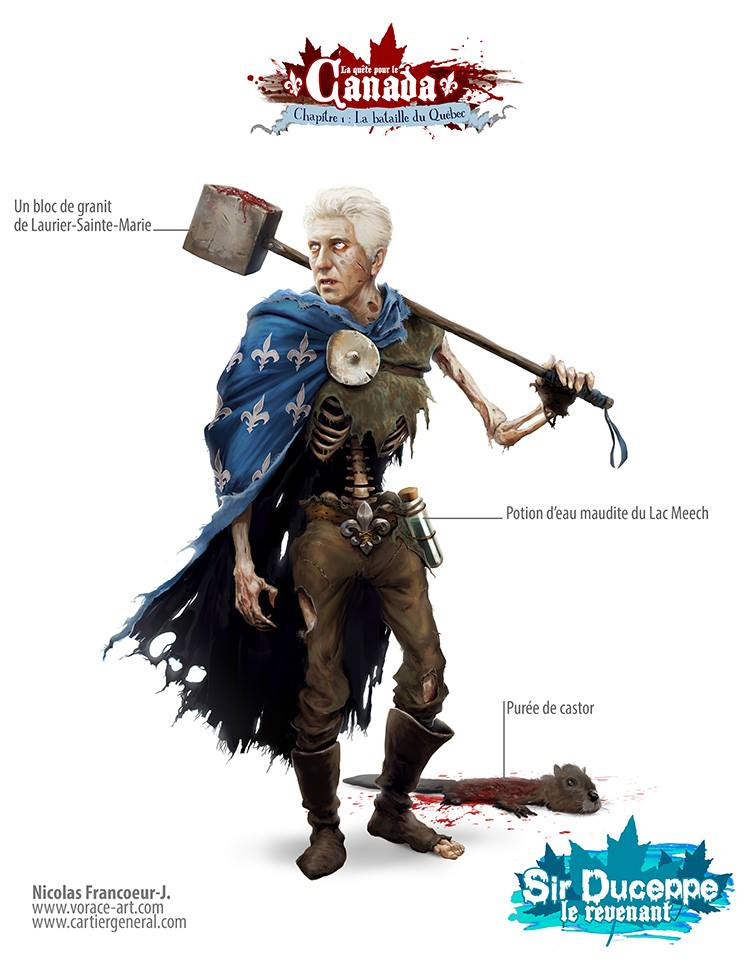