'Take me out to the polling station;' Blue Jays win throws curve at election 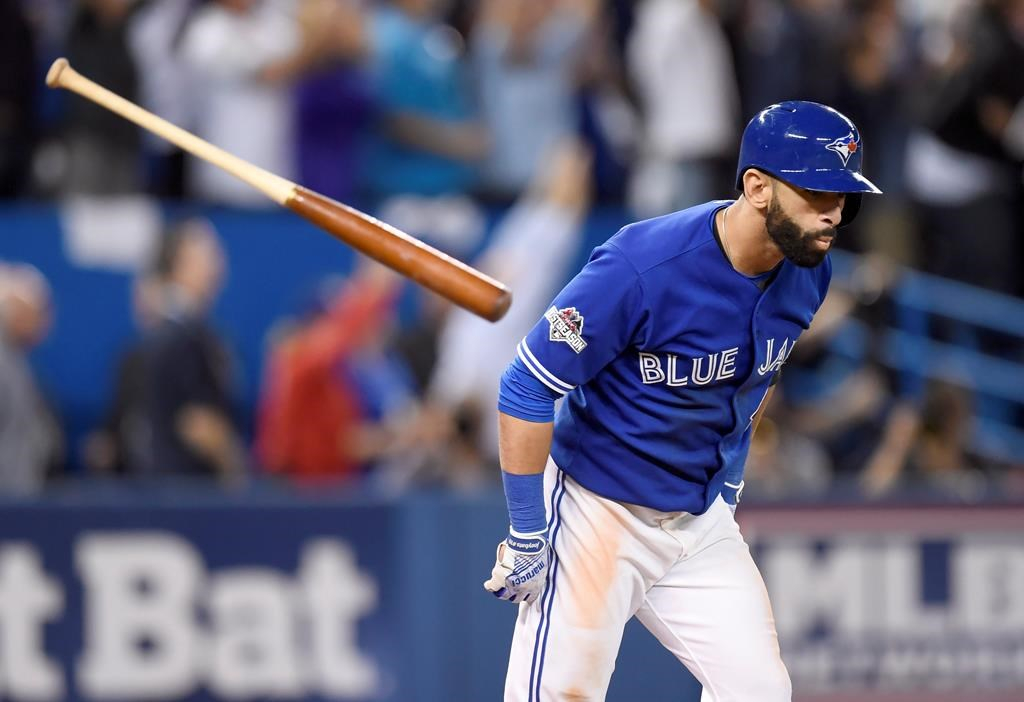 TORONTO — The federal election is dealing with a late curveball hurled by the red-hot Toronto Blue Jays.

Blue Jays fans in the vote-rich 905 and 416 regions — studded with ridings that could help determine who becomes Canada's next prime minister — are certain to tune into the Jays game on Monday night while possibly tuning out the election.

The first pitch in the third game of the Jays' American League showdown against the Kansas City Royals is scheduled for 8 p.m. ET on Monday, 90 minutes before the polls close to end an election campaign that's been almost as enthralling to Canada's political junkies as the Jays post-season run has been to the country's sports fans.

The team's post-season games have earned huge ratings, with overnight numbers for the first three outings against the since-defeated Texas Rangers suggesting an average audience of 2.8 million for the Rogers-owned Sportsnet.

Scott Moore, president of Sportsnet and NHL Properties for Rogers, tweeted that more than nine million Canadians watched Wednesday night's thrilling nail-biter that ended with a 6-3 Jays victory and elimination for the Rangers.

Added another: "So the jays first ALCS home game is election night?....so much for voter turnout."

Yet another Twitter user chided any voters pondering skipping voting in favour of cheering on the Jays.

"I can't stress enough that ALCS game 3 is at 8pm on Monday. Voting goes ALL DAY people. Worst excuse to not vote," tweeted Drew Garner.

Nonetheless broadcaster CTV is conducting a web poll asking people: "Which result will interest you more? The federal election or the Toronto Blue Jays in the ALCS Game 3?"

In response, one apparent Jays retorted: "Anything will be more interesting than the election results. Whatever they are, we have the next 4 yrs to discuss & argue."