Harper resignation would be a "Godsend for Canada": Stephen Lewis 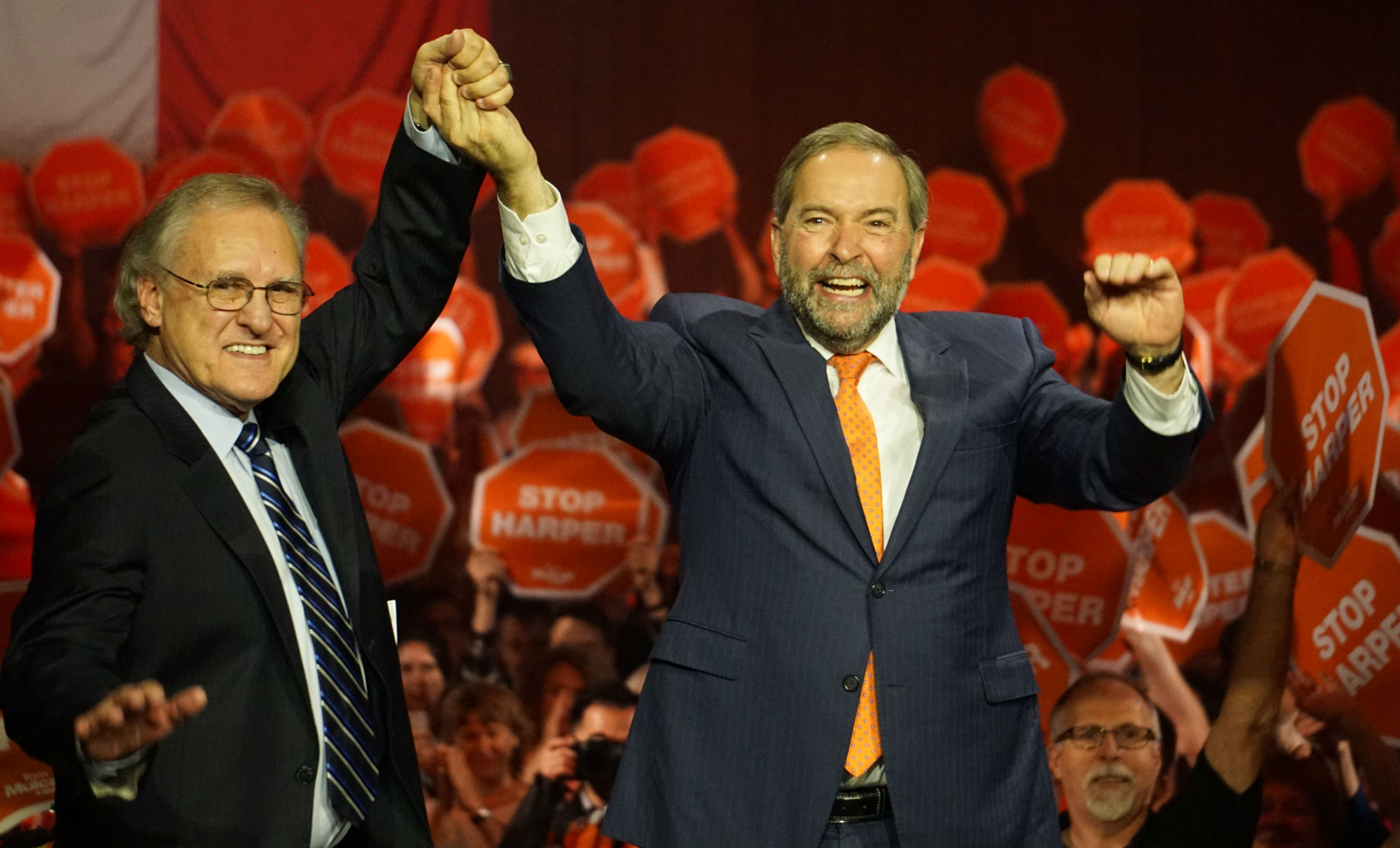 Stephen Harper's resignation from the Conservative Party would be "a Godsend for Canada," said former Ontario NDP leader Stephen Lewis, who also predicts the incumbent prime minister will step down within weeks of the 2015 federal election.

Current polls place the Tories in second place behind the Liberals, who hold nearly 37.2 per cent of public support according to polling aggregator threehundredeight.com. The NDP are currently trailing in third, with 21.7 per cent of the popular vote.

If the Conservatives are unsuccessful in forming a government on Monday, Lewis believes Harper will make haste in clearing out his desk as the party leader.

"Stephen Harper is gone, he's over," Lewis told National Observer around 4 p.m. EST on Election Day. "He’s not the person who can cope with that kind of blow from the public."

Harper has previously told CBC News he would quit if his party loses even by a few seats, and appeared at the time to be ruling out any attempt to stay in power through procedural machinations following the election if the Conservatives finish in second place.

"We ask people to make a choice of a government," Harper told CBC's Peter Mansbridge. "And so I think that the party that wins the most seats should form the government."

A matter of pride

Lewis said it's a matter of pride for the prime minister, who has been in power for nearly a decade.

"He will feel I think, understandably, that his time is over," he explained. "He [will] suffer a very significant defeat, and he will want to turn it over to another contender within the Conservative ranks. He’s interested in being prime minister, but he’s not interested in doing anything else at this point."

The former provincial NDP leader, who has championed Tom Mulcair throughout the campaign, said the Tory leader's demise has been a long time coming, and that government watchdogs have contributed to his unwillingness to continue in blue party politics.

“Not since the last days of Mulroney have I ever seen such an animus directed towards a political leader," he said. "It’s just palpable, it’s extraordinary.

"This chronicling of the way in which Stephen Harper has frustrated and damaged democratic activity and governance had a real resonance with the voters, and in that way, helped to strengthen the opposition pride whether it’s Liberal or NDP, and it helped to doom Stephen Harper.”

When asked about his own party's stance in the polls however, Lewis was unable to offer much commentary. He simply encouraged voters to choose the NDP, which despite lagging in the polls, requires only 35 seats more in the House of Commons to defeat the Conservatives.

A natural alternative to the Tories

"We’re the natural alternative to the Conservatives, both mathematically and programmatically, so I think people should support us," he said.

"I’m concerned at what is obviously a strong Liberal tide in the last few days, but it may well be that individual ridings in Quebec and across the country, the NDP will be able to withstand that move to the Liberals, and we’ll know in a few hours."

Elections Canada will begin releasing live voting results at 7 p.m. EST via its website. For more information on how to vote, click here.