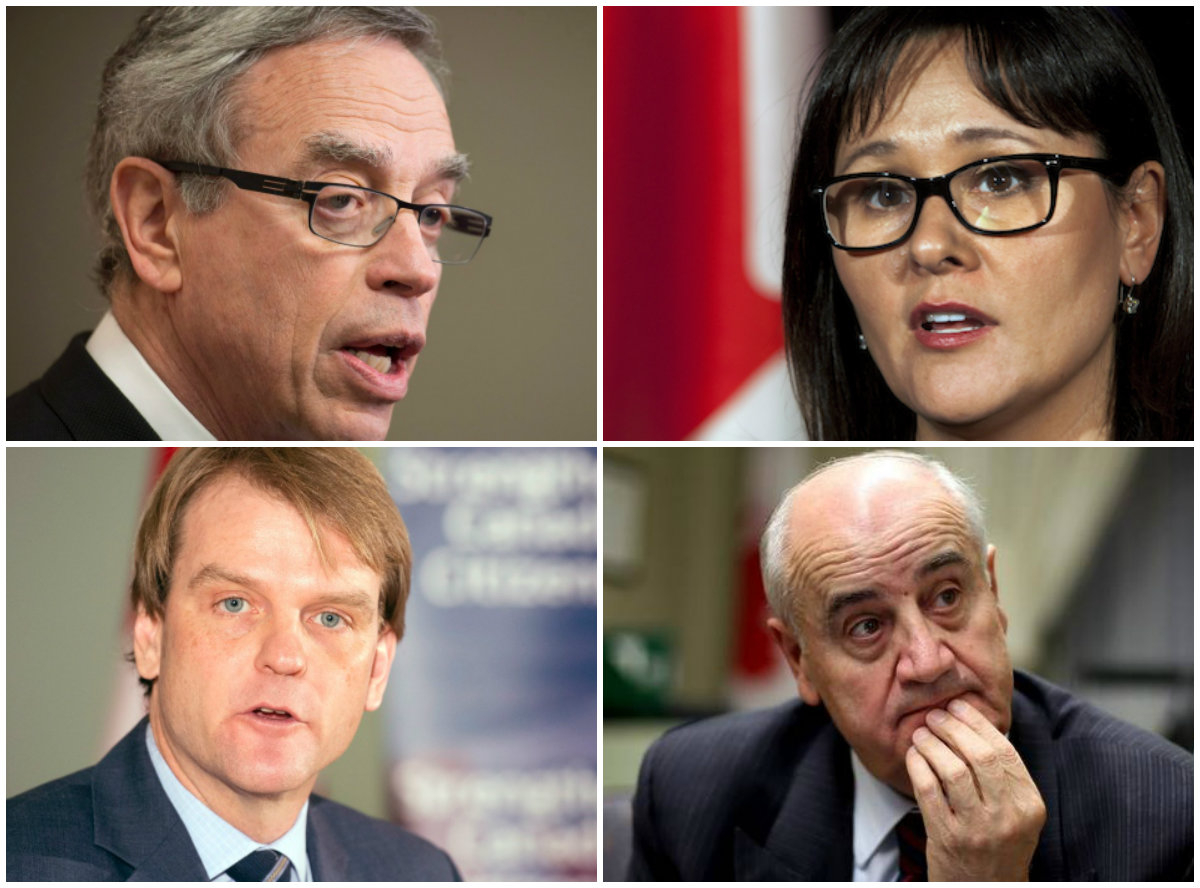 Here's a list of the big defeats suffered by the Conservative cabinet:

Joe Oliver famously denounced environmentalists as "foreign radicals" in a January 2012 letter promoting Enbridge Northern Gateway, while he was Canada's natural resources minister. He came under fire for balancing the budget by selling off 73 million GM shares and using its contingency fund. Despite noting that a government must spend within its means, Oliver was found to be spending extravagantly on travel expenses, at one point billing over $6,700 for an Ottawa-Calgary flight.

Oliver lost his Eglinton-Lawrence riding to Liberal Marco Mendicino, a lawyer who won the nomination over Eve Adams, a controversial former Conservative who crossed the floor to join the Liberals this year.

Environment Minister Leona Aglukkaq, like her predecessor Peter Kent, was not actively involved in climate and environment issues. She famously skipped the Climate Summit of the Americas in July to go to Nunavut and 'officially' open a park that had already been open for the last 12 years.

Citizenship Minister Christopher Alexander sparked strong controversy with Bill C-24, the Strengthening Canadian Citizenship Act, which gave federal government unprecedented power to strip dual citizens of their Canadian citizenship and deport suspected terrorists. Alexander was widely criticized for his comments in an interview with CBC's Power and Politics host Rosemary Barton, during which he was called out for making false claims that exaggerated Canada's role in helping refugees. He sparked public outrage for a dispassionate response after three-year-old Syrian refugee Alan Kurdi's body was found washed up on a beach in Greece.

Deemed by some critics to be the worst MP in Parliament, Fantino made headlines during his tenure as Veterans Affairs minister for overseeing the closure of nine Veterans Affairs offices, despite pleas and complaints that the move would make services inaccessible for many veterans. Angered veterans began to mobilize against the Conservative Party after Fantino first arrived an hour late to meeting about VA offices, then lashed out at vets when they questioned why he "bushwhacked" them.

Fantino was removed from Veterans Affairs Minister position this year, but by this time, former soldiers had declared war on the Tories and started the Anyone But Conservative group to help oust Harper's team from power. Fantino was defeated in Vaughan-Woodbridge by his Liberal rival Francesco Sorbara.