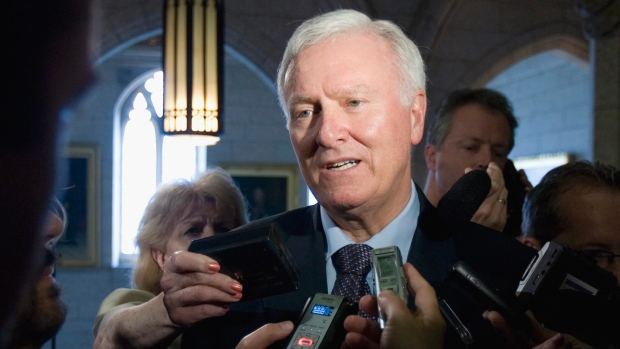 During a long, bitter election campaign, Justin Trudeau’s Liberals campaigned for change – and on Monday night Atlantic Canada responded to that notion. While the region has remained largely red, some of the last remnants of Conservative blue fell as voters in Eastern Canada rejected Stephen Harper’s politics of fear in a stunning defeat for the Tories.

A number of key ridings that had been long-time Tory bastions in Nova Scotia were washed away in the red tide that swept over the region. And New Brunswick, where the Liberals only won one seat in 2011, changed colour to red.

Even the NDP weren’t immune to the Liberal sweep. In Newfoundland, incumbent Ryan Cleary lost his seat to Seamus O’Regan. And Megan Leslie, first elected to Halifax in 2008 and the party’s deputy leader, lost her seat to political newcomer Andy Fillmore.

In almost every instance, the Liberals won with a large majority.

“This is an overwhelming rejection of Stephen Harper and the Conservative vote,’ Peter McKenna, head of the political science department at the University of Prince Edward Island, told the National Observer.

McKenna said the results in Atlantic Canada far exceeded what most pollsters were predicting for the Liberals.” If this trend were to continue right across the country – and we haven’t got into Quebec yet – we could be looking at a Liberal majority, not just a Liberal minority,” he said.

“We’re seeing a much more surprising Liberal wave than I think any of us anticipated, even given the polling numbers and the information we did have.”

The loss of Halifax NDP incumbent Megan Leslie to Liberal newcomer Andy Fillmore particularly surprised Blidook. He noted Leslie in 2011 easily captured her riding with more than 50 per cent of the vote.

He said Leslie could have easily been the next leader of the NDP. “ She was deputy leader, but she was also among the most respected and strongest people they had.”

But it’s hard to imagine anyone could have predicted such a startling sweep on the part of the Liberals.

In Nova Scotia, with three of the four Conservative incumbents in the province deciding not to seek re-election, traditionally blue seats turned red.

The biggest upset was in the riding of Central Nova, a riding the McKay family virtually owned from 1971 on. Elmer MacKay first took that seat in 1971 and kept it until 1993, only giving it for 1983-84 when Brian Mulroney used the seat in a by-election. Peter than held the riding from 1997 to 2015.

But now the storied Conservative riding is lost, going to Liberal Sean Fraser.

Similar scenarios played out in the former ridings of Gerald Keddy and Greg Kerr. Keddy held South-Shore – St. Margaret’s since 1997, while West Nova’s was Kerr’s riding since 2006. Tonight both turned Liberal.

One of the most defiant expressions of dissatisfaction with the Harper regime came in the riding of Cumberland-Colchester with the election of Bill Casey. Casey, a former Conservative MP was expelled from the party after voting against the 2007 budget.

Refusing to back down to Harper over the budget only increased Casey’s popularity in the area. He ran as an independent in 2008, winning the riding with 70 per cent of the vote. He resigned in 2008 to work with the Nova Scotia, but declared himself a Liberal candidate for this election.

Even Harper’s two election swings through the riding couldn’t help Tory Scott Armstrong, who was running against Casey.

So it went across Atlantic Canada. Gail Shea, the lone Tory in Prince Edward Island and a former minister of fisheries and oceans lost her seat to Liberal Robert Morrissey.

No one expected Peter Penashue in Labrador to regain his former seat from Liberal Yvonne Jones, who easily won her seat . After stepping down from the riding over allegations over campaign spending problems, he lost the seat to Jones in a 2013 by-election.

How the Conservatives reduced their odds in Atlantic Canada