Scientist tackles climate change in "A World For My Daughter" 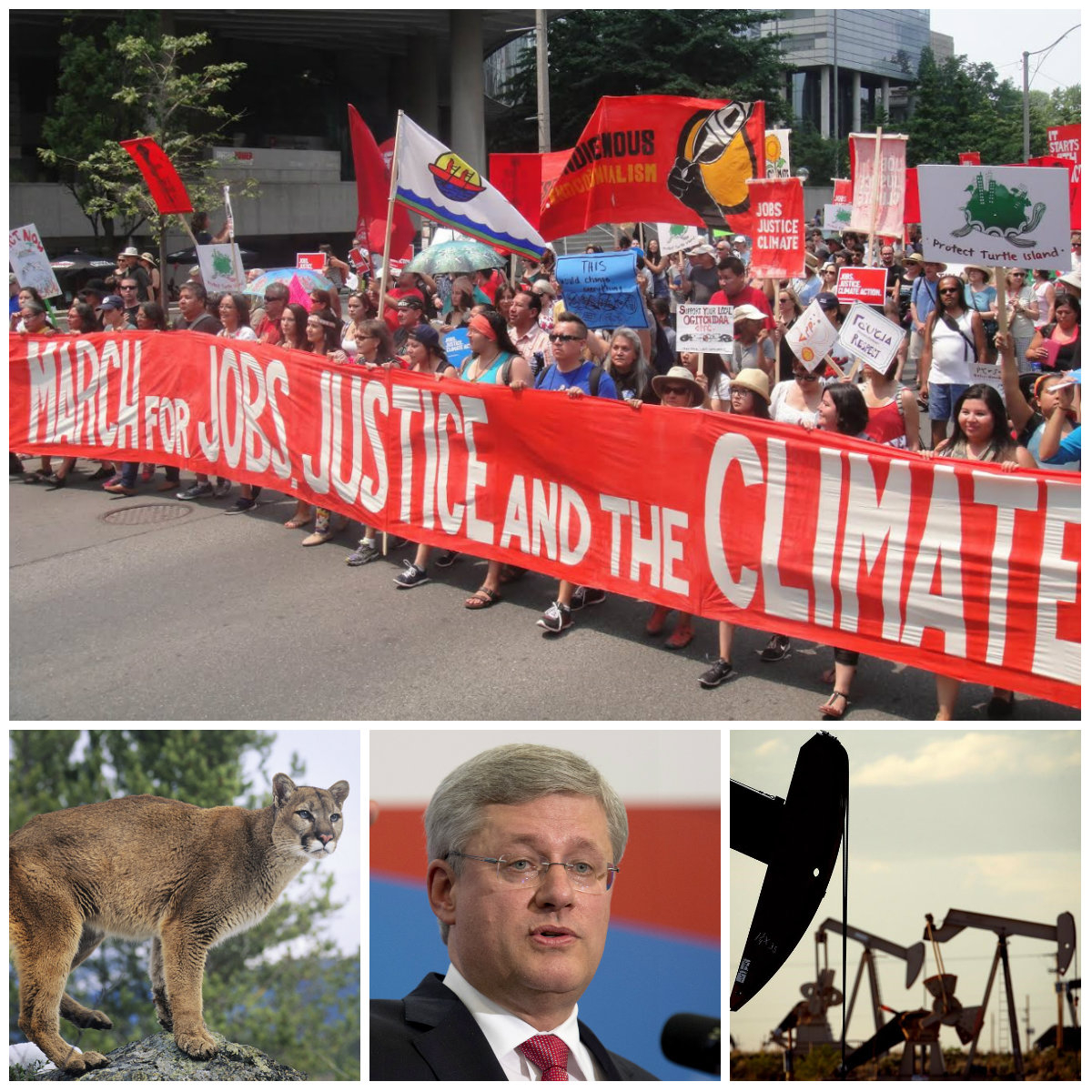 Scientist Alejandro Frid's "A World for My Daughter: An ecologist's search for optimism" addresses climate change from the point of view of a father and an ecologist. Photo by Gail Lotenberg.
Previous story
Next story

In the confusion created by media “opinions” and “debates” about the environmental destruction caused by climate change, there is a place of solid ground. It can be found with scientists like Alejandro Frid, the author of A World For My Daughter: An Ecologist’s Search for Optimism.

“It is rare that a single study determines how scientists consider the world,” said Frid. “It’s more the collective body of work that scientists produce, after going over multiple studies, multiple methods, generating results that are logically consistent with each other, then gaining confidence that what is being said collectively is a good approximation of reality.”

A World for My Daughter consists of a series of letters Frid has written to Twyla Bella, his daughter. She is 11 years old now but when Frid wrote the first letter, she was just three. At the beginning of the book, he describes her over the years.

“At three months old, you laid on the moss, under the canopy of the spruce and pine forest near our home in the Yukon, arms outstretched by your head, your gaze skyward... When you were five, you [took the microphone at a rally and] spoke these clear and loud words, ‘I hope people don’t drive.’”

“…I began to struggle with how much I should tell you about the state of the world.” The letter writing conceit serves as an open and close to the chapters and as a reminder that environmental destruction has intergenerational consequences. The book’s substance, though, is in the chapters’ interiors, where Frid takes the reader through his many years of ecological study, a vast knowledge of the changing planet and experiments he’s conducted from the Haida Gwaii to southern Chile.

A deep, abiding love of nature and people overshadows Frid’s self-described struggle with nihilism. That love is found in his use of language. He vividly, and often poetically, describes places. In his choice of stories, he seamlessly connects the environment to social justice. The book is never dull as Frid travels from one fascinating ecosystem to the next and, with a meticulous eye, takes us on his journeys through ice caps in a kayak to quiet hours spent in Howe Sound.

We live in the Anthropocene age, explains Frid, when geological conditions and processes are profoundly altered by human activities. This has had grave consequences for the earth. Humanity's appetite for fossil fuels has caused the earth to warm 0.8 degrees in the last 100 years, leading to increased droughts, severe storms, and to acidification of the ocean. The ocean absorbs a third of the CO2 emitted into the atmosphere. Rising temperatures change entire ecosystems, causing the extinction of species, and unbalancing predator-prey relationships. Though scientists have provided a roadmap to stop the rising emissions and the imminent disaster it will create, the fossil fuel industry and its public subsidies are only getting bigger every year, warns Frid.

Canada is a serious offender in its disregard of scientists’ warnings. In recent years, under Stephen Harper's Conservative government Canada has played its part “waging war on our future by dismantling environmental legislation, muzzling federal scientists and eliminating government programs aimed at scientific management of natural resources,” writes Frid.

The goal of the government is to clear the way for pipelines, and accelerate the exploitation of the tar sands, he explains. As an example, he points to the Conservative Government’s elimination of the Fisheries Act.

By killing the Act, which had existed for 144 years, the government cleared the way for “thousands of stream crossings by proposed fossil fuel pipelines” so corporate agendas weren’t slowed by legislation. Now that it is gone, 80 per cent of the freshwater fish species currently at risk of extinction are in jeopardy.

“Even if we stop the fisheries, a lot of those species in trouble are not going to recover to the point they were at 50, 100 years ago,” he said.

“Canada’s actions are inseparable from the broader issues of equity,” writes Frid. In order to stop temperatures from rising a disastrous two degrees "requires that all nations work together to concurrently phase out fossil fuel production.”

He attended a meeting of the American Association of the Advancement of Science (AAAS)—organized by the Office of International and Security affairs, a U.S. Department of Defense academic institute— regarding the impact of climate change in Bangladesh. Frid notes in the book that an interest in climate change from a defense point of view is pertinent and prescient. Scarcity of resources and disruption of cities from rising oceans or rivers drying up leads to conflict. A healthy biosphere and a just society are interconnected.

War, contends Frid, also occurs because of food scarcity, partially a consequence of drought and other environmental disruptions. In his study of lingcod and rockfish, he examines how less food causes animals to take greater risks and act more aggressively, shifting delicate balances. When food becomes scarce and life more precarious, animals fight to survive. People are no different.

Like many scientists, Frid shifted gears from pure scientist to scientist/activist around 2000. He followed the lead of NASA climatologist James Hansen and other colleagues who understand time is of the essence.

A study by Hansen found that weather anomalies occurred ten times more frequently in the past twenty years than the preceding thirty years. The anomalies are attributable to human-caused climate change. Catastrophes, Hansen realized, could become the new normal.

Frid and other scientists stood against and stopped a train loaded with coal. He protested with others on Burnaby mountain against the Keystone pipeline. He has been arrested for acts of civil disobedience. “A World for My Daughter” is another form of activism.

Before writing the book, Frid wrote articles and took a creative writing course. In the class, others told him they found his words meaningful. That was the impetus he needed to write a book. In addition to the letters he was writing to Twyla Bella, he gathered his many years of research, an accumulation of field journals.

Like many unknown writers, he couldn’t find a publisher. He decided to self-publish a small run of the book. One of those books made it into the hands of a person at Caitlin Press, which published this edition.

“The experience of writing the book itself was tremendously satisfying. It made me learn more about topics that I did not work directly on but that I care about. It gave me the opportunity to ground myself, settle in every way, spiritually, emotionally, intellectually, to confront the situation that the planet is in and look for viable ways to change it,” he said.

He hopes readers will use what they learn from the book to inform their voting decisions, and that it will help spark collective action. Frid believes the only solution that will stave off disaster — though not stop irrevocable change — is a moratorium on new infrastructure for fossil fuels that will not just slow its development, but stop it.

We will have to be resilient, he said, because the changes that have occurred are mostly irreversible. He looks to the practices of indigenous peoples he knows as a way of surviving in the future.

“Resiliency, like that which abides in the spirit of the indigenous people, is what we will need in a future plagued by shortage, drought, severe weather and climate change.“

“As modern indigenous people they understand that the language of science can communicate things that will help them go farther when it comes to trying to change policy,” said Frid.

It’s a reciprocal relationship, he explained. They acquire from him a language needed to deal with government, and he learns from them what science tries to formalize. They act with knowledge that every decision has repercussions on people and the world, he said.

Frid knows well that the repercussions of our actions today are passed down to the next generations, to his daughter and everyone else.

It will be, he believes, a struggle against the tide and wind. As he writes to Twyla Bella,

“…snow flurries sweeping the horizon, snow-capped mountains temporarily swallowed by dark clouds, then pulled back out into the pouring sunbeams: a sky painting of possibilities. Amidst this intense dynamism of the atmosphere, the squall and tide are against you. Tired as you are, you paddle harder.”

Frid hopes to someday write another book. He will be speaking at the Vancouver Writers Festival on October 23rd at 10:00 (event #54). https://www.writersfest.bc.ca/