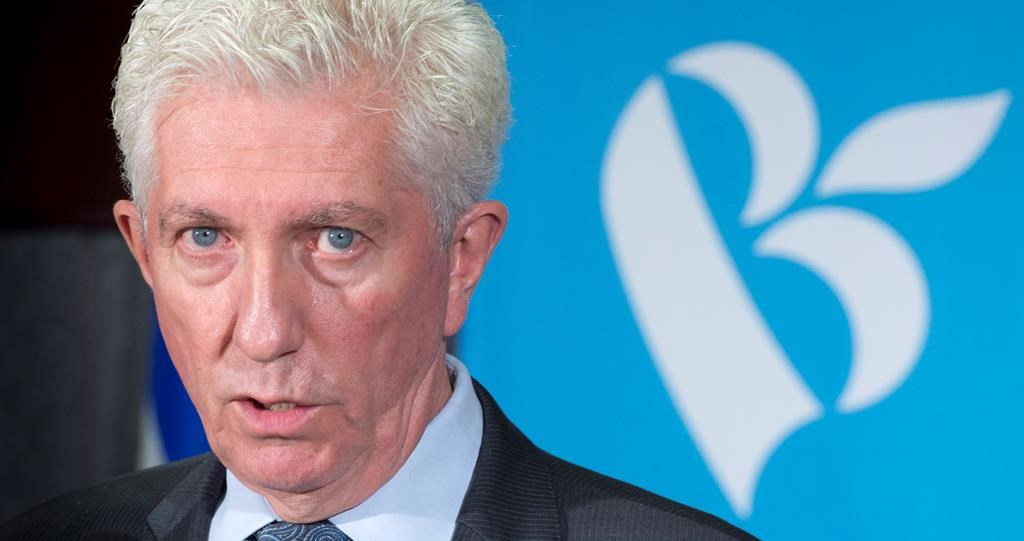 After winning a mere four seats in 2011, the Bloc won 10 ridings, leaving it tantalizingly close to the magic number of 12.

Laverdiere won the seat in 2011 by a little more than 5,000 votes and took it again this time in a tighter, three−way race with the Liberals.

Duceppe, 68, congratulated Laverdiere and hushed the crowd as it heckled, calling her victory democracy at work.

The last of the federal leaders to speak, Duceppe made no mention of his political future in a tight, early−morning speech.

Duceppe is the only political field general the Bloc has known in recent years and under his guidance, the party won 44, 38, 54, 51 and 49 seats before their 2011 trouncing and Monday’s modest comeback.

"They said we were lost, now we’re more numerous than we were," Duceppe said to chants of his name. "It’s not the victory we’d hoped for, but we ran a good campaign."

Party faithful, some draped in Quebec flags, and helping themselves to buttons bearing the party’s campaign slogan, We Have Everything To Gain, seemed generally upbeat.

Mario Beaulieu, who was replaced by Duceppe as leader this past June, won his riding, as did Louis Plamondon, an ever−present in the Commons since 1984.

About 300 supporters crammed into a Montreal theatre, sipping beer and cheering mightily as each Bloc win was flashed on the big screen.

With the exception of Beaulieu, all of the Bloc’s seats were in the outlying regions.

As the party entered the campaign with just two seats, the Bloc’s performance on Monday will be viewed by many party supporters as a positive result.

Parti Quebecois Leader Pierre Karl Peladeau campaigned with Duceppe on numerous occasions during the campaign, but Peladeau often cautioned against drawing any conclusions from whatever result the Bloc would post Monday.

As for Duceppe, he reiterated his sovereigntist goals.

"It is better to be a country in the world than a province in Canada," he said.