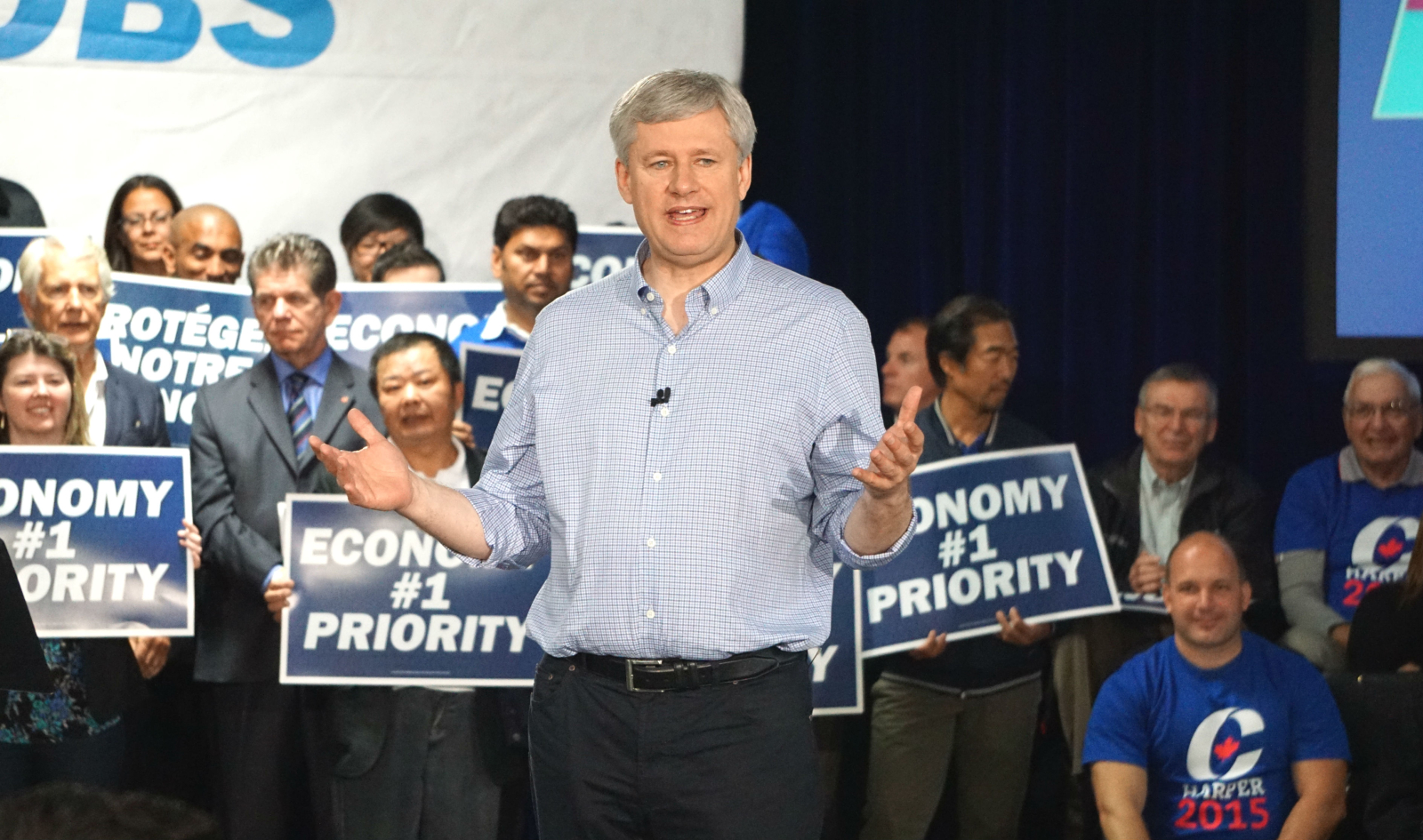 The search is on for a new Conservative leader after Stephen Harper stepped down on Mon. Oct. 19, 2015. Photo by Elizabeth McSheffrey.
Previous story

The names of potential leadership contenders began swirling around Conservative circles within hours of Justin Trudeau’s Liberal win, including that of another man who grew up at 24 Sussex Drive — Mark Mulroney.

Mulroney, son of former prime minister Brian Mulroney, is the head of equity capital markets at National Bank. Brother Ben is a well−known broadcaster with the CTV network.

His name might be sheer speculation, but in these early days before the race crystallizes, party members will have fun blue−skying about possible contenders.

The structure of the race itself hasn’t taken shape yet. A conference call of the party’s governing body will take place Tuesday night to appoint a committee tasked with organizing the leadership contest. The Conservative constitution lacks specifics on the rules for a leadership contest.

Ontario MP and former cabinet minister Lisa Raitt isn’t ruling out a run, but said there’s analytical work to be done before anyone heads down that road.

"We need to understand what happened before we understand where we’re going in the future," said Raitt, who is advocating for a meeting of all current and unseated caucus members.

"Until you know what the problems were, you can’t put yourself forward being the solution."

"I can’t answer that now," Ford told Toronto Sun reporter Don Peat on Tuesday when asked about the unfolding race.

He was seen having lunch recently with another possible contender, MP and former cabinet minister Kellie Leitch. Leitch has been said to be kicking the tires for a possible run.

Of all the names most often mentioned, MP Jason Kenney is the one believed to be the best organized and placed for a run. Party insiders say Kenney has been quietly putting together a base of support for many years, particularly through his contact with ethnic communities across the country.

He is also likely to have the strongest support within the caucus itself, having lent his campaigning and fundraising assistance to so many of the MPs and candidates.

MP Michael Chong, a politician who earned a reputation for defending the voice of individual MPs and calling for civility in the Commons, is another person who comes up in conversation. Former parliamentarians Peter MacKay and James Moore are two others.

But the fact that the Liberals won such a decisive majority might dissuade some from considering a run, since the next Conservative leader would be in opposition for an indefinite amount of time.

That could apply to former Quebec premier and ex−Progressive Conservative leader Jean Charest. Saskatchewan Premier Brad Wall said Tuesday to count him out.

"It’s flattering when you hear people say that and it’s humbling, it really is. But no, the answer is no," said Wall.

"I think I have the best political job in Canada. I’m grateful to have this job."

"No, I have a big job here in British Columbia," Clark said. "I have always seen my role as to fight for B.C. I intend to keep giving this 100 per cent of my attention."