From Paris to the sky: Tim Flannery offers a third way 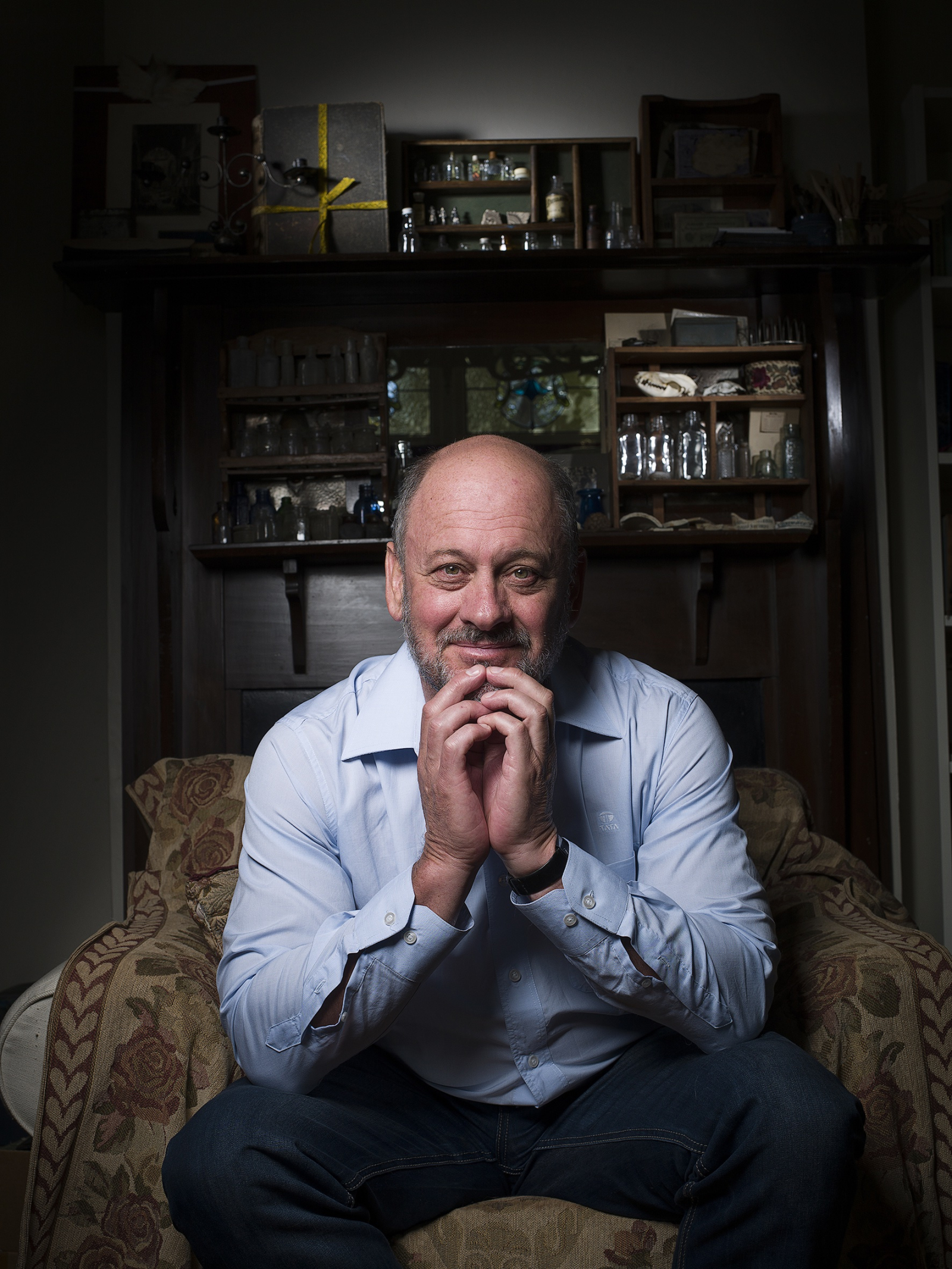 Certain people rise above the crowd. They choose to use their extraordinary talent and intelligence to make a difference. Scientist, scholar and activist Tim Flannery is one of those rare people. His latest book, Atmosphere of Hope: Searching for Solutions to the Climate Crisis, is a brilliant examination of where we are with climate change and where we might be able to go. He offers a perspective that neither denies the potential of catastrophe nor abandons the reader to hopelessness.

While we talked, his wife and two and a half-year-old son were walking in the increasingly common Vancouver sunshine. He and his family had arrived the day before from Melbourne, Australia, their home. Though jet-lagged (his eyes were red-rimmed), Flannery was amazingly present. With soft-spoken generosity, he leaned forward to explain complicated ideas in simple terms and was animated when discussing the potential of a technological revolution like humankind has never before experienced.

Flannery’s Canada visit comes on the eve of the United Nations Climate Change Conference in Paris. Keenly aware of the importance of the Paris meeting, Flannery said that if governments don’t decide on clear outcomes for the coming years, the planet faces disaster. Atmosphere of Hope should be requisite reading for all who are en route to Paris.

The big question about climate

The big question is, “How much can temperatures rise before life as we know it is destroyed?" Flannery sat back and patiently explained. Temperatures have warmed 0.9 degree C. above the pre-industrial average, but the greenhouse gases already in the air will warm the planet to 1.5, even if all CO2 emissions stopped right now.

This is because global warming is not linear. CO2 remains in the atmosphere and creates a sort of warming loop, with one effect causing another. At 1.5 degrees, things will look very differently than they do now. One example of the impact will be the end of Australia’s Great Barrier Reef, he said.

Over the last decade, greenhouse gases have been emitted into the atmosphere at the worst-case scenario rate, he explained.

Consequences have been more severe than anticipated. Drought, fires, melting ice caps, acidification of the ocean, diseases in plants and animals and the demise of species all attest to the effects of global warming.

“The reality is that we are committed to 1.5 degrees no matter what we do in terms of emissions reductions. The fastest phase-out [as opposed to stopping today] of fossil fuels imaginable would put us through the two degree barrier,” he said.

“What the Paris meeting will do is get us off the worse-case scenario trajectory and onto a trajectory headed toward 2.7 degrees.”

A decade ago scientists realized 2 degrees is “the threshold to really, really toxic change. And if we go beyond that we threaten our global civilization.”

Where's the hope in the climate scenario?

But 2.7 degrees puts us over the really, really toxic limit. So, where is the hope?

Flannery suggests a “third way,” a term he coined to define a group of emerging technologies that capture CO2 and take back what is already in the atmosphere.

No longer is it necessary to rely on ideas of geo-engineering, such as shooting sulphur into the atmosphere, something China is still considering, but which is hugely risky, said Flannery. Instead “third way” technologies can capture carbon in various ways.

Solutions range from simple, like reforestation—however, to capture enough CO2 would require reforesting a land mass the size of Australia— to painting roofs with olivine that reacts with rainwater to remove and store atmospheric CO2.

In the Peruvian Andes as the glaciers melt away, people have started painting the mountain summit with white paint and sawdust to reduce heating. Carbon-negative plastics and fibres, and biochar, a mineralized form of carbon, are both possible parts of the solution. The cultivation of seaweed could also help if used as a source of generating energy.

In addition, carbon capture and storage, either under the sea, or in the Antarctic will probably be necessary, explained Flannery. The scale of capture is beyond the usual comprehension of enormous, with an annual take-back of 4.8 gigatonnes of carbon.

Climate change is a 'lived experience'

Flannery has written an astonishing number of books, thirty-two in all— but he hasn’t written about climate change since his award-winning best-seller The Weather Makers a decade ago. Despair, he said, kept him from the subject. Then three things happened.

In 2006, Richard Branson, who Flannery says is more pessimistic about the future than he is, established a £25 million Virgin Earth Challenge prize to encourage people to think about technologies that could draw CO2 out of the atmosphere.

There were 11,000 applications. By 2013, Flannery, as one of the judges, had seen enough to believe that collectively there may be a combination of solutions to effectively draw down the CO2.

The second glimmer of hope came from a 2014 International Energy Agency report that found greenhouse gas emissions had stalled in 2014, and that global economic growth had decoupled from greenhouse gas emissions growth. That meant that economic growth was no longer attached to the extraction of fossil fuels. Renewable energies, wind and solar, were on the upswing, and rapidly changing the energy industries.

Gas, which is being touted by some in Canada as a viable transition to renewable energy, doesn’t make sense, said Flannery.

“The amount of money wasted on fracking in Australia has been in the billions and billions of dollars… The use of gas for electricity generation has evaporated. The renewables are just so much more cost effective. People talk about gas as being a bridge to the future as if there are 20 or 30 years before the renewables are going to really start competing. It’s just not true,” he said.

Flannery’s third dose of hope has arrived while touring his book, an experience he describes as “so different” from when he toured The Weather Makers. Then, he needed graphs to explain climate change, but today climate change is a lived experience. People know what he is talking about and many are willing to fight for change.

“The truth is collectively we have made a difference already through the billions of actions that we have all done,” he said.

Much of that collective action he attributes to youth coalitions worldwide.

“I just think they are phenomenal. The divestment movement in universities was driven by students. And there are young tech people, young engineers who understand this stuff, who see they are going to make their first billion out of a third way technology and that is a great ambition to have,” he said.

Climate Science, Energy Sources and Fight For the Future

The book is organized in three sections. The first section, "Climate Science," is about as bleak as it gets. If you read only this section, you would never guess there is hope. It covers the effects of the global temperature climb from ocean acidification to habitat loss, and species decline and death.

The book’s second section deals with energy sources: coal and oil, gas, nuclear, wind and sun. Flannery has thrown in a chapter on divestment and its effects on the carbon bubble, and another, tied hand-in-hand to energy, on electric vehicles. China plans to have half a million plug-in hybrid and electric vehicles on the road this year and five million by 2020.

Fossil fuels will need to stay in the ground, he writes, or the entire carbon budget will be used up by 2028.

“If humanity is to have a fair chance of a decent future, about 80 percent of the world’s valued fossil fuel reserves must be left in the ground.”

The title of the third section, "Fight for the Future," is apt. Flannery makes it absolutely clear that we are in for major environmental changes, and the future will not be easy. We will have to fight for the health of the planet and adapt to inevitable change. Part of the effort, investing in “third way” technologies, needs to begin now, he said, or the future could be very bleak indeed.

Adapting is already in motion. In Bangladesh, floating gardens and fish ponds are being created to deal with flooding. Given the economic inequalities between developing and developed countries, economic uncertainties will also effect the future. In Africa and India, 300 million and 600 million people respectively live without access to electricity. They will be coming on the grid.

The effects of climate change are already straining economies and that will just get worse, making it all the more important, he argues, to invest in research and development now.

Among the many unknowns is methane gas, a greenhouse gas that occurs naturally and can be up to 60 times as potent as CO2 and is 20 times more potent over a century long period. In the arctic tundra and under the water, there is lots of methane. As temperatures rise and the tundra tends to melt that methane can be released in large scale lumps. Already research vessels have seen it bubbling from the bottom of the Arctic sea.

“That is a risk as the warming continues... that we will have this positive feedback loop where the tundra will warm, more methane will escape, etc. It is something we have to avoid,” he said.

There is only one solution and it is outlined in the book. Cap emissions and then get gas out of the air.

Atmosphere of Hope: Searching for Solutions to the Climate Crisis is published by Harper Collins Publishers, Ltd.