Warren Kinsella dishes on who will be Trudeau's Minister of Environment 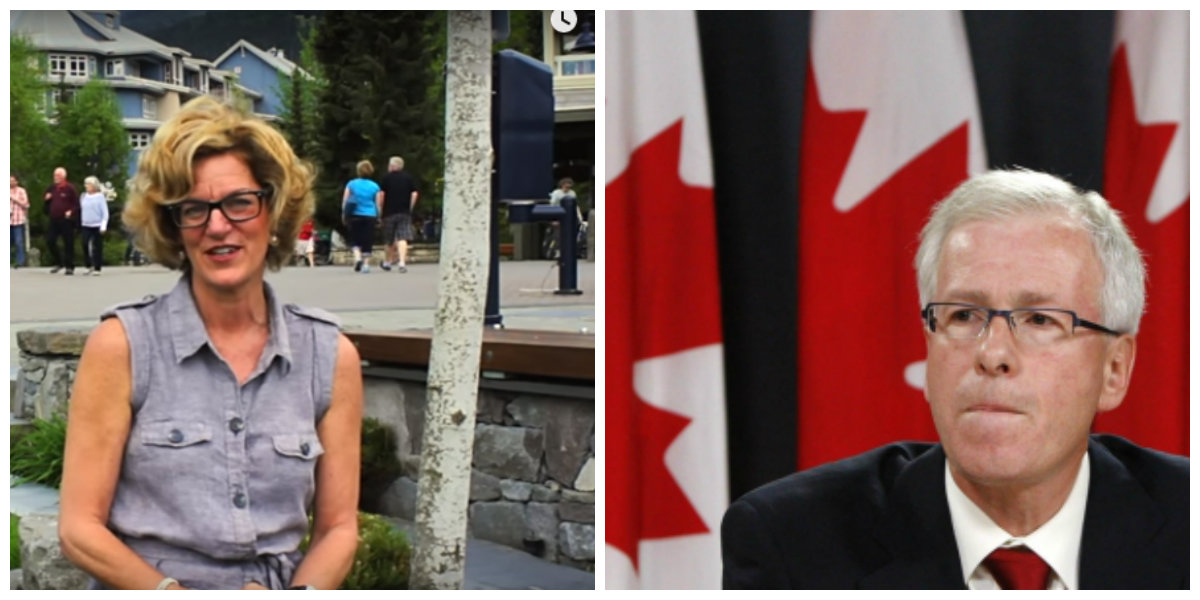 Will Elizabeth May be the next federal Minister of the Environment? Not too likely – even though a growing enthusiastic, populist movement has been championing the idea.

Three petitions are circulating, calling on Justin Trudeau to make the Green Party leader the minister. Trudeau, however, has no need to look outside his own caucus – which is packed with potential candidates – for the position.

“I just don’t see that, however capable she is,” said Warren Kinsella, a former advisor to former Liberal Prime Minister Jean Chretien. “If you reach outside the circle of people who are elected as Liberals to somebody who is their opponent, you could have some of these folks pretty mad at you.”

As qualified as May is for the job – and the former director of the Sierra Club of Canada and a long-time champion of the environment is very qualified – so are many of the newly elected Liberals. In fact, it’s almost an embarrassment of riches when it comes to the number of people who could step up to the position.

Some of the most experienced candidates include former Liberal leader Stephane Dion, who as environment minister in 2005 helped manage the United Nations Climate Change Conference in Montreal; and John McKay, who has been the Liberal Party’s environment critic since 2013.

Another is David McGuinty, a MP who has served as the opposition critic for energy and the environment and previously worked as the president and CEO of the Prime Minister’s National Round Table on the Environment and the Economy.

John Bennett, the former director of the Sierra Club of Canada, suggests Marc Garneau, the Canadian astronaut turned politician, would be a credible choice with his science connections and stature. He also points to Kirsty Duncan.

Duncan taught meteorology, climatology and climate change at the University of Windsor from 1993 to 2000. She also sat on the influential, Nobel Prize-winning Intergovernmental Panel On Climate Change.

Over at Ecojustice, executive director Devon Page puts forward such candidates as Joyce Murray, a former Environment Minister for British Columbia at the time when the province was introducing its carbon tax; and Will Amos, an environmental lawyer and advisor to a former Minister of the Environment on matters related to species at risk.

Page also cites Duncan as a logical choice for the portfolio.

Other names that have come up include Pamela Goldsmith-Jones, a former Mayor of West Vancouver who led that community in mitigating the impact of climate change upon it, resulting in a UN Global Green City Award.

The National Post suggested Jody Wilson-Raybould could potentially be tapped for the job. Wilson-Raybould is former crown prosecutor and regional chief for the Assembly of First Nations.

With no lack of talent for the position, what should Trudeau look for?

Kinsella calls the portfolio an economic one, requiring the minister to find a balance between people who want to develop and those who are less keen on the idea. The job needs a diplomat who is able to fashion a reasonable compromise.

Trudeau needs to find someone who is neutral to run the department, according to Kinsella. “As with the Ministry of Health, you just generally never or seldom place a doctor as the head of health, because they would be seen as a special interest.

“By the same token, you don’t want to have someone who’s a member of Greenpeace running the Ministry of Environment or somebody who’s a lobbyist for Keystone XL. You really have to get somebody who’s knowledgeable, but not seen as hostage to a special interest.”

Finally, Kinsella says the minister needs to be acutely sensitive to the international dimension of the job. In six weeks, the minister will land in Paris for the climate change summit; and tension between the U.S. and Canada is foreseeable in the near future over the fate of the Keystone XL pipeline, which the Obama administration does not favour.

Bennett says the portfolio would benefit from someone of stature, who is a good listener and communicator. The issues, particularly climate change, are nuanced, Bennett notes. “We need someone who can give everybody confidence that they’ve got a grasp of it and are in control.”

Bennett believes the federal Liberals should take a page from Ontario and name the portfolio Environment and Climate Change. He also says once the minister is named it’s important to see whether whoever is in charge of climate change is named to the priorities committee or if there might even be a special cabinet committee on climate change.

Bennett says such a move will “tell us just how serious they’re going to take the issue once they take over.”

If you Goldsmith-Jones's record is anything to go by, it sounds like the Liberals are prepared to treat the environment very seriously. Speaking from her riding of West Vancouver, Goldsmith Jones says, “We’re eager to take our spot at Paris at the climate talks and we’re eager to fulfill our role as world leaders, which has lapsed seriously.”

The newly minted MP says she spoke recently with veteran Liberal and former Finance Minister Ralph Goodale, who told her one of the first orders of business could well be an audit of environmental legislation to understand what’s been lost and what they might have to bring back.

Goldsmith Jones said beyond looking at the environmental legislation “that has been so gutted by this past government,” the Liberals need to establish a fair, open, transparent environmental review process, which includes restoring the integrity of the National Energy Board, and work to set a price on carbon.