By Elizabeth McSheffrey | News, Energy | October 28th 2015
#9 of 15 articles from the Special Report: The Climate Innovator Next Door 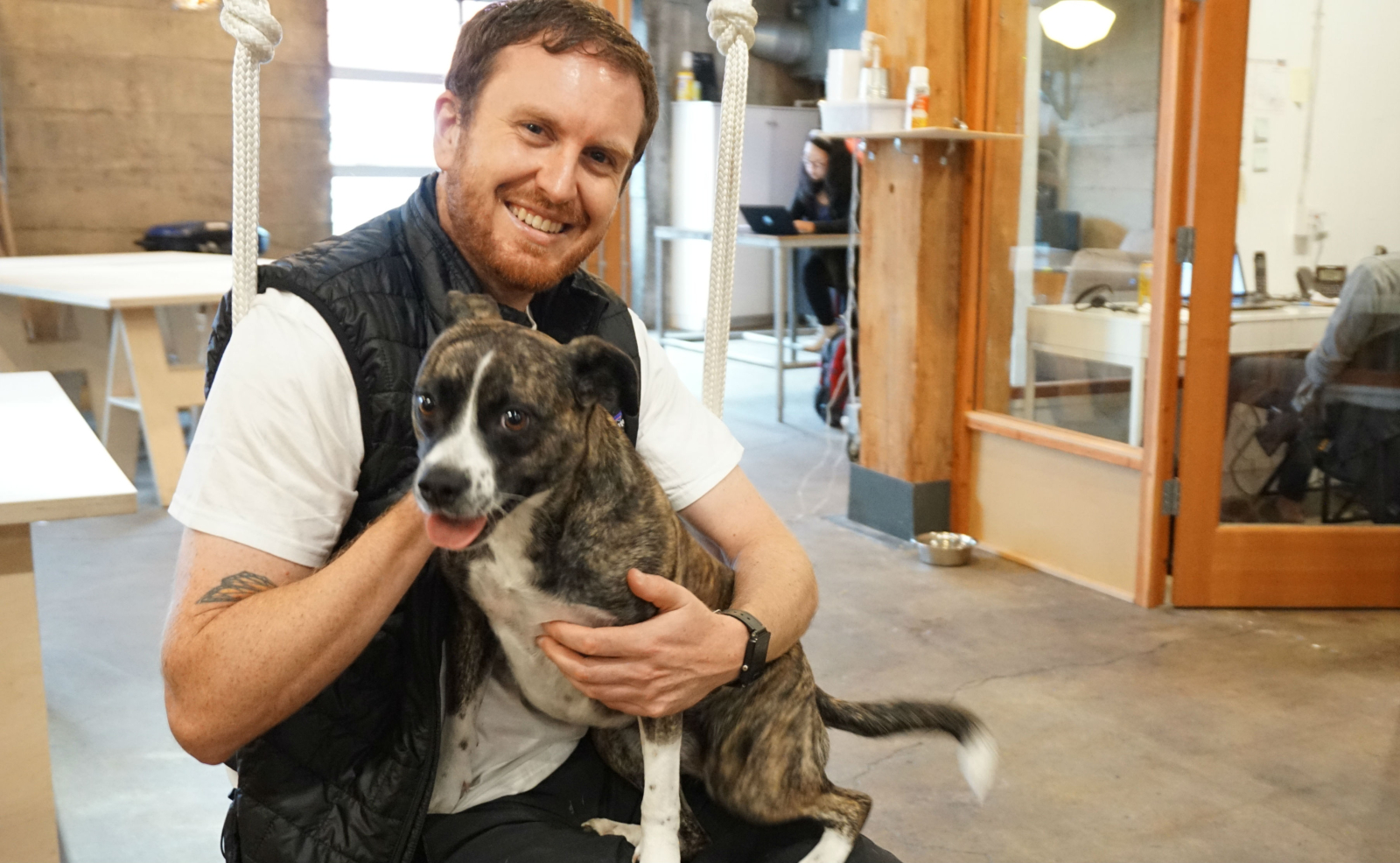 It’s not as simple as “cause and effect,” he notes, as sometimes people have a hard time identifying with environmental outcomes that can’t be seen or immediately experienced.

“I’ve been struggling for a long time to find ways to make it real, personal and tangible for folks,” says West from his office in Vancouver, B.C.

“It touches everybody worldwide and really ties together a number of different issues; pollution, manufacturing, waste management, transportation.”

That’s why he came up with The Great Climate Race — a 10k run or 2.5k walk that begins at Stanley Park on Sunday, November 8th— that raises funds for renewable energy projects in B.C.

He had been looking for another way to ‘spread the word’ about climate change for quite some time, but couldn’t find an existing public event that was uniquely focused on the cause.

“The most fun you’ve ever had changing the world”

“At the time I’d been thinking about how I could get more resources and support for specific renewable energy projects, particularly along the routes of [West Coast] pipelines,” he tells National Observer. “It’s very much a startup and passion project of my partner and I.”

On its website, the event touts itself as “the most fun you’ve ever had changing the world,” and includes glowing endorsements from the likes of former federal Environment Minister Tom McMillan and Canadian Triathlon Hall of Famer Mark Bates.

Costumes are encouraged, prizes will be awarded, and organizers are anticipating more than 1,000 participants.

“It’s been called the greatest threat facing humanity today,” says West. “It’s the kind of issue that’s sort of a trump card to everything else.”

One hundred per cent of funds raised by participants will go to solar energy initiatives throughout the province — the cause West and his team chose to champion for the inaugural Great Climate Race. Runners can even submit community projects of their own (think schools, churches, town halls, and recreation centres) to be considered for a set of new solar panels.

"Our goal is ultimately to do a series of different runs and sizes to support as many of these projects as are viable," West explains. "If we don't get enough money raised this year to fund all of them, we'll do smaller runs just in support of these specific communities."

Solar power is a clean, inexpensive alternative source of energy, and its costs are expected to fall by another 40 per cent by 2017. According to the International Energy Agency, the sun could be the world's largest source of electricity by 2050, surpassing fossil fuels, wind, hydro and nuclear energy.

West's goal is not only see more panels on public and private buildings, but to dispel some of the myths that surround it:

"The thing I kept running into is people... buying into what they’re being told by politicians and big businesses who try to convince us that [climate change] solutions are basically down the road, [that] we don’t have the technology yet and we’re not quite ready to make the transition," he explains. "We actually have everything we need right now."

"We’re might not be able to make a 100 per cent transition tomorrow, but we definitely could be on a path to reduce dependence on fossil fuels.”

Climate change affects everyone, he adds, and to make sure no one is excluded from the race, The Great Climate Race also includes a virtual component that allows runners to participate from anywhere in the world.

So far, this feature has attracted people from as far away as Morocco and Australia.

“The Paris Climate talks are right around the corner," says West. "We don’t have time to wait, we need to be doing things as quickly as we can and climate change really is a race against time."

To get involved in the race from abroad or anywhere else in Canada, participants must simply register, complete their 2.5 or 10-kilometre race during the first week of November, and share their results online. Photos and videos are encouraged, and if the virtual race really takes off, the second annual Great Climate Race could take place overseas, says West.

The inaugural event will take place on Nov. 8 in Vancouver's Stanley Park. For more information or to get involved, visit www.greatclimaterace.org.