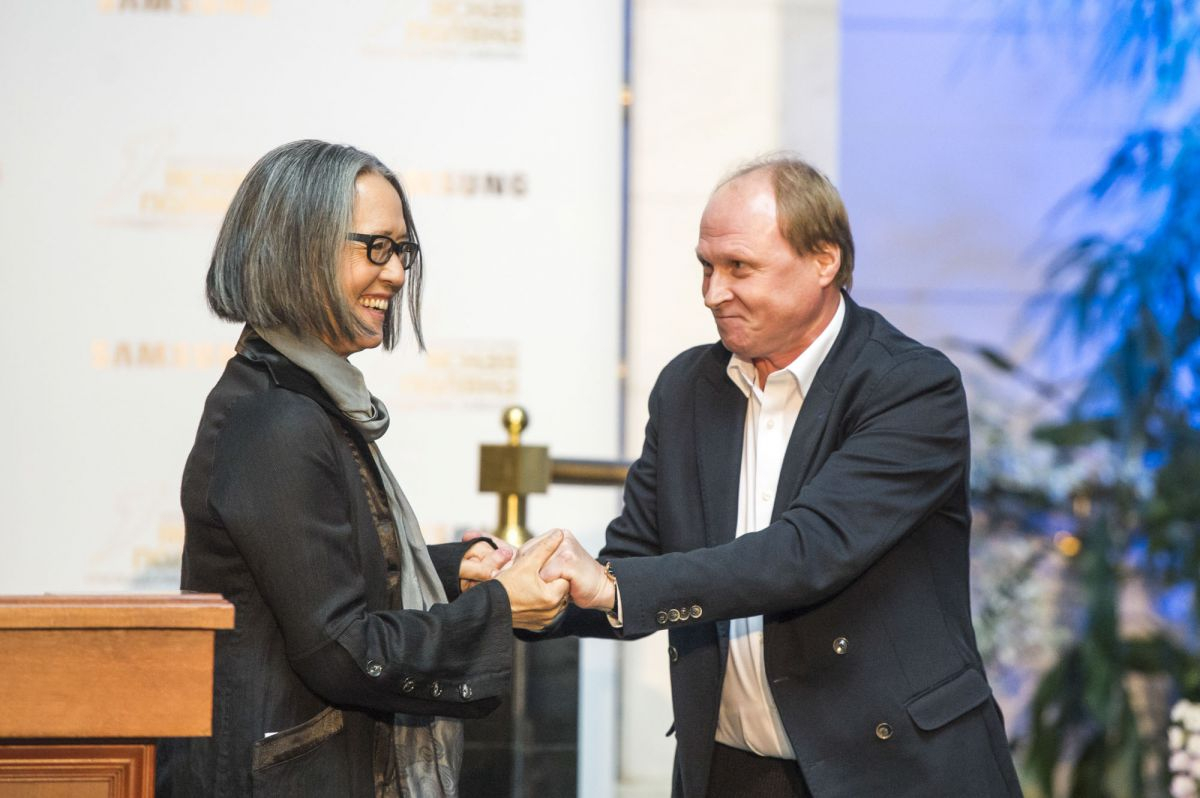 Canadian author Ruth Ozeki is the proud winner of Russia’s 13th annual Yasnaya Polyana Literary Award for her novel A Tale for the Time Being.

“To receive this award, given by the Tolstoy estate, is an unimaginable honor, and I am deeply grateful. We writers like to take credit for connecting people with our stories, but actually human beings are already deeply and fundamentally connected, and our stories are simply an expression of this. Literature affirms our connection with each other. Literature works because people enjoy this sense of basic human interconnectedness and find it inspiring,” said Ozeki in her acceptance speech.

Ozeki was selected from a list of 33 foreign nominees that included fellow Canadian Margaret Atwood, who was shortlisted for her book The Blind Assassin, published in 2000. Other notables included Irish author John Boyne, who wrote The Boy in the Striped Pyjamas, a tale of friendship set in the Holocaust.

Vladimir Tolstoy said that expanding Yasnaya Polyana to include foreign authors reflected his nostalgia “for the days when we were absorbed by world literature.”

He further said that the first winner under Foreign Literature – in this case Ozeki – would set a trend, saying that non-Russian nominees could become “beacons,” of world literature.

“A Tale for the Time Being fascinated me with its humanity, very calm confidential tone, and profound significance. The book is a dialogue between two continents, between two different civilizations, and everything in this book naturally merges into one story filled with compassion, personal involvement in others’ lives/destinies, the very humane attitude, which connects Ruth Ozeki to Leo Tolstoy. Unconditional humanism is characteristic both of A Tale for the Time Being and of Leo Tolstoy’s works,” said Tolstoy.

The Yasnaya Polyana award was first founded in 2003 by Samsung Electronics and the L.N. Tolstoy Museum-Estate and remains one of Russia’s most prestigious and famous prizes for authors.

The award supports both the traditions of classical literature and trends in contemporary literature. The jury, which is headed by Vladimir Tolstoy, includes famous Russian writers, literary critics and public figures.

The Yasnaya Polyana literary award is presented to the best fictional work in the categories of Contemporary Classic, 21st Century, and Childhood, Boyhood, Youth. New categories of Foreign Literature and Readers’ Choice were included for the first time in 2015.