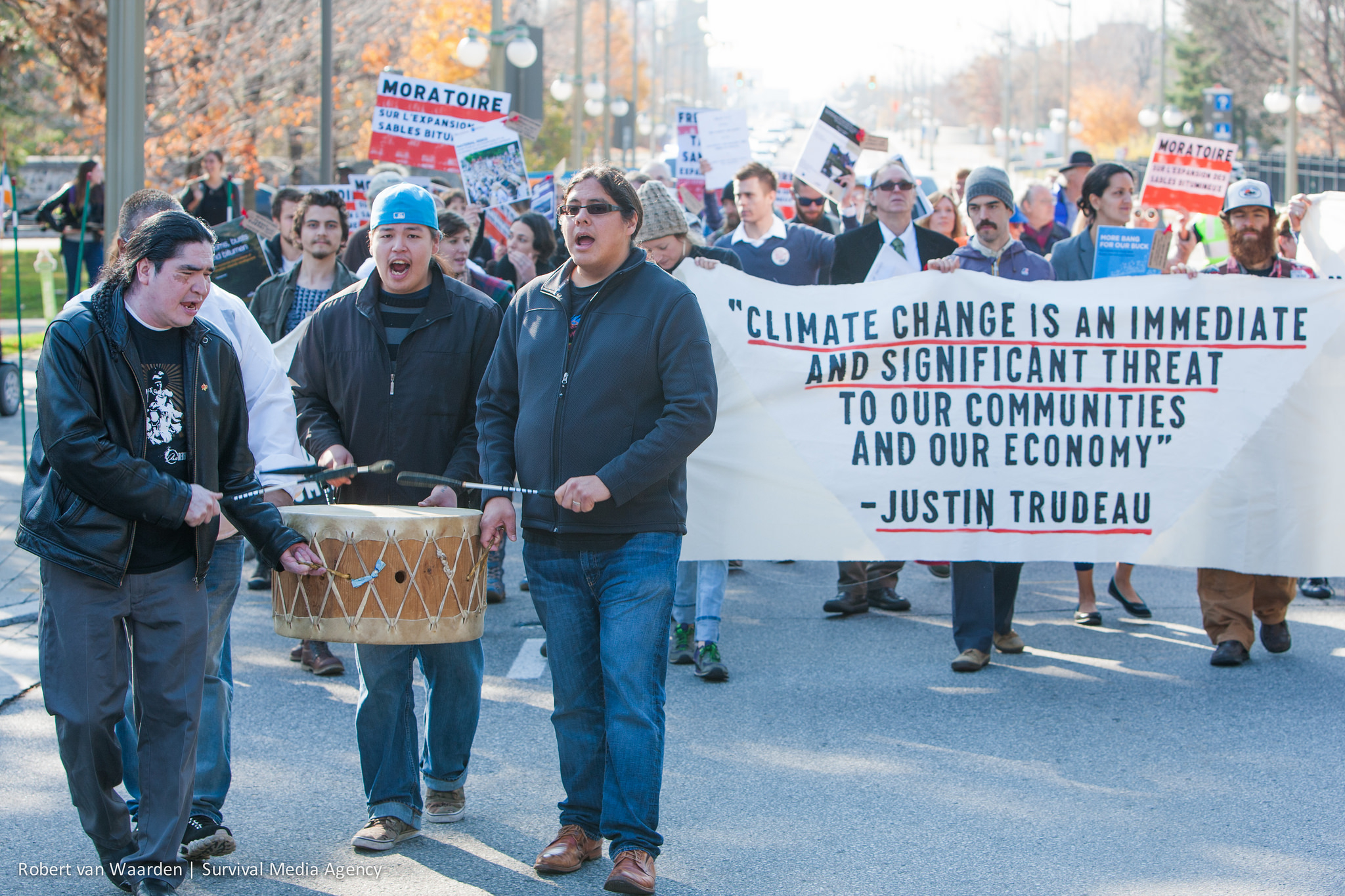 Demonstrators are demanding that Trudeau’s new government freeze all oil sands expansion and make a transition to renewable power sources. The protestors met with a representative from Trudeau’s office, handing over ‘gifts’ of both First Nation treaty texts and research reports that state fossil fuels must remain untapped in order to halt global warming.

“There's really nothing to do except shut down expansion of the tar sands. If they keep growing, it will overwhelm any other step. Every outside observer has figure this out,” 350’s chief Bill McKibben told National Observer on Oct. 23.

While 350 Canada acknowledged that Justin Trudeau has promised to ‘reset’ Canada’s approach to global warming – having appointed a minister for climate change and promising to play a constructive role at the Paris climate talks – time is running out.

“It’s really important that the Canadian government adapts a plan and a stance that’s in line with science and is willing to make the tough choices, create real policy, and make decisions that are going to keep us under two degrees of warming," said protestor Kiki Woods, director of the Canadian Youth Climate Coalition. "We haven’t seen real climate ambition or understanding or action for the entire time that the Conservatives were in power.”

Stating that she was willing to risk arrest, Woods called on Trudeau to keep oil sands in the ground, adopt a federal plan to keep global warming under two degrees, and transition to a clean energy economy that includes retraining for skilled workers currently employed in the fossil fuel sector.

“The truth is, it's not fair to the new prime minister that we're showing up on his doorstep, risking arrest, the day after he starts work, but it's necessary,"said Cam Fenton, tar sands organizer for 350 Canada, in a Huffington Post opinion piece.

350 Canada will be back outside Rideau Hall every day until Nov. 8. They will be bearing further gifts for Justin Trudeau, including water samples from Canadian lakes and rivers whose environmental protections were stripped away by Stephen Harper to facilitate fossil fuel development, as well as solar panels to help the new PM ‘green’ his official residence.