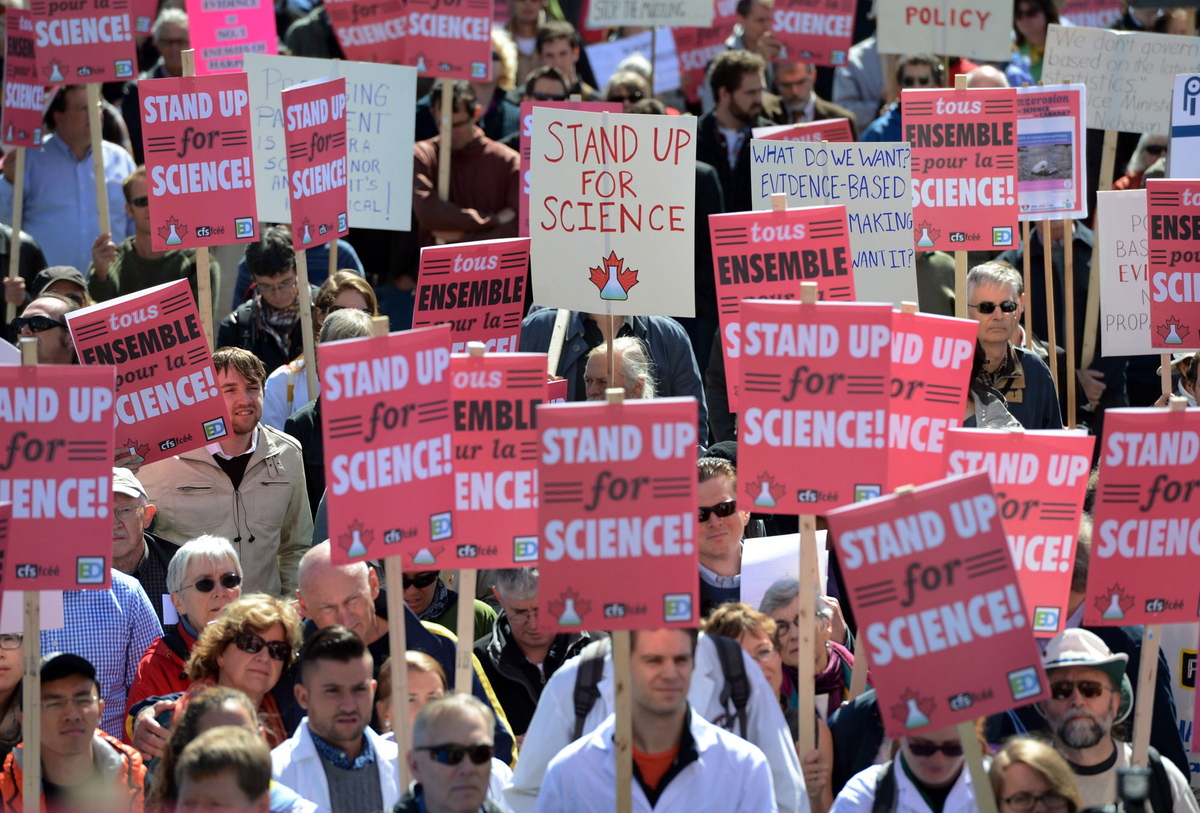 Ottawa is unmuzzling the scientists.

Alain Vezina, regional director of science for the Bedford Institute of Oceanography in Dartmouth, Nova Scotia, confirmed Friday morning that scientists at the institute are allowed to openly speak to media.

Vezina held a meeting this morning to brief staff on the change.

“I think it’s positive,” Vezina said. “I think we still need to work out the details. It’s very new.

"Basically what I told the staff is if you’re contacted directly by the media, let’s say you’re at a conference or a workshop, the media is there. You can talk directly. You don’t have to say, ‘I don’t have permission to speak.’

The DFO was the first government department to lift restrictions on its scientists and the manner in which they communicate with the media, but Environment Canada quickly followed suit.

Late Friday, a media relations spokesperson with Environment Canada told National Observer that any restrictions on scientists had been lifted.

"The government has made it clear that it values science and will treat scientists with respect," said Environment Canada spokesperson Natalie Huneault in an emailed response.

"Environment and Climate Change Canada scientists and experts (such as researchers, meteorologists or climatologists) are available to share their research and speak freely about their work with the media and the public."

Huneault added that departmental policies and procedures are currently under review and will be revised to formalize the new directive.

Over at the DFO, the Assistant Deputy Minister for Science, Trevor Swerdfager, said the announcement applies to some 1550 people in the department’s science sector, including in 14 major institutes across Canada.

The change came after Swerdfager and his management team met to discuss how to respond to media requests. “This is very much in the spirit of and the intent of what we see with this government and here’s how we want to move forward.”

Swerdfager said he spoke with his six regional directors of science on Thursday via a conference call.

“In essence what I said to the regional directors yesterday when we get a call from a media outlet wanting to talk to Dr. Fred, Peter or Mary-Lou, the default answer is yes.”

According to Swerdfager, “Scientists will talk about science. They’re really not in a position to talk about things beyond their scientific purview.”

Swerdfager positioned the change as a conversation with his management team. “So I wouldn’t even characterize it as a directive.

“It’s not DFO’s role to influence or drive government policy in these areas. From our point of view, what we were just doing was just clarifying to our folks, here’s how we’re going to approach things.”

Vezina expects an official memo from the science sector of the DFO next week. “This was a verbal announcement, because the change is effective immediately.”

Vezina noted that media requests to communications will also have to be fulfilled in the required timeline.

When scientists speak to media, they are asked to note down the contact. “The requirement for scientists will be to report on what they said, so we know what communication has taken place.”

During the election campaign, Justin Trudeau promised that the Liberal Party would revoke the rules and regulations silencing scientists and would allow them to speak freely about their work “with only limited and publicly-stated exceptions.”

In recent years, the Stephen Harper-led Conservative government had been accused of "muzzling" federal scientists by controlling who they're allowed to talk to and what they can say about their research.

Scientists complained that the government message control was extreme: in 2014, a reporter's query about algae generated 110 pages of emails between 16 different federal government communications operatives to create an "approved" answer.

The previous government dismissed the accusation, saying the best way for scientists to reach the public was to publish in research journals: