Harper’s reign of terror finally over for scientists 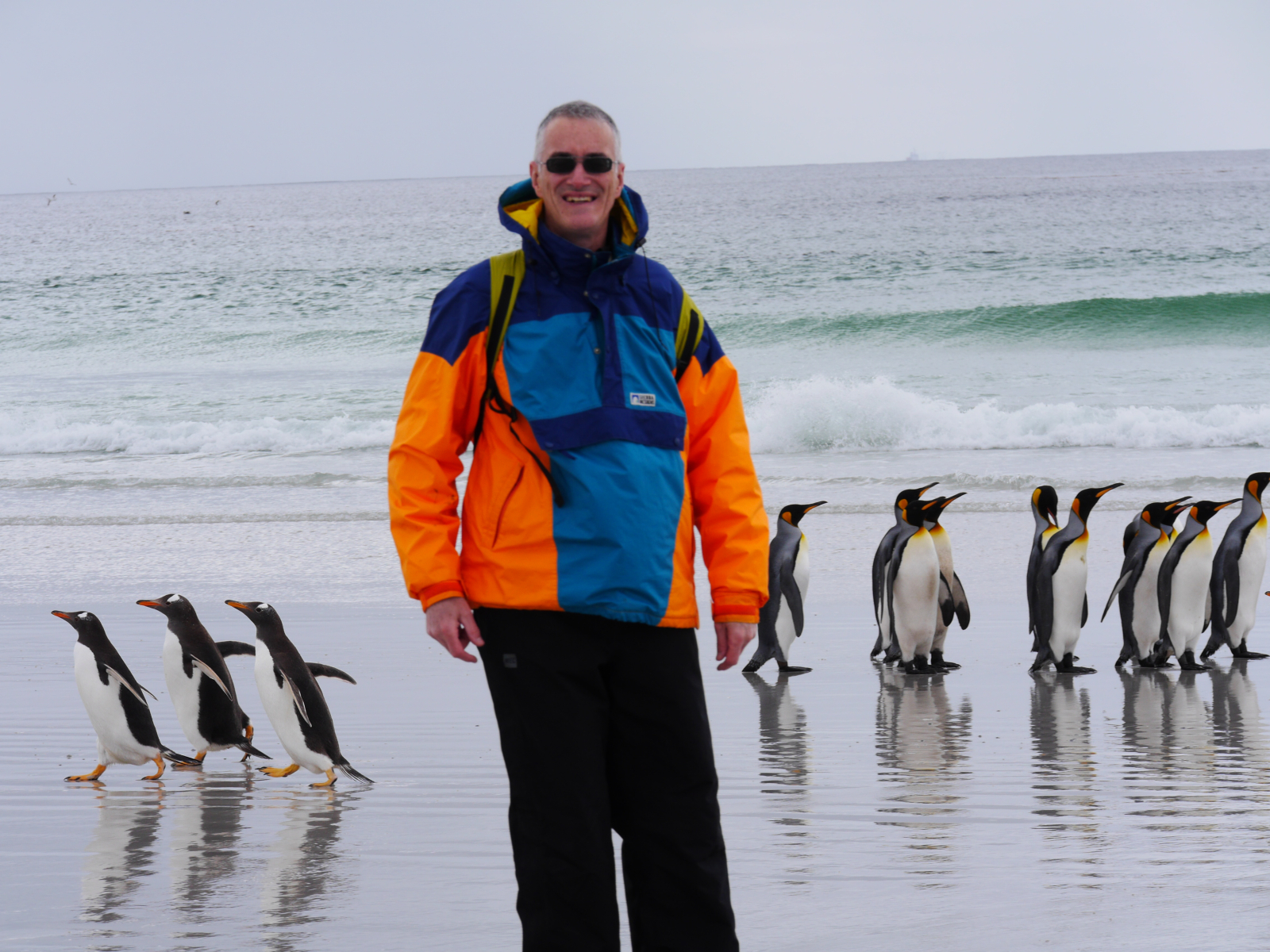 Scientists and public servants are heaving a sigh of relief as Stephen Harper’s "reign of terror" over government science and libraries finally draws to a close.

For Steven Campana, a former senior scientist at Fisheries and Oceans Canada (known by its former acronym, DFO), the Harper Conservative era was a time when science was simply unwanted. During this time, said Campana, he and his colleagues were banned from speaking about their research for fear that facts and logic would get in the way of the Tories' ideological agenda.

“It was toxic – it’s the only word I can use to describe it,” Campana told National Observer. “It was like telling a medical doctor, ‘sit down in the corridor, shut up, and don’t do anything.’”

Campana says such heavy-handed control was unnecessary, as scientists are typically highly cautious when it comes to criticizing government policies.

However, the Harper era’s control-freakery officially ended on Nov. 5, when Prime Minister Justin Trudeau officially unmuzzled government scientists, allowing them to speak freely with the media.

“The reign of terror is officially over, but the after-effects of that reign of terror are going to be with Canadians for a while, and we may not be able to fully recover because the middle or senior bureaucrats in the government departments have been trained to do specific things, such as not approving scientists’ travel,” said Campana.

Even though processes may remain hamstrung by managers left fearful after Conservative tactics, Campana was pleased to see the end of Stephen Harper's leadership on Oct. 19.

“I am very pleased that he has moved on. There is no question that for government science – and science in general – this was a very, very, dark period,” said Campana.

After leaving the DFO earlier this year, Campana took a new job at the University of Iceland’s life and environmental sciences department in Reykjavik. He is pleased to be working in a country where the government actively supports scientific research.

“They are very supportive. They are still at the stage Canada was at 15 years ago,” said Campana. "The whole atmosphere is much more positive.”

Scientist Jake Rice, who, like Campana, also once worked for the DFO, described his former workplace as “quite risk averse, with a dominance of top-down agenda setting.” Rice first joined the DFO in 1982 and retired this year as its chief scientist.

“The creativity and potential for proactive innovation in at least the environmental areas was not cultivated as progressively as with some other governments,” Rice told National Observer.

Referring to the Canadian Public Service motto of “fearless advice and loyal implementation,” Rice noted that it would take time to rebuild a culture of “fearless advice” after scientists and other public services had been muzzled for so long under the Conservatives.

While fixing the damage won’t be easy, said Rice, he remains hopeful that Justin Trudeau’s unmuzzling of scientists on Nov. 5 heralded a new and freer era for the federal public service.

“I would say that there is every indication that we will see an opportunity for a genuine shift towards a balance between fearless advice and loyal implementation. What is made of the opportunity is a collective responsibility shared by all Canadians, not just the public service and the government,” said Rice.

Despite his hopeful outlook, Rice rejected the use of terms like “reign of terror” to describe the DFO under Harper’s rule. Rice said he prefers a more measured approach in detailing what happened to government scientists at the hands of the former Conservative government.

Dr. Peter Wells, a former scientist with Environment Canada, was seemingly one of the lucky ones. He stepped down in June 2006 after a 32-year career that included a posting with the United Nations as a marine pollution advisor.

Escaping just as the Conservatives started swinging the axe, Wells was shocked to see colleagues laid off and federal research libraries wiped out. Describing the assault on libraries as “unparalleled,” the veteran scientist warned that Canada would not recover from the resulting losses of materials, information and professionals, all of which served the public.

“Harper and his government were simply anti-science, anti-evidence and anti-informed policy and decision-making. The cutbacks to scientific staff in the public service were draconian. More than 2,000 positions and people were lost, many in my field [of environmental science], resulting in a loss of a generation of skills, knowledge and capacity that were there to serve the public,” said Wells.

Though not a Liberal partisan, Wells says he breathed a sigh of relief on the night that Justin Trudeau’s Liberals stormed the polls and won a majority government.

“The Liberal government will be fairer, more open, less controlling, [and] more positive. A completely different scenario," said Wells. "The right-wing ‘Conservatives’ under Harper’s control were like a bad dream, as though George Orwell had taken over Canada. It will take some time for Canada to regain its reputation globally but it will happen if we all pitch in and contribute from each of our specialties. It may take longer to rebuild key components of the civil service."

Show me the evidence

Speaking with National Observer on Nov. 3, Katie Gibbs, executive director of Evidence for Democracy, said a top priority for Trudeau’s government was unmuzzling scientists. Just 48 hours after that interview, she got at least part of her wish when Trudeau declared that government scientists were free to speak with the media.

However, that isn’t the only item on Gibbs's wish list. She also wants to see a government-wide communications policy for federal scientists and the appointment of a chief science officer.

“That would be a really strong way to show support for science and evidence-based decision making,” said Gibbs. “We also think it’s so important to have access to science ourselves and not just [scientists’] papers and the media.”

To truly reverse Harper’s anti-science agenda, said Gibbs, funding for research needs to be restored, as well as the re-introduction of evidence-based decision-making. A case in point is removing policies such as mandatory minimum sentencing for drug crimes, which she said were costly and failed to reduce criminal activity.

Squeezed until the PIPSC squeaks

Scientists were not the only ones to feel as if they were crushed in a vice during Harper’s rule. Across Canada, thousands of emergency services workers, tax auditors, medical staff, library personnel, food and drug specialists, and other skilled workers who form the Professional Institute of the Public Service of Canada (PIPSC) also felt the sting.

It was a time marked by the suppression of data that ran counter to Conservative policies or ideology. It also saw the deregulation of vital services, such as placing food safety controls in the hands of industry, according to PIPSC’s president, Debi Daviau.

“Stephen Harper brought down the capacity of our members to deliver proper public services to Canadians, and that was probably the most negative impact for our members,” said Daviau.

Like Canada’s battered scientists, she too held out hope that the Trudeau government will halt privatizations, restore science-based policies and ensure the future of critical public services.

“We want to be able to work with them. We want to eliminate all the barriers, legislation, [and] process abuses that have undermined our ability to work together, because that is the only way to run a professional, non-partisan, functioning public service,” said Daviau.

While Trudeau’s election held out the chance of fairer collective bargaining between PIPSC and Ottawa, said Daviau, “it was never a picnic” for her union under any government. In her view, the former Harper government was merely the worst example.

“Yes, I would say most definitely the reign of terror is over. Does that mean we don’t have work to do? No. It means we may be able to get onto a level playing field. Once we’re on the playing field, we still have a really challenging game to play,” she said.