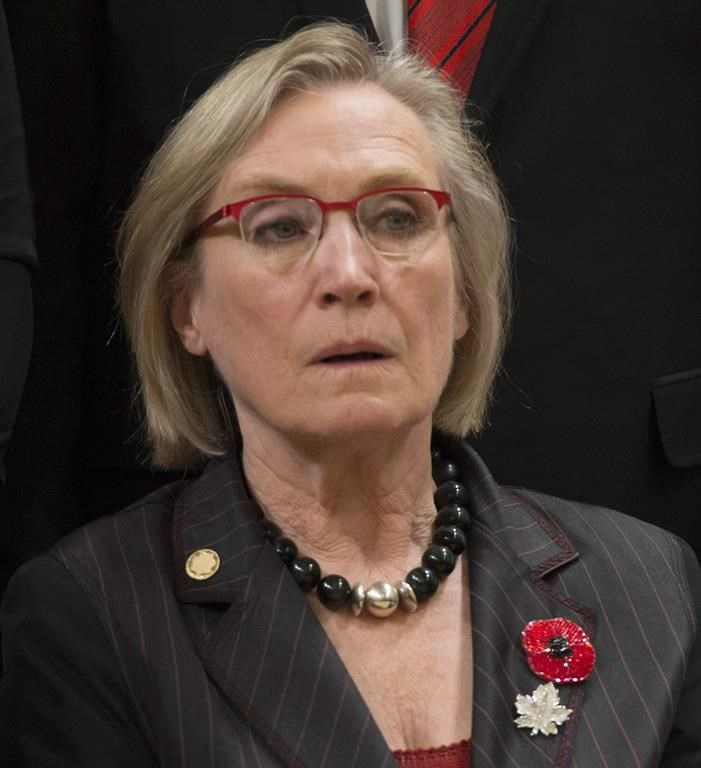 OTTAWA — The Liberal government will begin the process within the next "couple of weeks" of consulting Canadians on how best to proceed with an inquiry into missing and murdered aboriginal women, the country's new indigenous affairs minister says.

In an interview with The Canadian Press, Carolyn Bennett indicated that the start of pre-inquiry consultations will be announced before the end of the month.

"I think that we feel that we will need to make an announcement shortly," Bennett said in an interview Monday. "Within ... a couple of weeks, we'll have to be able to launch what we think is the best possible process for a pre-inquiry engagement."

That process will involve speaking with the families of victims, provincial and territorial representatives and grassroots organizations, she added.

"A gathering is important with the families, but I think that we feel that we will have to go out and talk to people who can't come here and listen," she said. "I would see that there would be also an online opportunity."

Bennett said it will be important to establish a road map for the inquiry, including spelling out its mandate and determining how many commissioners should take part.

In their election platform, the Liberals promised to spend $40 million over two years on the examination.

Aboriginal experts — among them Justice Murray Sinclair, the head of the Truth and Reconciliation Commission, which explored the tragic legacy of residential schools — say it's critically important that the government get the terms and timeline right.

That will be no easy feat.

Ojibway activist Joan Jack, a retired lawyer who previously ran to become national chief of the Assembly of First Nations, is among a number of observers who want the inquiry to examine violence that takes place both inside and outside indigenous communities.

"I think most people that I've been listening to want the scope to be broad enough to deal with those complex issues," she said.

The minister, a longtime Liberal critic on aboriginal affairs, has developed strong relationships in the indigenous community that promise to be helpful as she tackles what by all accounts will be a complex and closely scrutinized endeavour.

Sinclair and AFN National Chief Perry Bellegarde, for example, were both effusive in their praise for the selection of Bennett as minister.

"I think that people know that I don't have a magic wand, that this is going to take some time to get this right," Bennett said. "But I think what they want to see immediately are the indicators of a new way of doing business."

Job 1 will be to build trust.

The relationship between First Nations and the federal government grew increasingly hostile under former Prime Minister Stephen Harper, especially during the Canada-wide Idle No More protests that dominated headlines throughout the winter of 2012.

Bennett said she will be relying on the allies she has enlisted in indigenous communities to provide feedback on how the government is doing on the file.

Isadore Day, an AFN regional chief in Ontario, has told the minister the federal government needs to be "adversaries no more."

"That is what they are expecting," Bennett said. "From coast to coast to coast, I think people, I hope, know that I will always be learning — but now that I have real friends, they are prepared to correct me."

She also said the attitude shift starts "at the top" with Prime Minister Justin Trudeau.

"We have a prime minister who is passionately committed to reconciliation," Bennett said. "This is a hugely important file to him and to Canada."

There also appears to be a new openness from interim Conservative Leader Rona Ambrose. Bennett was "pleasantly surprised" to learn Ambrose plans to support the work of the inquiry.

The help of parliamentarians from all parties will be necessary as the government moves ahead with the process, she noted.

The Liberals have also vowed to tackle issues such as removing the two per cent cap on annual funding increases for reserve programs and services.

"There's no question ... that so many of the programs have suffered under the cap," Bennett said.

"We intend to look at how we go forward with this fastest growing segment of the Canadian population being able to benefit from the programs that will allow them to be successful."