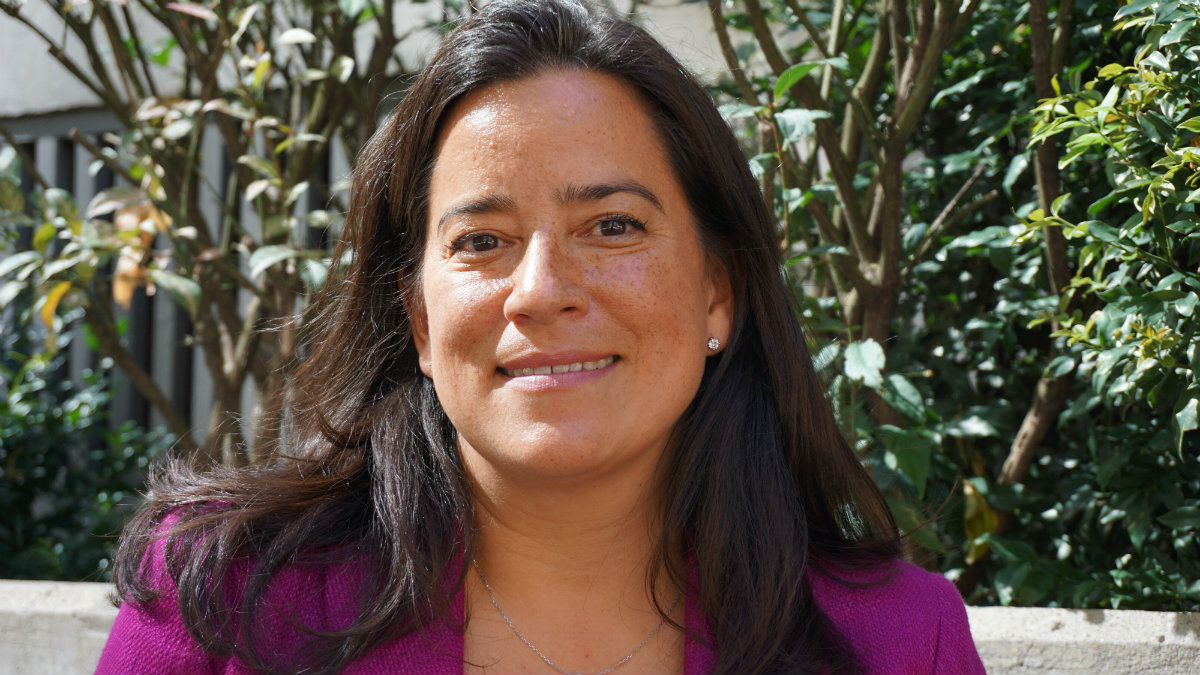 At the height of the Idle No More movement in 2013, Jody Wilson-Raybould and other First Nations leaders sat across a table from then-Prime Minister Stephen Harper and his team in Ottawa.

“Outside, the streets were jammed with chanting First Nations protestors demanding the chiefs to walk away,” according to a story by The Canadian Press.

Wilson-Raybould — who was at the time a regional chief of the Assembly of First Nations — remained at the table with the prime minister. But Harper's dismissive attitude towards First Nations' concerns hardened Wilson-Raybould's resolve to run for the Liberals in the next election and help defeat a government that was blocking progress.

"My perspective in sitting there, in what I heard, was that our solutions weren't being listened to," Raybould recalled to The Canadian Press. "We have continuously faced a lack of openness and non-desire to actually really work in partnership when we have solutions to move forward."

Now, as the newly elected justice minister and attorney general, Wilson-Raybould has that chance to help redress many of the pressing issues facing First Nations — perhaps even some of the same one left unresolved from that 2013 meeting.

Already, Wilson-Raybould has said the inquiry into missing and murdered Indigenous women is “a priority in our government.”

Wilson-Raybould told National Observer Sunday evening that she will work with both the Indigenous affairs minister and the status of women minister on the inquiry.

She described the lack of an inquiry under the Harper government as “a national and international disgrace,” and said root causes of poverty and marginalization must be addressed. During his term, Harper infamously said of the inquiry, “It isn’t really very high on our radar, to be honest.”

The new attorney general also plans to turn her attention to the high number of Indigenous prisoners in the justice system. Howard Sapers, the country’s prison watchdog, has been advocating that the issue needs to be addressed.

Sapers told the Canadian Press last week that Indigenous inmates comprise close to one in four of the prison population, and spend more time in custody and segregation cells. He said outcomes for these inmates continue to be far worse than for other offenders. In May, a CBC report found that Aboriginal women make up one-third of Canada's female prison population.

“As a former prosecutor at the criminal court in Vancouver at Main Street, I witnessed a disproportionate number of Indigenous people in the justice system,” she said.

Wilson-Raybould’s staff will be briefing her on a number of factors surrounding the issue, including revisiting the minimum sentencing policies Harper’s government enacted, and giving judges greater discretion in determining offenders’ sentences. They will also look at restorative justice.

Nor are those the only issues Wilson-Raybould will face in her highly visible portfolio. The Toronto Star listed a number of upcoming legal challenges, including the drafting of an assisted suicide law, and dealing with Conservative government laws and policies that currently face constitutional or legal challenges.

Wilson-Raybould also reiterated to National Observer the Liberal Party’s election promise to legalize marijuana. “In-depth briefings are needed regarding outstanding issues around this topic” so that the government can “move forward in a way that ensures that all voices are heard,” she said.

If it all sounds like a lot of difficult, complex work, well, it is — but by all accounts, Wilson-Raybould is more than up to the task.

Born and raised in Vancouver, Wilson-Raybould is a member of the We Wai Kai Nation located at Cape Mudge Village on British Columbia’s Quadra Island. When she was eight years old, Wilson-Raybould was bestowed with the name Puglaas during a naming potlach. The name means “woman born of noble people,” and Wilson-Raybould uses it as her Twitter handle.

To find one of Wilson-Raybould’s major influences, you need look no further than to her own family.

Her father, Bill, was a politician and activist; her mother, Sandra, a teacher. Bill studied law at the University of British Columbia. He served as president of the law school and was only the second First Nations person to graduate from it.

The first was Bill's cousin, Alfred Scow, in 1961. In a 2011 UBC Law Alumni Magazine profile, Bill said it was Scow's breakthrough that enabled him to attend and graduate. Scow set other precedents, too: he was B.C.'s first First Nations lawyer and the first First Nations judge appointed to the B.C. Provincial Court, where he served from 1971 to 1992.

While still in school, Bill held executive positions in a number of First Nations groups, including director of both the Union of B.C. Indian Chiefs and the Native Indians and the Law program. By his third year, he was working full-time as director of Aboriginal title and land claims for the B.C. Association of Non-Status Indians.

While vice-president of the Native Council of Canada in Ottawa in 1983, Bill worked as a negotiator at the First Constitutional Conference on Aboriginal Issues. According to UBC Law Alumni Magazine, he met with then Prime Minister Pierre Trudeau and helped draft and successfully negotiate the first and only amendment to Canada’s Constitution.

That amendment was Section 35 of the Constitution Act, which expands the concept of consent regarding treaty rights and Aboriginal title, according to the alumni magazine.

The now famous video of Bill Wilson telling Trudeau that his daughter wants to be prime minister dates from that time.

In the 2011 alumni magazine profile, Wilson-Raybould said, “It was a foregone conclusion that I would follow in my father’s footsteps." Both she and her sister graduated from UBC Law School.

“Dad encouraged us to be critical thinkers and to look at the world from all different perspectives. Law school seemed like the most appropriate place to be.”

Wilson-Raybould became a member of the B.C. bar in 2000 and worked as a provincial crown prosecutor at the Main Street criminal courthouse in Vancouver's Downtown Eastside. In a Canadian Bar Association profile, writer Justin Ling noted: “Wilson-Raybould’s experience as a provincial crown prosecutor means that she knows her way around a courtroom.”

In 2003, Wilson-Raybould became a process advisor at the BC Treaty Commission, a body established to oversee the negotiations of modern treaties between First Nations and the Crown. The next year she became a commissioner, serving for nearly seven years.

First elected as a regional chief of the BC Assembly of First Nations in 2009 and re-elected in 2013, she championed the advancement of strong and appropriate governance for First Nations, fair access to lands and resources and improved education and individual health.

The evening of the federal election, the community of Cape Mudge gathered to watch a live feed of the race. When their former councillor won, everyone cheered. “Our community is certainly proud of Jody,” Cape Mudge councillor Brian Assu declared in the Campbell River Mirror.

Writing for the Canadian Bar Association, Justin Ling opined that “Trudeau’s cabinet announcement came as a surprise to many who were expecting that a more experienced hand, like long-time Member of Parliament Dominic Leblanc, would take over the justice portfolio.

“But Wilson-Raybould’s nod signals a clear sign that Trudeau’s government is placing a high priority on Indigenous issues, and would be making a clear break from the Harper record on criminal justice.”

To be sure, an indication of Wilson-Raybould's direction may be found on her campaign blog. There, she wrote that reconciliation is fundamentally about how Canada still struggles to accept the pre-existence of Aboriginal peoples as distinct societies — as Nations — with the assumed sovereignty of the Crown.

“Our highest courts have told us that we must do this, must reconcile through processes developed jointly between the Crown and Aboriginal peoples.”

In her post, Wilson-Raybould calls for a national project that requires the full engagement and commitment of the highest level of government.

“To paraphrase the late Nelson Mandela, beyond the important and necessary work of truth-telling and of healing, reconciliation actually requires laws to change and policies to be rewritten — where the legitimate political institutions of Aboriginal peoples are recognized and empowered, and the laws they make enforceable.”

"The future of Aboriginal peoples and all Canadians is mutually intertwined"

Wilson-Raybould proposes an overarching cross-government reconciliation framework, guiding all departments and ministries with support from the PMO. “What is needed, federally, is for the Crown to adopt a plan developed in partnership with First Nations, that, with all party support, survives the life of one government.

“To accomplish this requires leadership, a deep understanding of the issues and — above all else — political will.”

Concludes Wilson-Raybould: “We need lawmakers to realize how important it is that this transition be successful for all Canadians. The future of Aboriginal peoples and all Canadians is mutually intertwined.”

Wilson-Raybould leaves no doubt she has every intention of pursing that reconciliation. She said she was pleased to see the diversity of the new parliament, which includes two Indigenous cabinet ministers and 10 Indigenous MPs.

“A diverse parliament will be conducive to varied beliefs and perspectives that will support greater debate,” Wilson-Raybould said. But she added that the prime minister must address outstanding issues with First Nations.

“This is one of those issues that must be discussed and debated across party lines,” she said.

How far Wilson-Raybould will get with her ambitious program is something only the future will tell. But one thing is for sure, this time around in Ottawa, on the Hill, she’s going to have a far more receptive audience than she did in 2013.

With additional reporting from Fram Dimshaw