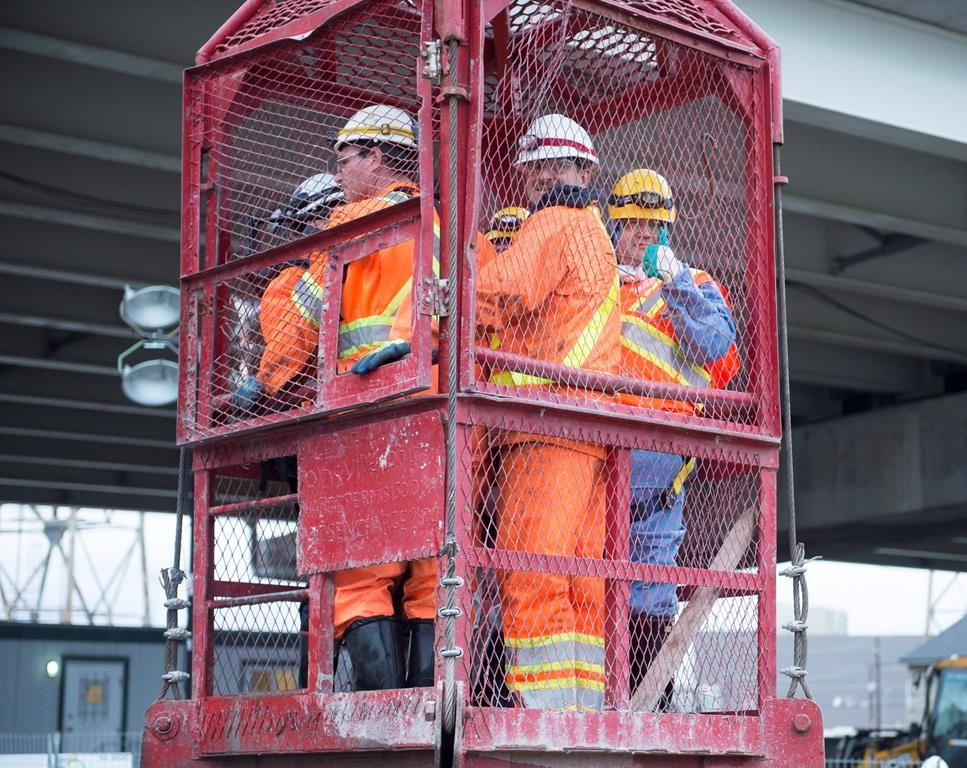 MONTREAL — The extent of the corrosion and rot of the arches supporting a major sewer interceptor convinced Montreal Mayor Denis Coderre that he made the right choice authorizing a massive discharge of sewage into the river, he said Thursday, a few hours after entering into the bowels of the city to inspect repair work himself.

Coderre was among several city officials and workers lowered into the sewer near Old Montreal to witness repairs the city says necessitated dumping massive amounts of untreated waste water into the St. Lawrence River.

"The fact that I was in there for 30 minutes enhanced my convictions of the necessity of the work," he told reporters a few hours after resurfacing.

He dismissed criticism from opposition city councillors who claimed the mayor's antics were nothing more than a photo opportunity designed to show him as a man of action and to distract citizens from the fact eight billion litres of sewage are expected to be dumped into the river by next Tuesday.

"I am a politician of the field," he said, adding his visit was also meant to show support for city workers.

"The only word that I can use to describe what I saw is 'incredible,' " he said. "The work they are doing is very complex."

The sewer interceptor Coderre visited Thursday was a sanitary sewer that collects sewage and feeds it to a water treatment plant.

Since Wednesday sewers across the city have been diverting waste water away from the interceptor and directly into the river.

The city says it had to turn off the sanitary sewer in order to perform critical repair work to its support arches and to relocate a snow chute.

Coderre said the wood and steel of the arches were rotten and corroded.

Without repair large pieces of wood and steel could have fallen and travelled to the treatment plant, potentially causing serious damage to the machinery, he said.

The mayor, along with the provincial government and scientists hired by Environment Canada, say a planned and monitored discharge during the fall season is the best solution to the city's sewer crisis.

Should the interceptor rupture during any other season and cause a discharge of waste water into the river, the fish population of the St. Lawrence could be seriously affected, scientists warned.

Cities such as Montreal could soon be receiving millions from the federal government to update waste water treatment infrastructure.

Trudeau told reporters in Ottawa that Montreal finds itself in an "unfortunate" situation.

"It's too long Canada hasn't invested in used water treatment and that's why we are engaged to invest $20 billion over 10 years on green infrastructure which includes the treatment of water."

Coderre hinted the city will be soon asking Ottawa for some of that money to upgrade its aging infrastructure.

"Mr. Trudeau and myself have been talking and clearly this is something we need to do," he said about repairing the city's sewer system. "I think we have the sensitivity of Mr. Trudeau on this issue and the formalities will come."