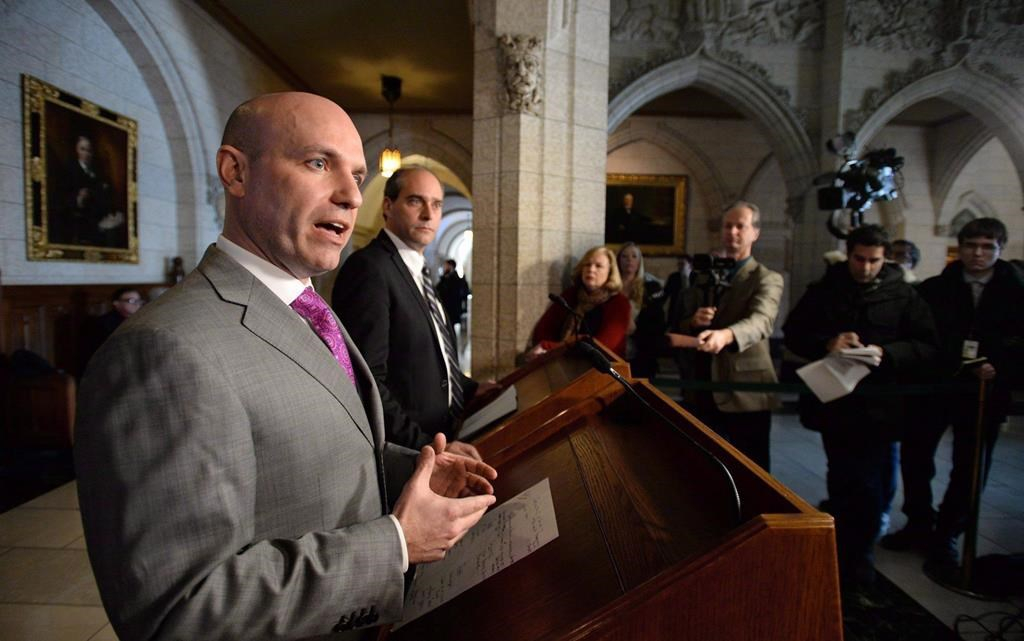 OTTAWA — Tom Mulcair will rely on veteran members of his team to help the NDP flex its muscles in Parliament, despite its reduced strength.

Mulcair has named his team of critics, including longtime party member Nathan Cullen, who is to tackle the environment file and democratic reform.

Northern Ontario MP Charlie Angus has been named critic for indigenous affairs, Quebec MP Guy Caron will take on the job of finance critic and B.C.'s Don Davies will focus on health.

The New Democrats, who are now touting themselves as the progressive opposition, have been reeling since the party lost more than half of its seats on Oct. 19.

The party now has only 44 MPs in the Commons, including 16 rookies — a far cry from the 95 it had when the last Parliament dissolved.

As the NDP comes to terms with its return to third-party status, the Liberals are moving ahead with a strong majority mandate.

Davies says the New Democrats still have an important role in their new capacity.

"The NDP, I think, has a really profound role to play in this Parliament to hold the Liberals to their campaign promises," Davies said.

"With the Conservatives essentially being preoccupied with leadership for the better part of the next year or two and with the extreme competence and excellence of Tom Mulcair, particularly in the House of Commons, I think that we'll play a leadership role in bringing opposition to the government."

Caron says he intends to hold the Liberals to account on their fiscal plans, including their pledge to eventually return to a balanced budget after running $10-billion annual deficits for three years.

He said the latest projections from the parliamentary budget officer seem to indicate there could be hurdles ahead.

In a report released Tuesday, the PBO suggested the new government will have to face bigger-than-expected baseline deficits in the coming years as it rolls out its spending plans.

"The new government has been in place for three weeks, I'm sure that they are actually still studying the situation right now," Caron said. "In the end, the direction they will be going towards ... and the way that they will try to implement their priorities and commitments is of great interest."

Quebec's Helene Laverdiere has been named the NDP's foreign affairs critic while immigration will fall to B.C. newcomer Jenny Kwan.