By The Canadian Press | News, Energy | November 18th 2015
#93 of 160 articles from the Special Report: Canada's Oilsands
Fund this Report 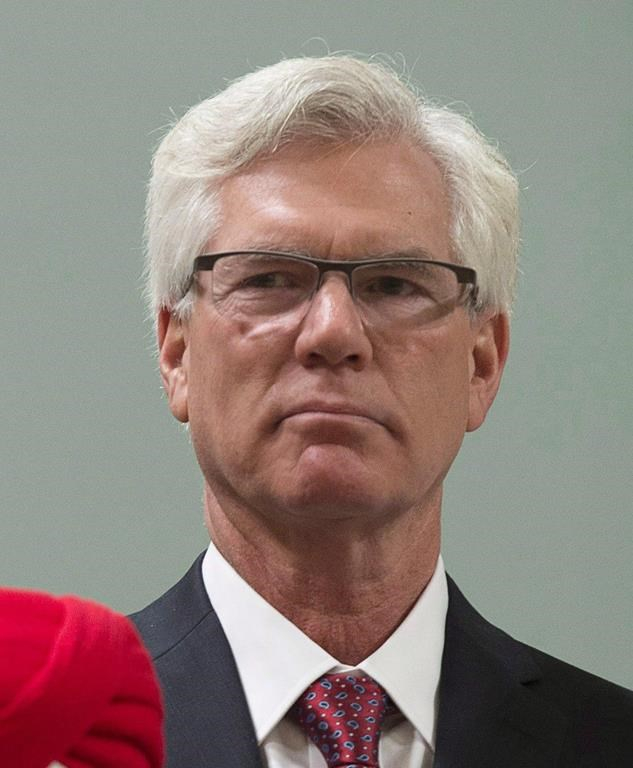 The federal regulator will proceed with its examination of applications for TransCanada's Energy East and Kinder Morgan's Trans Mountain pipeline projects, Jim Carr said during a conference call Wednesday.

"They have not stopped. The process continues," Carr said from Paris, where he attended an International Energy Agency ministerial meeting ahead of a United Nations-sponsored summit on climate change later this month.

"There will be a transition as we amend the ways in which the National Energy Board goes about the process of evaluating these projects and we will announce those changes as soon as we can. But the process continues."

The focus on Energy East and Trans Mountain — two proposals to get Alberta and Saskatchewan oil to tidewater on the east and west coasts, respectively — has intensified in the wake of President Barack Obama's rejection of the Keystone XL pipeline.

"We're in favour of a process that's more inclusive because our goal is to help Canadians be confident in the regulatory process," Carr said.

"I understand that any changes we make to the process will have an effect on projects. I know that it's important and we will be reviewing the situation and we will give you the results as soon as we can."

TransCanada Corp. (TSX:TRP) said if the government decides to explore potential improvements to the National Energy Board's system, the company would want to participate in the conversation.

"We believe that strong regulation leads to strong and safe pipelines and other projects," TRP spokesman Tim Duboyce said Wednesday.

Kinder Morgan, meanwhile, will continue advancing its Trans Mountain pipeline expansion application, a company spokeswoman said. The National Energy Board's decision on the project is expected in May.

"We look forward to briefing the new federal Liberal government about our project and working to build important market access capacity while respecting the environment and First Nations," spokeswoman Ali Hounsell said in a statement.

Carr was also asked Wednesday about other items on the ministerial to-do list he received last week from his boss.

In Trudeau's letter, the prime minister also tasked Carr with helping cabinet colleagues build a partnership with the United States and Mexico to create "an ambitious North American clean energy and environmental agreement."

Carr said he met his American and Mexican counterparts in Paris this week to discuss a continental approach, which included energy security and sustainability.

"I have invited them to both to come to Canada for the next trilateral meeting sometime early in the new year when we will flesh out the details of our agenda."