Trial of Sen. Mike Duffy to resume after lengthy break

By The Canadian Press | News, Politics | November 19th 2015
#26 of 50 articles from the Special Report: Duffy's Redacted Diary
Fund this Report 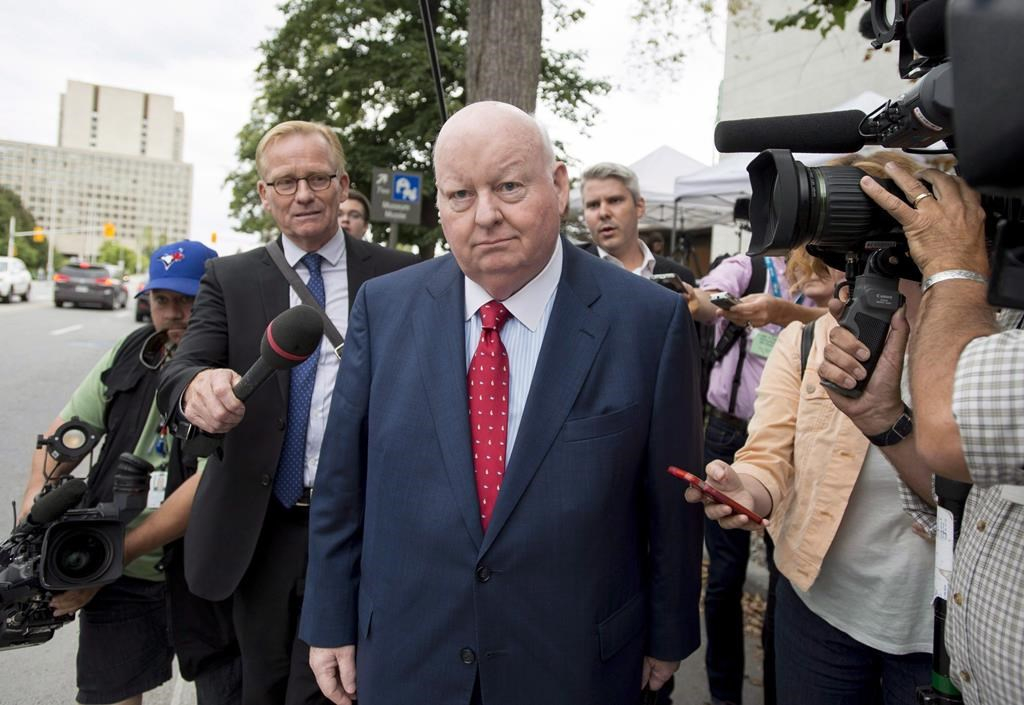 OTTAWA — A much anticipated appearance by Sen. Mike Duffy will highlight the resumption of his trial today in Ottawa.

Ontario Justice Charles Vaillancourt will resume hearing the Crown's case against Duffy on 31 charges of fraud, breach of trust, and bribery.

The senator for Prince Edward Island has pleaded not guilty to the charges, arguing that he followed all the Senate's expense and spending rules as they existed at the time.

After Crown prosecutors call a final set of witnesses over the next several days, Duffy is expected to take the stand once the defence begins presenting its case. The court has scheduled this portion of the trial to run until Dec. 18.

One of the final Crown witnesses will be Duffy's friend and former colleague Gerald Donohue.

Duffy awarded him some Senate contracts for research and consulting services, and Donohue then paid others through family companies, including a private trainer and a makeup artist.