The plight of refugees arriving on European shores: grace under fire 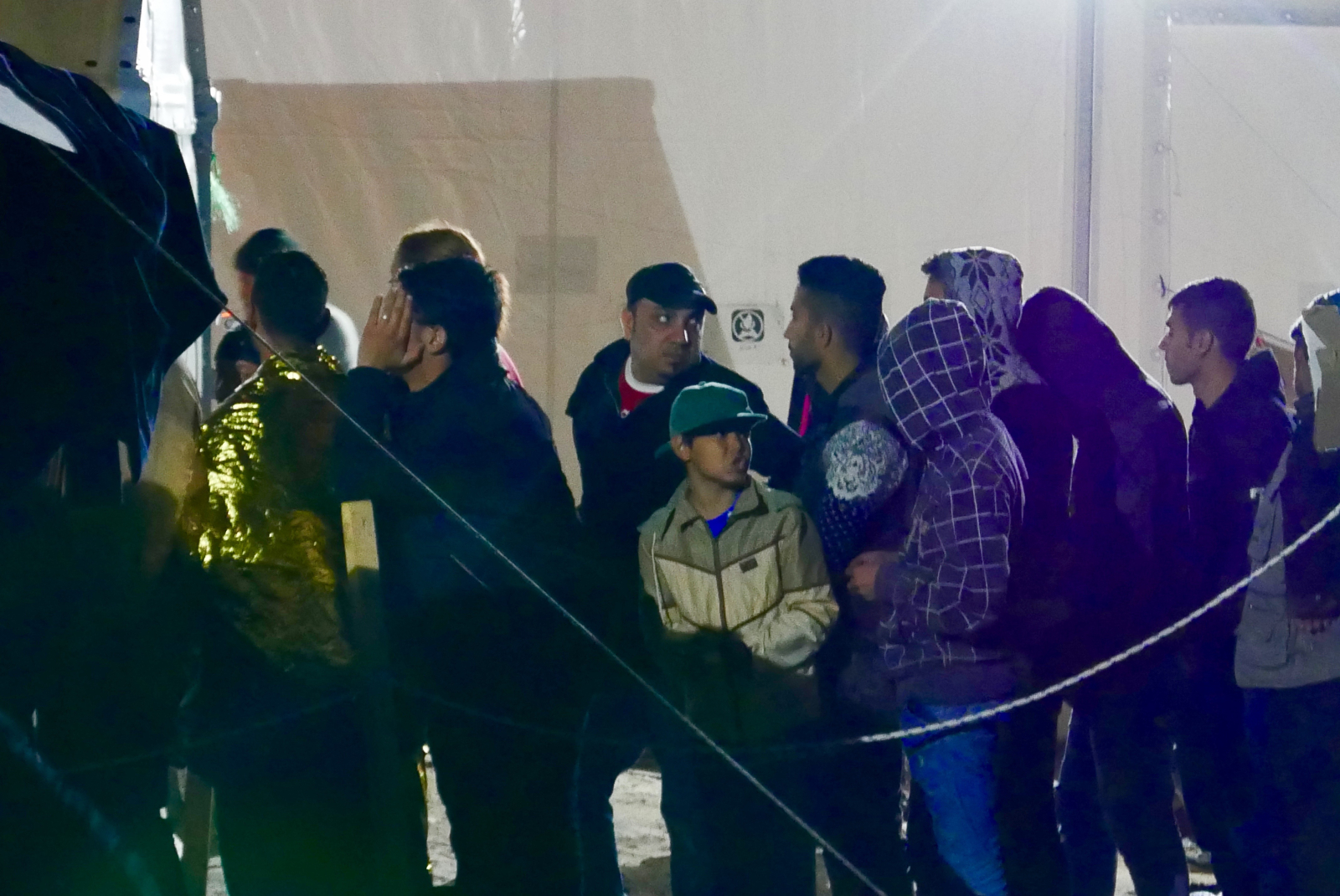 They stand huddled in groups, wrapped in blankets and shivering in the cool night air. These are the infamous refugees—sometimes called migrants—who arrive on rafts fresh off the Aegean Sea here on the north shore of Greek resort island Lesbos. Far off in the distance, the lights of Turkey—from where their ocean crossing began—twinkle in the darkness.

They are the living embodiments of the refugee crisis slamming up against Europe’s shores. Their massive exodus will quite literally reshape the world order forever, whether the West is ready or not.

Here in Camp Oxy—a makeshift settlement rising surreally from the gravel parking lot of a discotheque from where the camp derives its namesake, just adjacent to the beach—they congregate before moving on to the next camp. For many arriving—soaking wet—from the harrowing boat ride, this is their first marshalling point in Europe.

They arrive quietly. There have been reports of disorder and chaos at other crossing points in Europe, but here at least, for now there is calm and resolve. Families and new acquaintances hunker down together, sharing a meal or simply warming up and trying to get some rest before continuing onwards.

There is dignity amongst the throngs, a grace that perhaps emanates from the sort of resiliency which allows people to survive such a plight. Arrivals greet workers with smiles, hugs, thank yous and sometimes a few tears. But in the crowds, there are also troubled eyes staring far off into the darkness, perhaps contemplating what is now behind them—and the uncertainty of what lies ahead.

I am here as part of a medical mission addressing the health needs of these people. In that respect, most of the refugees seem physically quite healthy, despite the demands placed on their bodies by the journey.

Yet in many cases, this does not mean an absence of trauma, but trauma of a different sort. Instead, it is one of deep psychological, emotional and spiritual scars, some that have been inflicted repeatedly over time and continue to this day.

Many of these people have fled unspeakable horror, a horror sometimes carved onto their bodies in the shape of amputations, unhealed wounds, and the like. They have left behind homes, loved ones, dreams, all the trappings that function to make us into the beings that we are. They come to fashion new hopes, new aspirations.

But though they carry almost nothing, they arrive with another kind of baggage. The haunted worries etched in their faces tell of the battle they must yet overcome, a battle that long after the journey—for those who make it—will be forced to endure in the years ahead.

And the crisis will not be theirs alone. The Greek government, already reeling from its own internal turmoil, appears unable—or unwilling—to deal with the ongoing human tide, beyond allowing the refugees passage through their land, however warily. Elsewhere in Europe, countries and their populations are being stretched to the breaking point by the seemingly interminable influx of newcomers.

The Paris attacks have enormously exacerbated the already untenable situation.

Yet, as extreme as the current crisis might seem, it may be a mere bellwether.

As one Egyptian aid worker said to me today, “This is only the beginning. The world’s poor have have suffered and gone without for too long. Now they will come. And they will keep coming. This is a revolution.”

In western countries, including Canada, a narrative has begun to surface. It manifests in different permutations but the theme goes something like this: the refugees—often described in the more neutral term ‘migrants’—are opportunists merely seeking a better deal in a wealthier country. It is an opinion perhaps held by a minority but it is pervasive enough that it reappears in the media and online with enough regularity that it is gaining traction.

There is no doubt that those fleeing are seeking a better life. This is self-evident. But that such a motivation makes these people any less desperate or deserving of a life free from fear, persecution, and privation is callous.

My wife recently had a discussion on the topic of the refugee crisis with the high school students she teaches back in Canada. In a testament to youthful Kantian optimism, they concluded it is good to help people, to care about those from faraway even if you don’t know them, simply because they are people too, like us, just wanting and deserving the same things in life that we take for granted.

And therein lies the crux. Many of the volunteers who have swarmed to this island have little in the way of technical knowledge. Truth be told, the relief effort has been too often fractured and ineffectual. However, maybe, just maybe, beyond substantive support, there is an inherent value to be there for other people when they find themselves in need, to walk beside them, to lend support when possible, and—above all—to show them that they are not alone.

There is grace in this too.

Late last night, a man came into the Oxy’s medical tent with his daughter who was severely disabled. They had come from Afghanistan and elsewhere in the camp he had another child similarly afflicted. Throughout the course of our interaction, I asked him why they had come. It had undoubtedly been very difficult to contemplate—let alone undertake—such a journey, especially given their own particular circumstances.

His translucent blue eyes shone with tears. After a moment he motioned to his daughter.

“For a better life, for her and for my son.”

A cold wind just got colder