Reveal of Syrian refugee plan to have domino effect across Canada 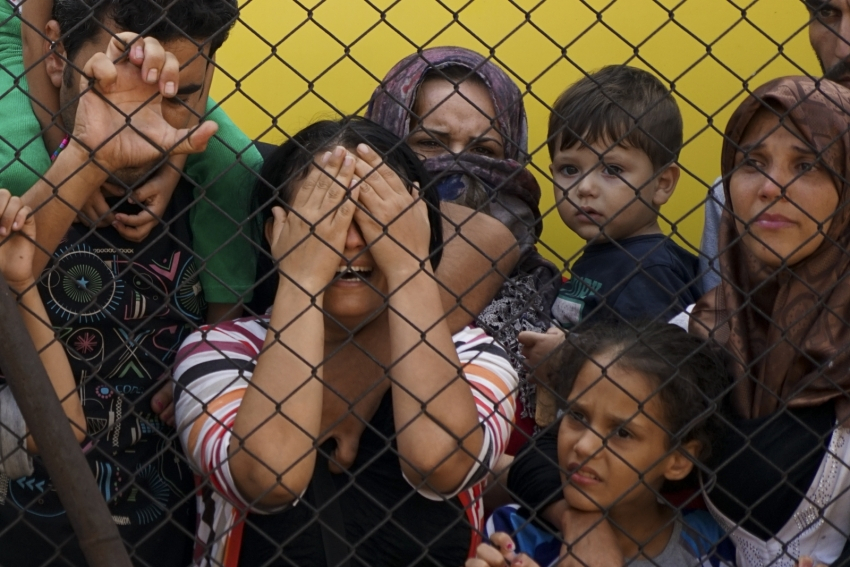 OTTAWA — The planned announcement Tuesday of how Canada will take in thousands of Syrian refugees will drive ongoing local, national and international efforts into high gear, a program that will extend far beyond the Liberals' self-imposed end-of-year deadline.

Syrians have been steadily arriving in Canada for months and some of them will count against the Liberal promise to resettle 25,000 people by Dec. 31, a milestone the government is expected to say Tuesday it is unlikely to meet.

But what many are watching for alongside that is how the mass influx will be handled and who is going to pay for it.

On top of the logistical costs of getting that many people into Canada are the millions more it is going to require to look after their housing, health, education and integration requirements.

"Canadians are going to want to help and cost might not be at the top of their list of considerations but it should be on the list," said Saskatchewan Premier Brad Wall, in town Monday to meet the other premiers and Prime Minister Justin Trudeau.

"We'll have to do some planning for that and we hope the federal government will be generous."

The costs are not entirely unknown; the Immigration department tells private sponsors, for example, that it would cost a minimum of about $20,000 just to cover basic needs for one person for 12 months.

Quebec Premier Philippe Couillard said his government has already set aside funds for 3,600 people and said if the province is expected to take in a larger number, more money will be required.

"The federal government has indicated the money is there," he said.

Later Monday, following a working dinner meeting with Prime Minister Justin Trudeau, Couillard said concerns raised by premiers about funding for refugee settlement and the thoroughness of security screening to be done for all refugees had been allayed.

"There will be no compromises made about the safety of Canadians," he said. "In terms of financing, funding, we're very pleased with the way things are panning out."

Unveiling of the plan will be the latest step in weeks of nearly around-the-clock work by Canadian officials that began even before the Liberals took office earlier this month.

During the election campaign, the previous Conservative government had announced a ramping up of its own efforts on the resettlement front, increasing staff and streamlining regulatory requirements to get more people into the country faster.

Some of the people who've arrived in Canada in recent days are the legacy of those commitments, many sponsored by private groups.

But the Liberal promise that the government would resettle 25,000 people on its own saw government agencies pick up the pace even further, including the military.

A dozen Canadian Forces personnel have already been deployed to Jordan, Lebanon and Turkey to assist, while at the same time military planners got to work surveying available space on bases for housing, planes for transport and other potential support.

Tuesday's unveiling of the plan will mean switching the military to operational mode through a series of official orders expected to be issued in the coming days.

As part of their campaign pledge, the Conservatives had costed out a massive resettlement program in line with what the Liberals are now proposing and jettisoned it, in part due to the cost, The Canadian Press has learned.

The price tag on the Liberal program has been pegged at as much as $1.2 billion over the next six years, according to a document obtained last week by The Canadian Press. The Liberal platform only booked $250 million for the program.

"Premiers and mayors are justifiably wondering how the federal government is going to pay for it," said NDP Leader Tom Mulcair.

Security screening is another element in the mix.

It was always a factor and even before the Nov. 13 terrorist attacks in France, planners had been looking at ways to mitigate concerns, including a focus on women, children and those who might already have ties to Canada.

Initially, the plan had been to give temporary residency permits to Syrians coming to Canada and then grant permanent residency after further screening in Canada.

To lessen the security risk attached to that, officials explored the idea of bulk processing cases that were clearly earmarked by the UNHCR — the agency largely responsible for referring cases to Canada for resettlement — as being of low risk.

But after Islamic militants claimed responsibility for the Paris attacks, the political pressure for airtight security screening of refugees took on new impetus and was one of the reasons a planned rollout of the program last week was delayed, sources said.

The plan is now likely to require all screening to be conducted overseas, which will set back efforts to reach the Dec. 31 milestone.

From Wall's perspective, that would be the right choice.

"But we also need to make sure that we're getting it right in terms of settlement and security and ... a looming deadline that was part of a political campaign promise ... should not drive the process."