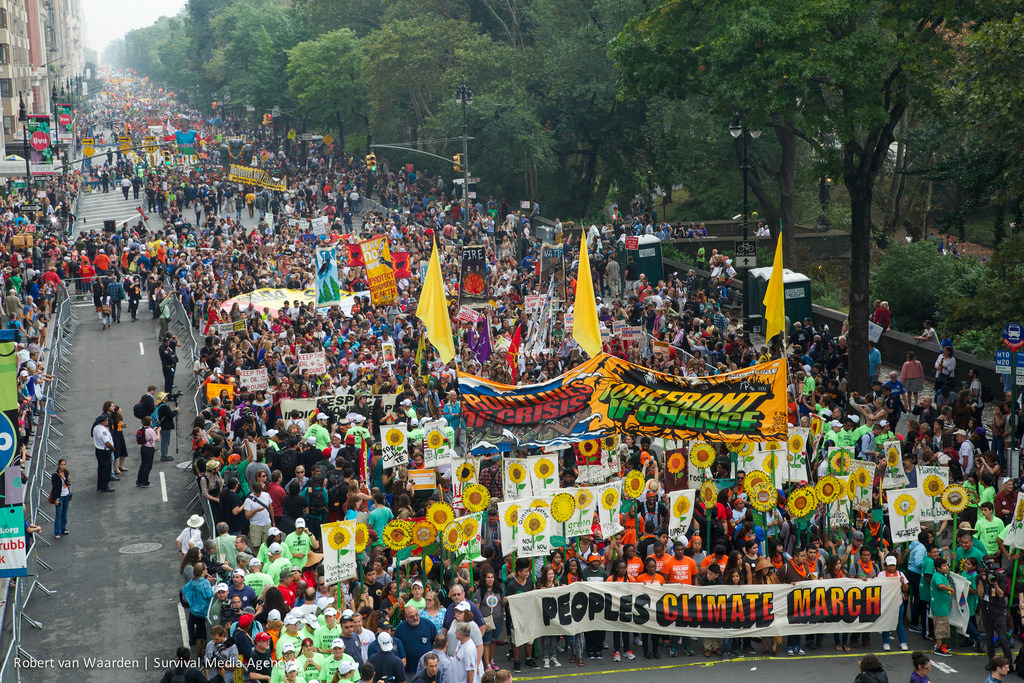 There are already thousands of folks on the ground in Paris from around the world for the global climate change negotiations that will officially get underway this coming Monday.

As veteran journalist Suzanne Goldberg put it best, "the climate circus" is coming to town, with colourful campaigners, very serious-looking government officials and everything in between.

I arrive early next week in Paris for what will be my seventh of the so-named Conference of Parties, or COPs, for those of you who keep track of the mind-numbing number of acronyms that have come out of the United Nations treaty process that is now in its 21st year.

There is no end of things to see, do and write about at these massive events, so I thought I would give you my top five, which is a mix of both policy-wonkish negotiating issues specific to Canada and much more fun and interesting things, like tracking the fossil fuel lobby and the grumpy old climate change conspiracy theorists.

I have to admit, it has not been easy being a Canadian at these UN climate negotiations over the last seven years. Previous to the Harper government's reign, Canada was seen as a friendly and diplomatically deft country that played an outsized role in major international talks on climate change, and other important issues like development aid and human rights.

I'm not going to lie to you, Canada's image on the world stage kind of sucks right now.

At UN climate negotiations we have received more "fossil of the day" awards than any other country in the world. Heck, we won a "lifetime unachievement fossil award" in 2013 for our constant monkey-wrenching tactics at climate negotiations. That said, I am already hearing excitement amongst friends and colleagues about Prime Minister Justin Trudeau, his new environment minister, Catherine McKenna, and the well-respected Stephan Dion back on the world stage in his role as minister of foreign affairs.

I will be watching closely to see what Trudeau and his team do in Paris to unsuck Canada.

2. Canada and the Green Climate Fund

I know it might not seem like it when many of us scramble every month to make ends meet, but relative to the rest of the world, Canada is filthy rich.

See, Canada is rich, and that is nothing to be ashamed about.

But I would suggest it is embarrassing, if we, as one of the wealthiest nations in the world, as well as one of the largest per-capita greenhouse gas polluters, are not willing to buck up the cash to help countries like Kenya and Ethiopia make the necessary shifts from carbon-intensive fossil fuels to renewable energy.

Climate change is a global issue and countries like Ethiopia and Kenya need to shift to renewable energy as much as the rest of us. But it is fair to make such a request of countries that struggle with much more basic needs like delivering health care and proper nutrition? (Not to mention quelling mass civil unrest, caused in part by food scarcity from the effects of a warmer planet.)

The answer to this conundrum is found in what is called the Green Climate Fund, which was set up as part of the UN climate negotiations process. The Green Climate Fund's goal is to raise $100 billion from both the public and private sector by 2020 to help the most vulnerable countries adapt to the impacts of climate change, as well as put in place their own greenhouse gas mitigation plans.

Under Stephen Harper, the Canadian government committed $300 million to the Green Climate Fund. Sounds impressive, right? Not so much.

The U.S. has pledged $3 billion and Japan, Germany, France and Britain have all pledged over $1 billion to the Green Climate Fund. I, along with many other, will be watching closely at the Paris negotiations to see if Prime Minister Trudeau is interested in joining the billion-dollar Green Climate Fund club.

In June of this year, Stephen Harper signed on to an agreement that would see Canada end the use of fossil fuels altogether by 2100. In business-speak there is this thing called a BHAG — a Big Hairy Aggressive Goal. Harper's decarbonization by 2100 that he signed onto with other G7 nations is not a BHAG.

A goal of decarbonization by 2100 is more like a WWUG (pronounced: "woog"): Wimpy Waffley Uninspiring Goal.

According to reports from the G7 meeting where the WWUG was agreed to, the original thought was a stated goal somewhere around 2050, but Canada, along with Japan, whined about it until they got their way. Hence, a WWUG of 2100, instead of a BHAG like 2050 was signed to paper. (Anyone still following me?)

Science tells us, in no uncertain terms, that in order to avoid the most deleterious impacts of climate change we must stop pumping greenhouse gas pollution into the atmosphere much earlier than 2100.

Again, this will be another point watched closely in Paris, and while it is probably unrealistic for Prime Minister Trudeau to revise this G7 commitment on his own, his comments on the matter will be noted for future reference. Eventually, this WWUG needs to become a BHAG.

While I have yet to watch climate spin-doctor-for-hire Marc Morano's new Climate Hustle film, I can assume if he is true to form another apt title for this film denying the realities of climate change, could be Even Grumpier Old Men Part 3.

Morano, who has made a career as a right-wing shock jock and a climate change denier, will be debuting the film at a venue in Paris during the two-week negotiating summit.

Now, normally most would expect a rant at this point from me about the horrible impacts fossil fuel industry funding of climate deniers has had on the public conversation about climate change. But, as I have written elsewhere recently, I would like to suggest we embrace Morano's Climate Hustle as a new genre of film called "climate change escapism."

Morano's film can give us all a bit of time away from the realities of climate change.

We can forget about the drought, food scarcity, civil unrest, extreme weather and sea level rise for a while and just sit back and enjoy an alternative reality where all the conclusive science over the many decades is wrong, and British aristocrats with no background in climate research are in fact correct.

Hey, at least Morano's movie is much cheaper, and definitely healthier, than drowning our sorrows and stress in large bottles of whiskey.

Did you know that a precedent was set in 2008 that tobacco companies are not to take part in tobacco control negotiations?

So tobacco lobbyists have been kicked out of talks about controlling and minimizing the negative impacts of their product, but oil and coal companies are still allowed to show up in droves to the Paris climate summit, where the future regulations of their products are being negotiated.

This doesn't make any sense.

On the surface you might argue that oil and coal companies should be at the table, as they will be greatly affected by any new agreement that comes out of these Paris climate talks. But history shows that the fossil fuel industry has proved be a bad actor, pouring millions into groups that attack the science of climate change and create doubt in the public about the threat posed by its consequences (among many other things).

Shocking new evidence uncovered in September this year by a team of journalists at Inside Climate News found that Exxon Mobil invested millions in studying climate change in the 1970s and 80s, only to abandon that research in the 90s and shift to attacking and undermining the body of scientific evidence they helped create.

The Inside Climate revelations have led to an investigation by New York's attorney general into the activities of Exxon and another company who has also been linked to the climate denial movement, coal-giant Peabody Energy.

And how do they exactly deserve to be at the UN climate talks?

A new campaign was launched earlier this year by the watchdog group Corporate Accountability International to kick big polluters out of the UN climate negotiations, and it will be interesting to see how this unprecedented call plays out in Paris.

Here in 2015, we are already seeing the world warm, and the impacts of this atmospheric disruption. Major players on the international stage like U.S. President Obama, Germany's Angela Merkel, China's Xi Jinping and India's Narendra Modi have all stepped up to the table with an unprecedented level of commitment to reducing greenhouse gas emissions.

The time is now for the final chapter in these talks, because it now or never for the world's leaders to step up and take action. We can’t negotiate for another 21 years.

What Prime Minister Trudeau does and says in the coming weeks will set the tone for his next four years in office and send a strong message to Canada and the rest of the world. It will be up to Trudeau to decide what exactly that message will be.

I look forward to writing further here on National Observer about my time in Paris and providing insight into this most pressing of world events.