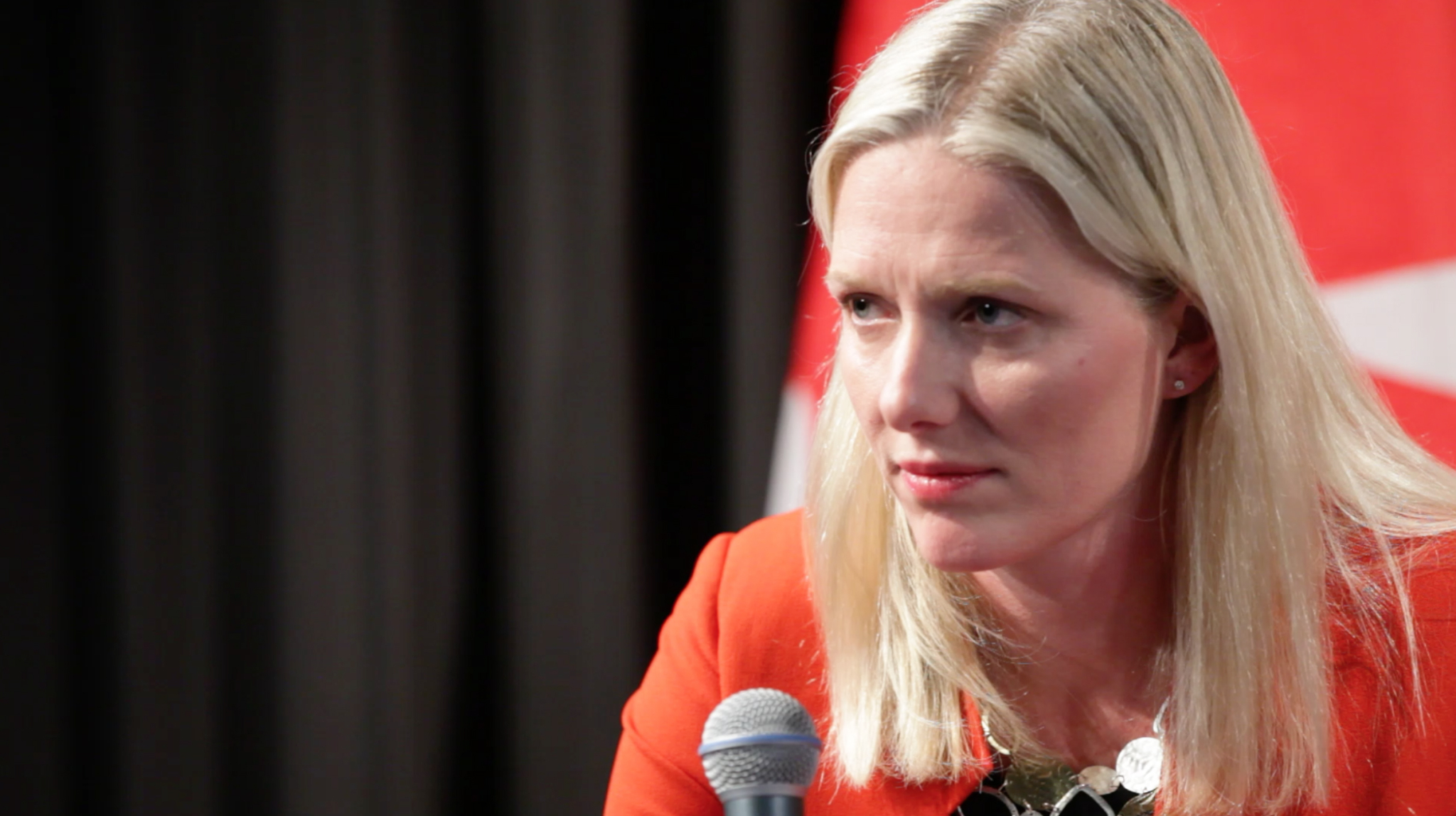 “Canada is back. We’re coming to the table with a lot optimism, and a lot of ambition,” said Environment and Climate Change Minister Catherine McKenna in Paris. “I’m confident we’ll leave the table with real progress on climate change.”

The Trudeau government will not alter the the former Conservative government’s climate target for the year 2030 until 90 days after the climate talks, to give more time for provincial consultations, she said.

This has provoked criticism, but some environmental observers say it’s reasonable, considering the Trudeau government is just three weeks old.

“I kind of feel ‘warm and fuzzy’ agreeing with the government —but they are right,” said Steven Guilbeault, co-founder of the environmental group Équiterre, who attended the Paris briefing. “I haven't agreed with my federal government on climate change in a long, long time. Now I do."

Guilbeault says the new government’s “overall attitude” has shifted on climate change from the Harper years entirely. Recently, most of the federal cabinet were briefed on the urgent scientific realities of climate change, for example.

Deferring to provincial governments is wise, he said. They have a lot to teach Ottawa about how to reduce carbon emissions. B.C. has a carbon tax, Ontario and Quebec, a cap and trade system. Other provincial efforts have boosted numbers of electric vehicles too.

Earlier, Green leader Elizabeth May called on Canada to rejoin the Kyoto Protocol, to enable Canada trade to finance developing nation’s effort to cut emissions, and get “credit” for these cuts against Canada’s national target.

Minister McKenna didn’t rebuff the idea, but indicated something new might emerge that will replace the Kyoto Protocol.

“In terms of Kyoto… our focus here is a new international framework, that’s what we’re working on, that’s where we need to be focused right now,” said McKenna.

Foreign Affairs Minister Stephane Dion, once leader of the Liberal party, tried and failed to push a national carbon tax in the 2008 election.

But at the Paris briefing, he said provincial coordination is crucial and added that he’s confident a global climate deal in Paris will be accomplished with Canada’s help.

“We have seen a lot of good will, so there are all reasons to be positive that humanity will come together to have a great agreement that will be a major step in the right direction,” said Minister Dion.

“The oil sands are important to the Canadian economy and to the Alberta economy. But we are very encouraged that the government of Alberta is doing its fair share in terms of tackling climate change.”