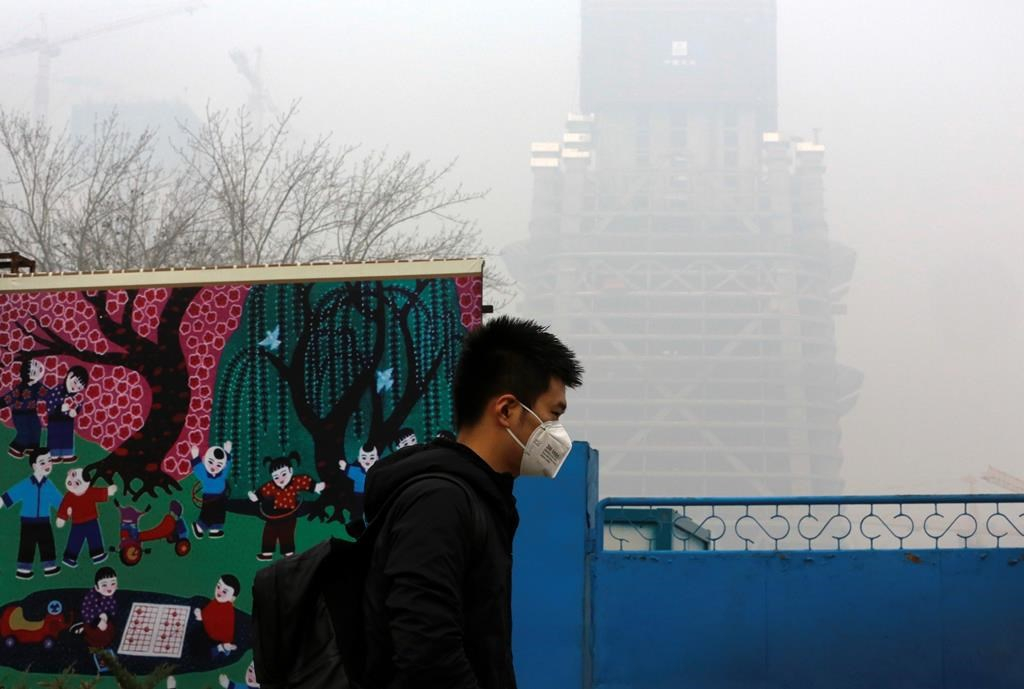 Beijing suffered its worst air pollution of the year on Monday, with monitoring sites throughout the city reporting extremely hazardous levels of pollutants.

"I felt like my lungs were blocked," said Xu Pengfei, a security guard at an office building in downtown Beijing. "We have to stand in the open for many hours a day, and the pollution really affects us."

Outside Beijing, the readings were was as high as 976 micrograms in the suburban region of Liulihe.

The World Health Organization considers the safe level of PM2.5 particles to be 25 micrograms per cubic meter on a 24-hour average basis.

Liu Juntang, a businessman whose company develops environmental technology, said face masks could not give protection from the tiny pollutants on days of extremely heavy pollution.

"The air pollution is all-encompassing, and it requires both the government and individuals to shoulder the responsibility to clean up the air," Liu said.

Beijing has vowed to clean up its notoriously foul air and had been doing fairly well this year, with generally cleaner air than in 2014.

But the city was hit by unusually cold days and early snow in November, and winter heating was turned on. For the entire month, the capital saw hardly any blue skies and was shrouded in persistent smog.

The air quality worsened on Friday and continued to deteriorate throughout the weekend, prompting the city government to issue an orange alert on Sunday. Authorities said they didn't issue the highest red alert because they were expecting the air quality to improve by Wednesday.

The last time Beijing issued an orange alert was in February 2014.

Critics say the authorities have stayed away from a red alert because measures that must be activated by the highest warning are too disruptive, such as pulling half of the vehicles off of the roads and suspending schools.