Frustrations heat up in final hours of COP21 (VIDEO) 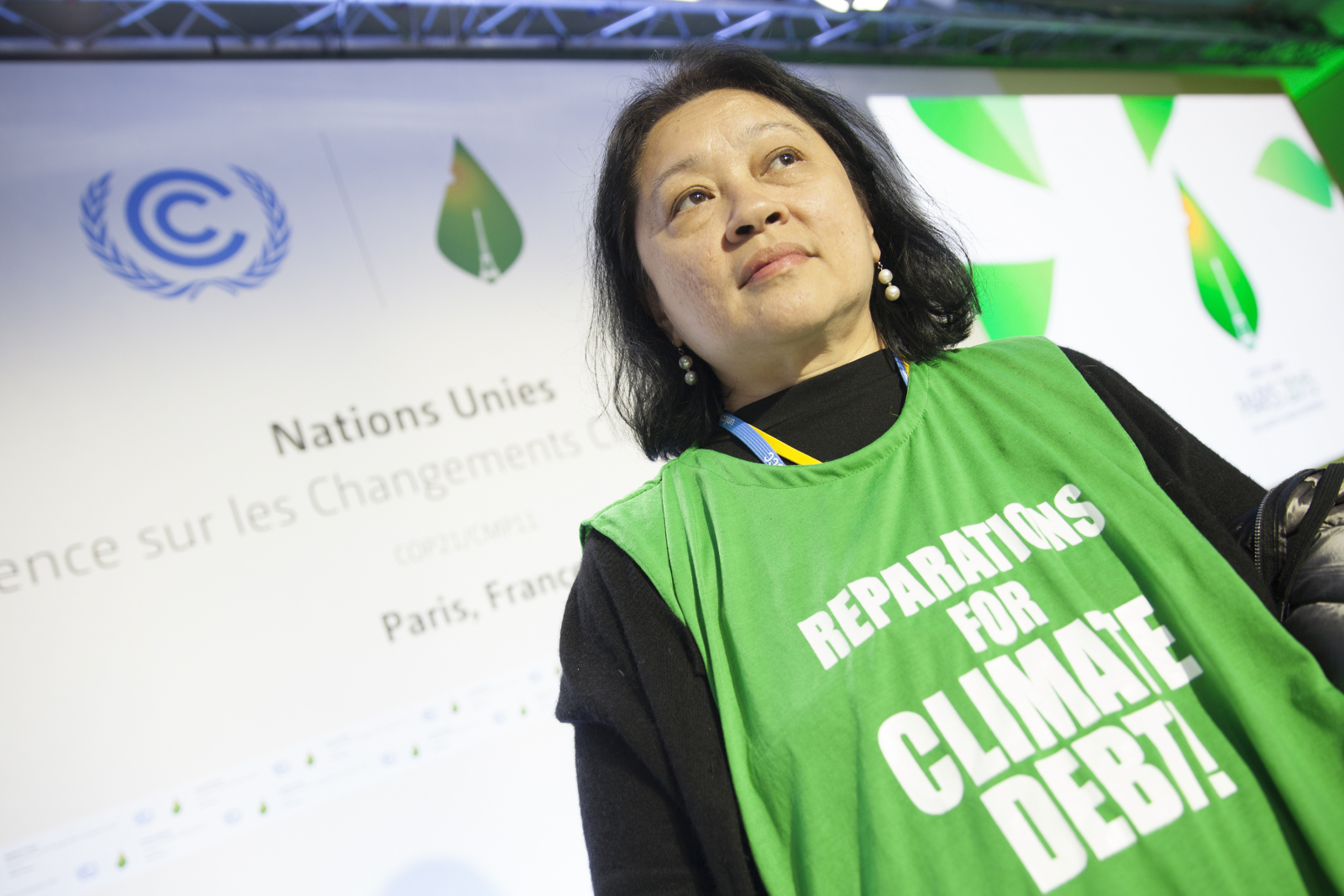 The latest draft of the Paris climate agreement released Wednesday is not nearly ambitous enough to prevent catastrophic harm to the world’s poorest countries, or to help them adapt to global warming’s worst effects, experts suggest.

The U.K. advocacy group Friends of the Earth says the COP21 negotiations are about rich countries deciding whose economies will thrive, and who will suffer.

“We know the Titanic is hitting the iceberg —and we’re all on the Titanic,” said the group's senior campaigner Asad Rehman.

“The majority of the world is in the bottom of the boat. They are going to sink first, while the rich are still on the upper deck with the orchestras playing, eating salmon canapés.”

"Frustration grows at COP21" - Video co-produced by Zack Embree and Mychaylo Prystupa in Paris for the National Observer.

Poor countries are demanding financing to help them cope. Lidy Nacpil is from Quezon City, Philippines and says her Pacific country is already suffering from super storms like typhoon haiyan in 2013. It was the fiercest storm in recorded history, and killed 10,000 in 2013. Other storms have wiped out coconut crops that won't recover for years.

“For us people who are really affected by climate change —we need to change the [slogan] ’1.5 to stay alive’ to '1.5 we might survive’ Because already at 0.8 degrees, we’re already suffering loss of lives," said Nacpil from Asian People Movement on Debt and Development to a Paris COP21 crowd.

Halting global warming to 1.5 degrees remains a hoped for goal —one that Canada supports. But it remains elusive in the negotiations.

"Why don’t they just put money up front to increase mitigation actions? Because the less you mitigate, the more you have to adapt. And the more they delay and refuse to put in financing now… at the end of the day…. we’ll pay with millions of people impacted, and millions of lives displaced in the South.”

The World Resources Institute says missing still from the Paris accord is whether the world will reduce global carbon emissions by 80 per cent by mid-century, or by the year 2100 for instance, as Canada's previous Harper government pushed for.

Watching the complex international climate talks unfold is Vancouver’s Christine Boyle, a delegate with the United Church of Canada.

“What’s happening is each country from around the world have gathered and they literally have the text in a Word document that’s up on a screen, and they are collectively wordsmithing this document upon which all of our survival is based on —it is a nightmare,” she said. 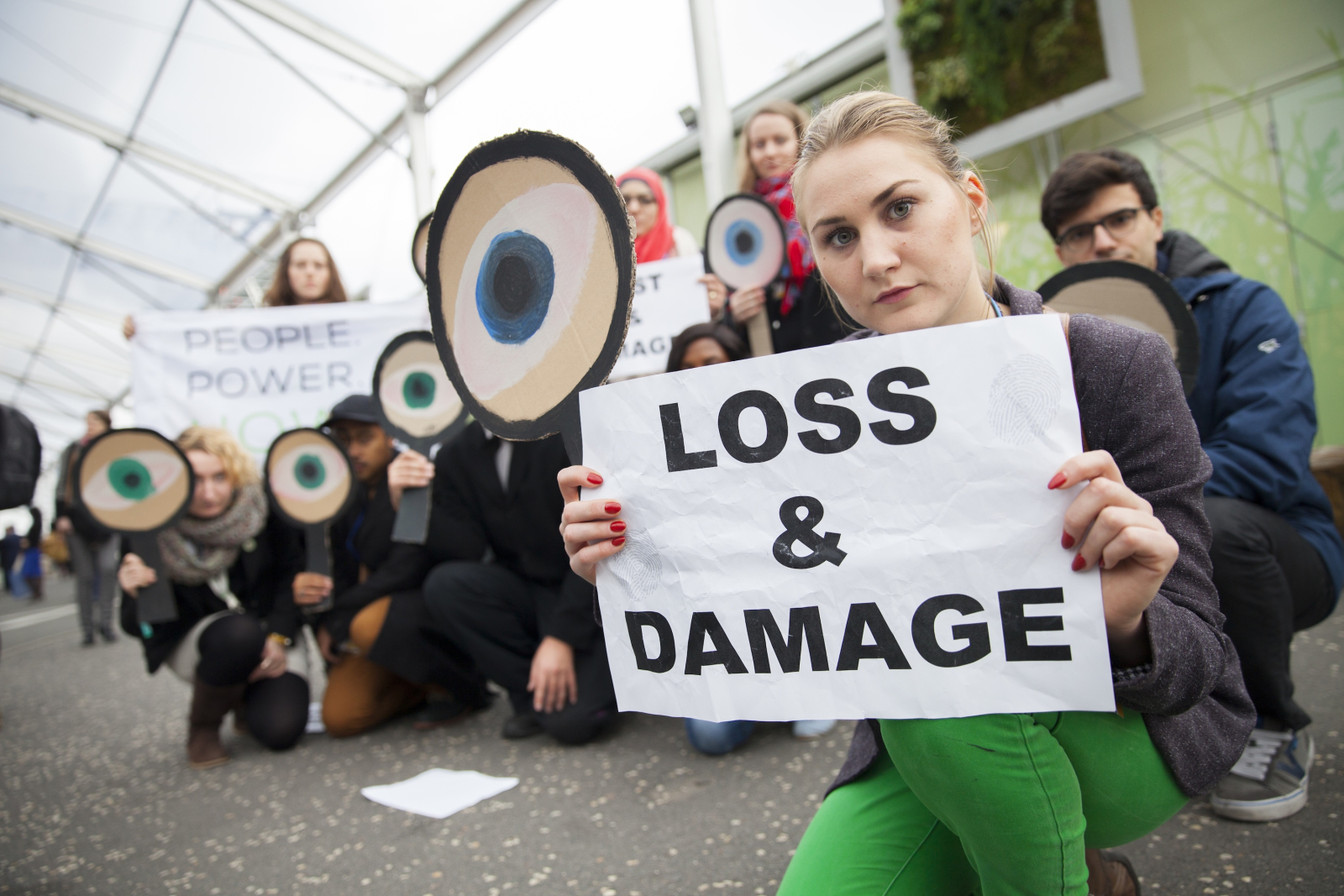 Bosnian activist holds a "Loss and Damage" sign at COP21 this week in protest of the lack of progress in negotiations for a global fund that would assist poor countries. Photo by Mychaylo Prystupa.

Loss and Damages 'lost' in the talks

Environmental Defence says they’d like Canada to work with other countries to develop a “Loss and Damages” fund for countries who are facing impacts to which they are unable to adapt.

“So countries [will be helped] that are getting inundated with rising seas for example, or countries that are getting hammered by super storms who really need assistance —where the impacts are really too considerable,” said the group’s Dale Marshall in Paris.

The Intergovernmental Panel on Climate Change has already said current country pledges on the Paris table will cook the world into well above two degrees unless greater “ambition” is taken.

Some 100 counties calling themselves the "Ambition Coalition" —including the U.S. and some 79 African, Caribbean and Pacific nations —are pushing for further commitments. They want a legally binding global deal on climate change with a long-term target, a "ratcheting-up" mechanism for five-year reviews of countries’ emissions pledges, and a unified system for tracking countries’ pollution.

Canada has not clarified if it will join this coalition, though recent statements from Environment and Climate Change Minister Catherine McKenna seem aligned with its positions.

Elizabeth May from Zack Embree on Vimeo.

Rehman is pessimistic that the environmental movement has been loud enough in its call for change.

“We have to recognize that the power and the pressure we’re putting on governments isn’t sufficient."