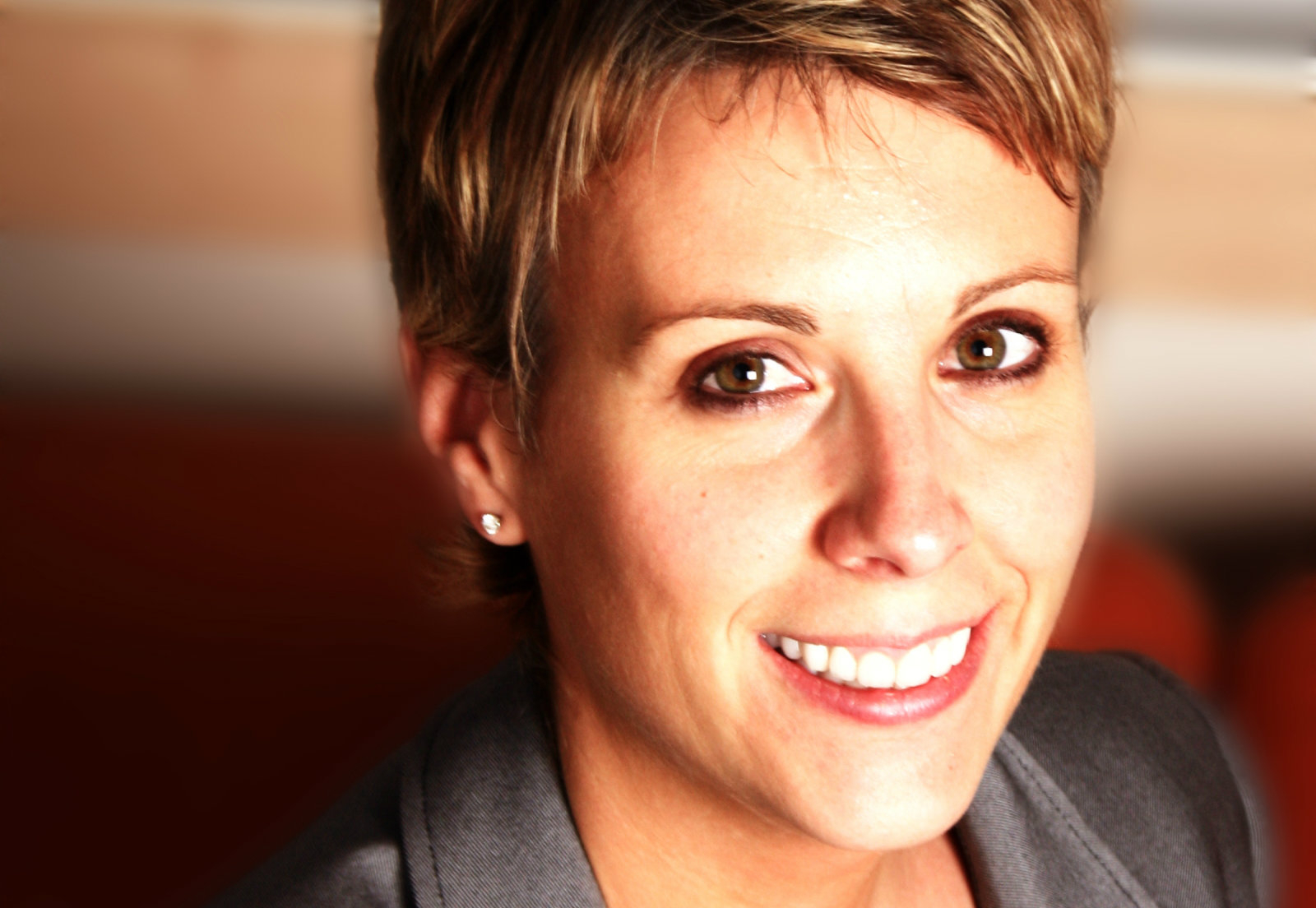 Janet Annesley doesn’t back down. The new chief of staff to the federal minister of natural resources has taken on everyone from actors Robert Redford and Leonardo DiCaprio, to respected think tanks like Alberta’s Pembina Institute.

The former Shell company executive and vice-president of communications for the Canadian Association of Petroleum Producers’ (CAPP) has managed multi-million-dollar campaigns promoting the Alberta tar sands and oil interests.

And in 2011, when the Energy Framework Initiative lobbied the Harper government to cut the red tape on oil mega-projects, CAPP was one of the four groups that pushed for the dismantling of environmental regulations.

And now she’s landed a high-profile job at a ministry that will have to make some tough decisions in coming months over hotly-contested projects such as the Energy East and Kinder Morgan pipelines.

It’s made environment groups edgy and left them wondering what kind of sway Annesley might have in the pivotal department of a government that’s already indicated that it favours pushing ahead with the pipelines.

“I can see this appointment may be an appeasement to the industry, but CAPP was absolutely irresponsible in dealing with climate change in the last 25 years. It did everything it could to prevent Canada from taking real action,” John Bennett, policy advisor to Friends of the Earth Canada (FEC) told National Observer.

Cameron Fenton, a Canadian tar sands organizer with 350.org, frets that it’s a “dangerous return to Stephen Harper-era politics,” and remarks that it undermines much of the positive rhetoric from the federal government, especially from Paris.

Who is Janet Annesley?

On the phone from Ottawa, Annesley laughs out loud when asked what kind of influence she thinks she wields in Minister Jim Carr’s office. “Right now, not a lot," she says. "I can’t even get pens.”

Annesley describes her job as a professional manager whose role is to influence the team to be collaborative and work with a wide variety of stakeholders to adopt the government’s mandate as outlined by Prime Minister Justin Trudeau and in the mandate letter given to the minister.

“I don’t think I have a bias,” she told National Observer. “I don’t have, in the most technical sense, a conflict of interest. I don’t have any shares or interests in resource companies. What I do have is strong experience.”

On the merit of that experience, Gerald Butts and Carr hired her, Annesley says. Butts is Justin Trudeau’s senior political advisor and, as Annesley reminds National Observer the former president and CEO of the World Wildlife Fund (WWF).

At CAPP, Annesley says she advocated and communicated on a wide variety of topics, including technical issues related to oil and gas production.

“But I also communicated and advocated for things like climate change policy and carbon pricing, and Indigenous participation in resource projects,” she says.

During her time at CAPP, energy trade magazines frequently profiled Annesley. Her communication style was blunt, descriptive and created narratives about “us” and “them.”

“It became apparent in 2009 that a negotiated or constructive solution wasn’t the outcome that environmental groups wanted,” she said in a 2013 story in the Canadian Institute of Mining, Metallurgy and Petroleum Magazine.

“They wanted to have a broad public campaign against the oil sands in an effort to shut them down. The industry was slow to understand what kind of scenario was playing out, and this in this particular drama, it was going to be cast as the villain.”

To fend off the vocal opposition, CAPP launched a multi-million-dollar, industry-funded campaign that included billboards, television ads, and print, radio and web.

The purpose of the campaign was to demonstrate the benefits of the oil sands to Canadians.

A low-key offensive in favour of fossil fuels

By this point, Annesley had already had plenty of experience coordinating advertising meant to convince that public that fossil fuels were good for the economy and environmentally benign.

Except that it didn’t always work that way.

In 2008, while Annesley was still at Shell, Fort McMurray Today reported that the U.K. Advertising Standards Authority (ASA) called an ad from Royal Dutch Shell ambiguous and misleading over the use of its word “sustainable.”

The fuss occurred over a print ad in the British Financial Times—referring to the Alberta tar sands and expansion of its operations in Texas—which caught the attention of the WWF's U.K. office. They filed a complaint.

The ASA advised Shell in the future to contact the Committee of Advertising Practice for guidance before placing future print ads.

Annesley told Fort McMurray Today, “We accept the adjudication of the ASA.”

In 2010, Alberta Oil Magazine published a story on the “low-key offensive” that Annesley, now at CAPP as its vice-president of public affairs, and then Alberta Energy Minister Ron Liepert were leading. The story was headlined, “The quiet fight for Alberta’s environmental record.”

In truth, it was anything but quiet.

That advertising push coincided with a Leger Marketing poll that showed Canadians lagging behind Albertans when weighing the economic benefits of the tar sands against the environment.

The poll offered words that came to mind when thinking of the tar sands. On words such as “dirty,” “dangerous,” “wasteful” and “environmental disaster,” Canadians overall polled higher than Albertans. The opposite was true for economic words.

Clearly, Big Oil had run into an image problem.

Liepert backed her up: “The best approach is not necessarily in-your-face,” he said. “Some of the stuff [in eco-warrior publicity] is starting to wear a little thin.”

In August 2010, environmental journalist and author Andrew Nikiforuk wrote about a Proceedings of of the National Academy of Sciences study that found pollution from the tar sands industry “released a highly toxic brew of heavy metals into northern waterways.”

A few weeks later, Nikiforuk published another story, this time about fish with abnormalities found downstream from the tar sands operation. The fish had been hauled up in fishing nets from Lake Athabasca and the delta over a two-year period and included different species with tumours and lesions, among other things.

An Alberta humour website, The Lapine, published a satirical post on the stories about a red herring caught downstream from the tar sands. The post included a made-up quote from Annesley, telling media that “fish from lakes and rivers near the oil sands are delicious and are regularly tested, pointing out that the lab technicians ‘cook ‘em up in crushed Ritz crackers and eat ‘em afterwards.’”

Undeterred, Annesley kept up the offensive against anyone opposing fossil fuels.

In 2013, she appeared on the Sun News Network, talking about how she’d just returned from Washington, D.C. There, she met with some of the oil companies and the American Petroleum Institute where they strategized on how they could “mobilize more people on the ground” to show U.S. President Barack Obama that Keystone XL should be approved.

“Over the next couple of months we’re going to see a lot of noise coming out this group,” she told the broadcaster.

That same year, Annesley published a guest blog on TransCanada’s website. In it, she took Hollywood icon Robert Redford to task for a film he’d made on the tar sands. Annesley said the film had little grounding in reality, adding: “In fact, it makes a number of false claims in a script whose only outstanding quality is a lack of facts.”

In early 2014, the Pembina Institute issued a report saying the amount of crude necessary to fill the Energy East line would result in 34 million more tonnes annually of carbon dioxide emissions.

In The Globe and Mail, Annesley said the report was written with a “foregone conclusion in mind,” and called it “inconsistent with that of a credible research organization,” as well as “biased and flawed.”

Later that same year, she called out Leonard DiCaprio after the actor posted a video calling for carbon to stay in the ground. Annesley pointed out that during the summer DiCaprio partied on a super-yacht called the Topaz and reportedly flew in 30 guests for the occasion. “Yet he says, ‘we must fight to keep this carbon in the ground,’” Annesley mocked.

That didn’t stop Annesley from previously going on her own boating adventure. In 2013 Annesley was a featured speaker on Ezra Levant’s Freedom Cruise. The then-Sun News Network personality hosted a week-long Alaskan cruise out of Vancouver on Holland America’s mid-sized luxury liner, the ms Zuiderdam.

CAPP worked with the federal government around tar sands advocacy

The FEC's Bennett describes Annesley’s role as the gate-keeper who decides who gets access to the minister, and that concerns him.

“We know that from documents that were obtained over the last nine years the Ministry of Natural Resources has worked closely with CAPP to create propaganda campaigns to convince not only Canadians, but Americans that we should stake our future on oil.”

Bennett’s referring to a series of documents investigative journalist Mike De Souza unearthed in 2011 detailing how in a 2010 meeting, CAPP joined with the federal government to work out a strategy to “turn up the volume” and get “the right attitude” on tar sands advocacy.

De Souza wrote: “Natural Resources Canada says a powerful oil and gas industry lobby group was responsible for organizing a key meeting and some controversial messaging in partnership with government, to polish the image of Alberta’s oil sands industry.”

Back in Ottawa, Annesley says the department’s mandate is very clear, and includes the modernizing of the National Energy Board and meaningful participation from Indigenous people from across Canada in resource projects.

“Those are things that Canadians can judge us on, including those whose primary lens is environment,” Annesley says.

She points to Environment Canada, noting that department has a strong team as well.

The universe in balance?

It remains to be seen how much clout Annesley will carry in the minister’s office. Warren Kinsella, a former adviser to former Prime Minister Jean Chrétien, worked as a chief of staff in more than half-a-dozen federal ministries and crown corporations.

According to Kinsella, the job essentially consists of keeping the minister out of trouble and advancing his or her agenda and that of the government’s. As to the amount of influence a chief of staff might have, it can vary.

For those who are concerned about Annesley’s background, Kinsella points out that the chief of staff for Catherine McKenna, the Minister of Environment and Climate Change, is a former director of the Pembina Institute. “So the universe balances out.”

Not everyone is so sure. Fenton of 350.org says the government is already on the verge of breaking its biggest promise from the campaign trail related to environmental reviews and regulations by allowing Energy East and Kinder Morgan to move forward following existing processes.

“I think the appointment of Janet Annesley is another piece where it seems like they’re already capitulating to that way of thinking, that the interest of big polluters is ahead of the people.”