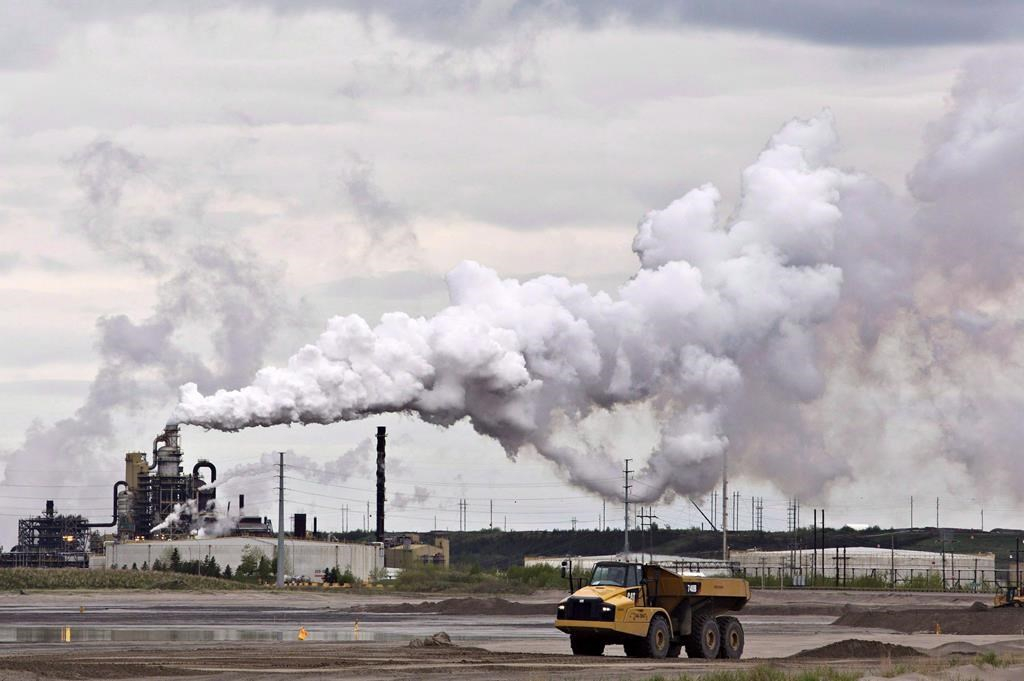 CALGARY — The stream of traffic between Cold Lake, Alta., and nearby oilfields has slowed to a trickle.

"It's definitely a noticeable slowdown," said Mayor Craig Copeland, who has been hearing from hotels, restaurants and retailers that business is down about 30 per cent year-over-year in the oilpatch's bedroom community.

It's not much of a surprise, with crude prices spending most of the year under US$50 a barrel and sinking below US$40 a barrel this month. Most analysts expect the doldrums to stretch well into 2016.

It's also not getting any easier to build market-opening pipelines and political upsets in Ottawa and Edmonton have put many in the industry on edge.

The Canadian Association of Petroleum Producers has estimated the downturn has slashed 40,000 jobs in the sector, mostly in Alberta, and has urged political leaders to keep competitiveness top of mind as they overhaul energy policy.

Copeland knows there's not much that can be done about larger market forces. What frustrates and worries him most is the "dilly-dallying" on the pipeline front.

If no new pipelines come to fruition, projects already up and running will continue to keep up their current levels of output, but companies will have a hard time justifying multibillion-dollar expansions — and hiring thousands of people to build them, said Copeland.

"If we can't get a pipeline out of Alberta in the next two years, we might as well start turning the lights off soon in the province."

TransCanada's Energy East project to New Brunswick and Kinder Morgan's Trans Mountain pipeline expansion to the Vancouver area are in the thick of the regulatory process and both face considerable opposition. The new Liberal government has signalled it wants to change how the National Energy Board reviews pipeline proposals, but that processes underway would continue.

Enbridge Inc.'s (TSX:ENB) Northern Gateway pipeline to Kitimat, B.C., remains in limbo, even though it has had a federal permit to proceed since mid-2014, with 209 conditions attached. The Liberal government, which swept to power in October, has formalized a tanker ban on the northern coast of British Columbia. Project critics see that as a deadly blow, but Enbridge has not given up and continues to work on getting B.C. First Nations on side.

European energy giant Royal Dutch Shell PLC cited the pipeline pinch as one reason for abandoning its Carmon Creek project in northwestern Alberta partway through construction. It took a $2-billion charge in the process.

As the oilpatch digests what it will mean to have the Liberals in charge in Ottawa, the change at the provincial level has been staggering since May, when the NDP toppled the Progressive Conservatives after more than four decades in power.

Alberta last month introduced a sweeping new climate change strategy. An unlikely mix of oilsands bosses and environmental campaigners joined Premier Rachel Notley on stage as she announced a plan to cap oilsands emissions at 100 megatonnes — they're at 70 megatonnes today — and charge a $30-a-tonne carbon tax by 2018. A panel looking into the royalties the province charges the industry is expected to release its findings in the new year.

The uncertainty isn't confined to Alberta's borders. Indeed, prominent energy economist Peter Tertzakian — who happens to sit on Alberta's royalty panel — says the foundation of a 150-year-old energy system is being shaken amid seemingly unrelenting global oil output and a worldwide push to cut carbon emissions.

"Your biggest risk is denying that change is going on," he told business leaders at a conference in Lake Louise, Alta., last month. "If you think that things are going back to business as usual, you're in denial."

In late 2014 as crude prices were beginning their steep descent, Canadian Natural Resources Ltd. (TSX:CNQ) chairman Murray Edwards raised eyebrows when he predicted crude could dip to the US$30 to $40 a barrel range this year. At the time, the price was above US$70 a barrel.

Edwards' prediction proved correct — except the price has lingered in that range for longer than he'd thought.

A year later, the billionaire oilpatch financier said the industry is adjusting to a "new normal."

"We have a lot of wind blowing in our face right now, a lot of challenge before us, and so it's really going to cause all of us to rethink how we do business if we want to maintain a viable industry in Alberta and Canada."