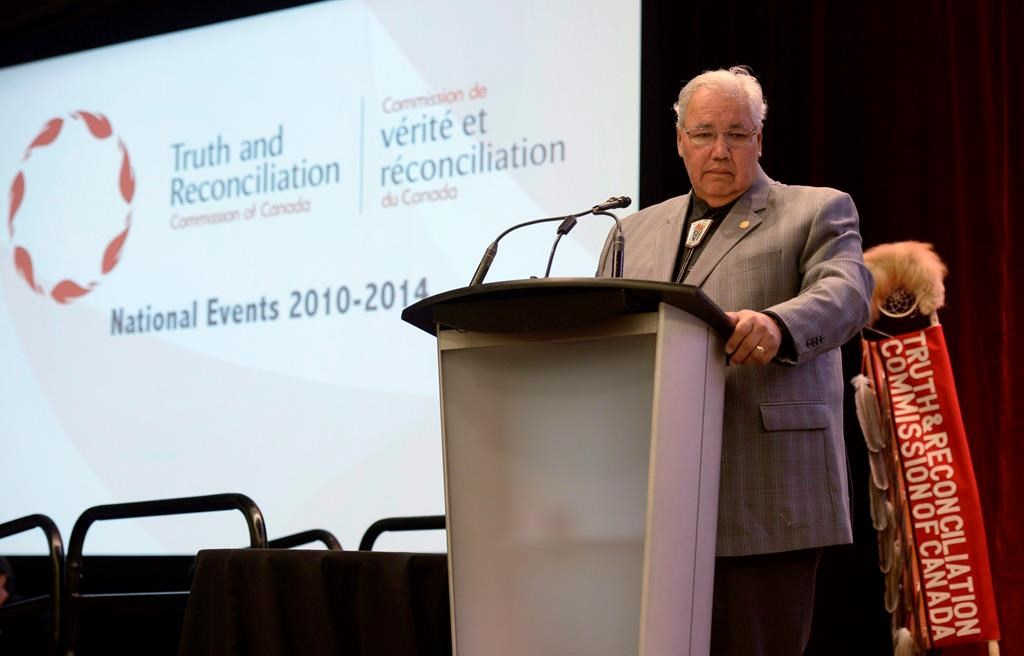 OTTAWA — When Justice Murray Sinclair formally ends the six-year Truth and Reconciliation Commission later this morning with the release of its final report, he'll be setting a high bar for Prime Minister Justin Trudeau.

Last June, when Sinclair released the damning preliminary report on the legacy of Canada's residential school system, the former Conservative government said it would await the final document before committing to any of the commission's 94 recommendations.

Trudeau's Liberals, however, swept the Conservatives from office in the October general election on a pledge to reset the Crown's relationship with Canada's indigenous peoples — including promising to implement all 94 of the proposed remedies laid out in the June summary.

As the final report cautions, "Reconciliation will require more than pious words about the shortcomings of those who preceded us."

"In every region of the country, survivors and others have sent a strong message, as received by this commission: for reconciliation to thrive in the coming years, Canada must move from apology to action."

The prime minister will take part in today's ceremonial report release, which is itself the fulfillment of a court-ordered agreement.

As part of the Indian Residential Schools Settlement Agreement implemented in 2007, more than 80,000 survivors of residential schools were to receive compensation from a $2 billion fund, as well as receiving a full report from the Truth and Reconciliation Commission born out of the largest class-action lawsuit in Canadian history.

The Liberals have already begun preliminary work on one key commission recommendation, an inquiry into missing and murdered aboriginal women and girls that the Harper government flatly rejected.

Some of the commission's other remedies will cost tens of millions of dollars to implement, such as eliminating the funding gap between children being educated on reserves, and boosting the number of aboriginal students in post-secondary education.

Others, meanwhile, may simply be beyond Trudeau's reach: How is the Liberal government to extract, for instance, an apology from the Pope for the Catholic Church's role in the schools system?

The prime minister also has more than the weight of 150 years of assimilationist policies to carry — something the commission describes as "cultural genocide." Trudeau also has some family history to attend to.

His father, Pierre Trudeau, also attempted to tackle the long-festering relationship between the Crown and First Nations in his first term as prime minister.

The 1969 federal government white paper on "Indian policy," released by Trudeau and his Indian Affairs Minister Jean Chretien, proposed to abolish the 1867 Indian Act and remove the distinct legal status of indigenous peoples, including treaty rights, in an effort to end what it called a discriminatory relationship. The policy was abandoned in 1970 after a massive outcry from First Nations, Metis and Inuit peoples.

More recently, the 1996 Royal Commission on Aboriginal Peoples expressed many of the same themes and concerns as the Truth and Reconciliation Commission, complete with recommendations for action.

Today's final TRC report dryly notes the 1996 study was largely ignored; "a majority of its recommendations were never implemented."

But the 1996 report did begin to acknowledge the reality of Canada's historic policies toward its indigenous peoples. An historic apology delivered by then-prime minister Stephen Harper in the House of Commons in 2009 took things a step further.

The truth is out there. Reconciliation is another matter.

"To the Commission, reconciliation is about establishing and maintaining a mutually respectful relationship between Aboriginal and non-Aboriginal peoples in this country," states the final report.

"In order for that to happen, there has to be awareness of the past, acknowledgment of the harm that has been inflicted, atonement for the causes, and action to change behaviour.