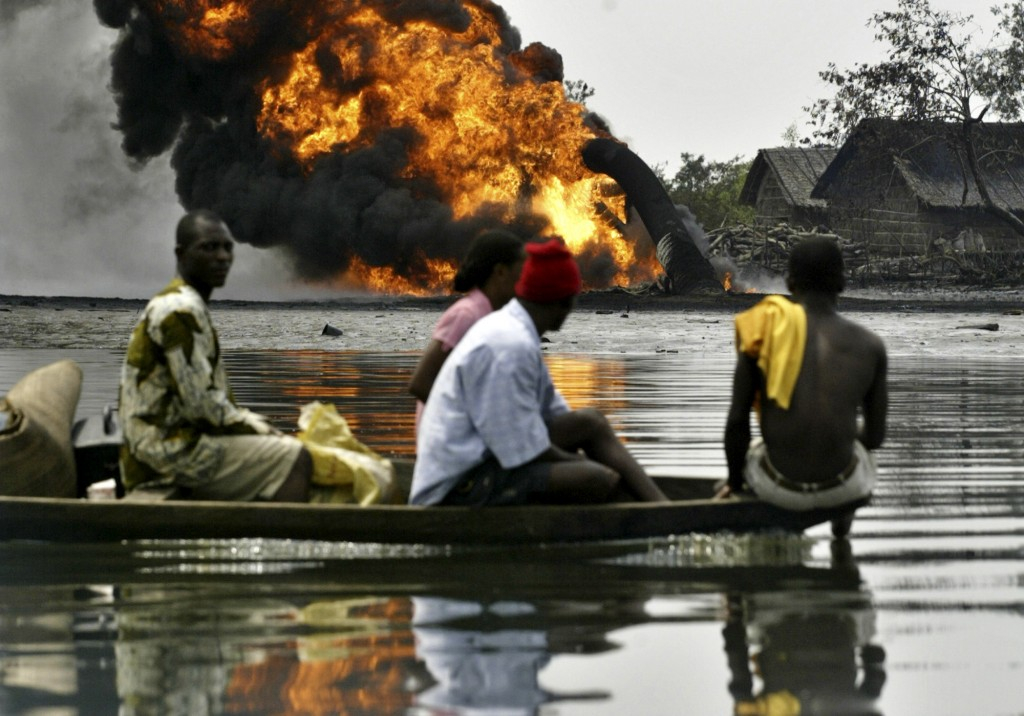 A 2005 photo of a Shell oil pipeline blowout in Nigeria. (AP).
Previous story

THE HAGUE, Netherlands — Nigerian farmers will have the chance to sue oil multinational Shell in a Dutch court for pollution they blame on leaking pipelines, a Dutch appeals court ruled Friday.

Activists said the ruling sets a landmark legal precedent that clears the way for Dutch-based companies to be sued for alleged negligence of their subsidiaries elsewhere in the world.

"There is now jurisprudence that means victims of human rights violations or pollution can sue Dutch multinationals in the Netherlands," said Geert Ritsema of the Dutch arm of Friends of the Earth, the environmental group that is also involved in the case.

The case centres on a charge from four farmers that Shell and its Nigerian unit are liable for damages caused by leaks from two underground oil pipes from 2004-2007. Shell has argued that it has no liability in the case and that Dutch courts did not have jurisdiction.

"It cannot be established in advance that the parent company is not liable for possible negligence of the Nigerian operating company," The Hague Appeals Court said in a statement.

In a written reaction, Shell's Nigerian subsidiary said it was disappointed in the ruling.

"We believe allegations concerning Nigerian plaintiffs in dispute with a Nigerian company, over issues which took place within Nigeria, should be heard in Nigeria," the statement said.

Friday's decision means the case that centred on pollution in the land and in the water around Nigeria's oil-rich Niger Delta can proceed, likely next year.

In 2013, judges rejected most of the case, saying pipeline leaks were caused by saboteurs, not Shell negligence. However, in one case, the judges ordered a subsidiary, Shell Nigeria, to compensate a farmer for breach of duty of care by making it too easy for saboteurs to open an oil well head that leaked on to his land.

In another victory for the plaintiffs, the Hague court also ordered Shell to give the farmers and environmental activists supporting their case access to internal documents that the court said could shed more light on the case.

Shell's local subsidiary is the top foreign oil producer in the Niger Delta, an oil-rich region of mangroves and swamps about the size of Portugal. Its production forms the backbone of crude production in Nigeria.

Shell, which discovered and started tapping the country's oil reserves in the late 1950s, has been heavily criticized by activists and local communities over oil spills and close ties to government security forces.