Ted Cruz is not who you think he is 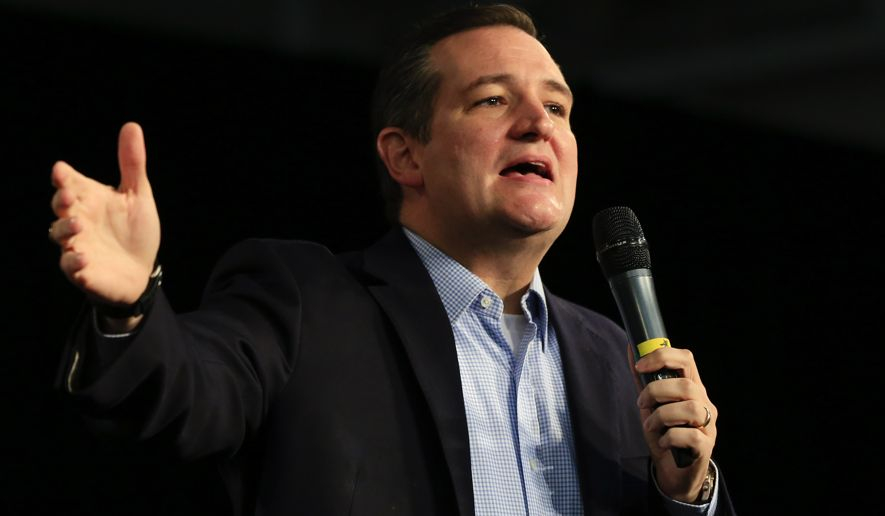 In an age of thin-skinned politicians, Ted Cruz seems to be thriving on the mutual repulsion of the Democrat and Republican political establishment – re-affirmed in recent polls as a top three contender.

Dismissed as a reckless demagogue, the Calgary-born freshman Senator is often described as “abrasive,” “strident, “wacko bird,” with even Donald Trump calling him a “maniac.”

"Every one of these guys thinks he’s the smartest guy in the room,” a political strategist said in a GQ Magazine profile. “But Cruz is utterly incapable of cloaking it in any kind of collegiality.”

Cruz’s antagonizing methods extend to both sides of the aisle, be it excoriating fellow G.O.P Senator Chuck Hagel during his confirmation for secretary of defense, calling party leader Mitch McConnell a liar, or his twenty-one-hour filibuster over Obamacare – a role that helped shut down the federal government in 2013 – where he read Dr. Seuss’s “Green Eggs and Ham,” mentioned Ashton Kutcher and did a Darth Vader impression.

But far from being a one-dimensional cartoon character, the Princeton and Harvard Law School grad is “a lightning rod for controversy, a stickler for process, an evangelist for conservative principle, a constitutional wonk in ostrich-skin cowboy boots,” as the Washington Post noted.

Harvard professor Alan Dershowitz has called him “off-the-charts brilliant,” while conservative columnist New York Times’ David Brooks praised his Machiavellian instincts. In just three years, he has gone from a relative unknown having never held elected office, to a viable presidential candidate, with Democrat strategist James Carville calling him “the most talented and fearless Republican politician I’ve seen in the last 30 years.”

After previously working as Texas’s solicitor general and as a partner at a law firm, Cruz eyed an open Senate seat in 2012, an ambitious reach as establishment favorite David Dewhurst had poured $20 million of his own money into the campaign. But with Cruz’s alignment with the Tea Party, and the endorsement of its’ ambassador, Utah senator-elect Mike Lee, he outflanked Dewhurst on the right, going from an initial three per cent support to a 34 per cent victory, one of the biggest upsets in the state's history. “The man who boasts of his ideological purity is perhaps the most obviously tactical candidate,” wrote the National Review. “Cruz is always maneuvering to stay at the front of the parade.”

It is this strategic thinking that was constructed as a national college debate champion, with a former opponent saying “it’s chess to him… He sees all these options — plan Bs and Cs… Cruz thought of angles ahead of time and found ways make them work for whatever the theme of the debate was.”

In the 2008 Supreme Court Case of Medellín v. Texas, Jose Medellín confessed to heinous acts in Houston, but the case was re-opened by the United Nations and the Bush administration after the Mexican citizen Medellín wasn’t informed that he could seek counsel from his government. Representing the state, Cruz introspected on “what’s a different narrative to explain this case?” Utilizing his constitutional expertise, he argued for the separation of powers, with the required authorization of Congress to override Texas’ law. Cruz won the case. “He's interested in whether the exercise of authority was legitimate,” says Robert P. George, a political scientist at Princeton. “Questions of how we decide things are not technical. They are moral.”

A master of the Texas-against-the-world narrative, Cruz has reportedly read over thirty biographies of Ronald Reagan, recognizing that muscular rhetoric along with his political inexperience, can rebrand him as an outsider. “I spent all week in Washington D.C.,” Cruz joked to crowds, “and it’s great to be back in America.”

He's positioning himself a palatable – and electable – version of Donald Trump, with outrage being his primary tactic (when he attacked the media in a MSNBC debate, leading pollster Frank Luntz stated that the rebuke received a 98 out of 100, the highest rating ever recorded). Like Reagan, Cruz understands that a storyteller is like “a good elementary school teacher: he or she explains complicated concepts in a simple and interesting way,” he told the student newspaper during his time at Princeton. He often employs this when telling his family story of his father Rafael escaping the Cuban dictatorship after being jailed, arriving in the U.S with $100 sewn into his underwear, and paying his way through college as a cook.

Rafael Cruz has become a mainstay in Iowa because of his Evangelical faith, and bolstered by a super PAC-funded data and analysis apparatus, in what former Obama strategist Dan Pfeiffer called “the best campaign on the other side.” This grassroots mobilization has helped secure the endorsement of congressman Steve King and influential social conservative Bob Vander Plaats. “This is a guy that’s been very consistent in principles, in communications, and his campaign has shown ability to slowly gain ground and build momentum, and appears to have great staying power,” Vander Plaats told Politico.

But for all his assets, Cruz will have to show that he isn’t his own worst enemy. His obstructionist tactics have made others – including fellow Texas Senator John Cornyn – question whether they will help the Republicans become a “majority party.” His middle positioning between a hawkish and non-interventionist foreign policy led the Wall Street Journal to highlight his “opportunism.” And his single-mindedness can make him appear “somewhere between the oleaginousness of a Joel Osteen and the self-assuredness of a midwestern vacuum-cleaner salesman,” writes the National Review.

Whatever ends up of Senator Ted Cruz’s campaign, he for one, won’t be weighed down by the false judgements.

“There is a depressing tendency in modern political life to disparage those who disagree with you as either stupid or evil,” he says. “They’re either too dumb to know the right answer or, even worse, they’re smart enough and yet they wish suffering on others and are just downright evil.’ The truth of the matter, most people are neither.”