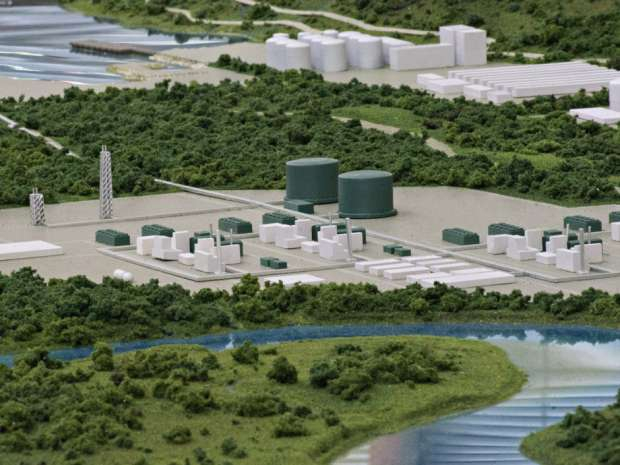 LNG Canada is the first in the province to receive a facility permit from the B.C. Oil and Gas Commission. The document outlines the requirements for design, construction and operation of the proposed facility in Kitimat, B.C.

"Really, what (the permit) looks at is: How are we designing the facility? How are we ensuring that it can operate safely in the community? How have we engaged with the community?" she said Tuesday.

Pierce said the company had reviewed and was comfortable with all 30 conditions imposed by the permit, including those on noise management and response plans.

The project could cost up to US$40 billion and would initially consist of two processing units called trains, each able to produce 6.5 million tonnes of LNG annually. The facility could be expanded to four trains in the future.

LNG Canada has not yet made a final investment decision. The joint venture company, made up of Shell Canada Energy and affiliates of PetroChina, Korea Gas Corp. and Mitsubishi Corp.

Pierce said the project still has to obtain one permit from Fisheries and Oceans Canada. The joint venture participants also want assurances that the LNG project has First Nations support, is being built cost effectively and that it's the right time for such a facility, she said.

She said the company has recognized the importance of partnering with the local Haisla Nation from the beginning and that the two sides have a strong, open working relationship.

Despite a global slump in energy markets dimming the outlook for LNG in B.C., Pierce said she remains upbeat about the project's future.

"I'm very enthusiastic as well as absolutely committed to the fact that we need to have a facility like this to export our gas," she said.

"I have to remain confident that we have the chance to make this real. Otherwise, we wouldn't pursue it as ambitiously as we are."

The project is one of 20 LNG proposals in B.C. Four have received environmental approval from the province, while two have been granted permission to proceed by the Canadian Environmental Assessment Agency.

Federal decisions have yet to be made on the Pacific NorthWest LNG terminal proposed near Prince Rupert and the Woodfibre LNG project near Squamish.

The B.C. Liberal government has staked its political future on the LNG industry, with promises of 100,000 new jobs and $100 billion in revenue over 30 years.

Minister of Natural Gas Development Rich Coleman said in late December that the industry made "remarkable" progress in 2015 and was poised to take even greater steps forward in 2016.

"If you were to listen to the critics — the 'scrooges' of economic development — they would tell you that progress has stalled and government should relinquish the B.C. Jobs Plan's ambitious goals for growth and market diversification," he said in a statement.

"Those pessimists, to be frank, are short-sighted; reluctant to admit LNG is making progress, creating jobs and securing long-term prosperity for all of us."