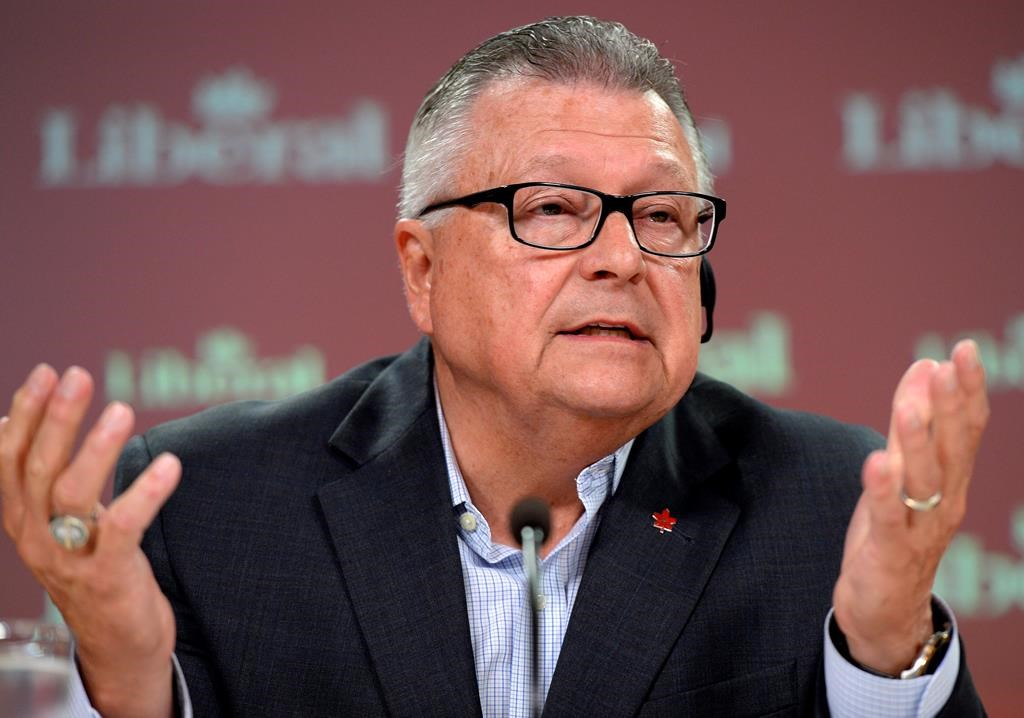 OTTAWA — The Liberal government is open to an expansive revamp of national security legislation, not just a handful of promised changes to the controversial bill known as C-51, says Public Safety Minister Ralph Goodale.

The government will give Canadians a chance to have their say before deciding what changes to make, Goodale said in an interview with The Canadian Press.

"If the consultation leads to a broader set of action items, obviously we would be guided by what that consultation tells us," Goodale said.

"The subject matter is large, it's complex, the solutions aren't particularly easy to achieve. But our whole point in having consultations is to listen to what we hear. And if the messages indicate that something more needs to be done, obviously we would try to pursue that."

Prime Minister Justin Trudeau has asked Goodale to work with Justice Minister Jody Wilson-Raybould to repeal the "problematic elements" of Bill C-51 and introduce new legislation that strengthens accountability with respect to national security while better balancing collective security with rights and freedoms.

The government has pledged to ensure all Canadian Security Intelligence Service warrants respect the Charter of Rights and Freedoms. That would roll back new provisions allowing CSIS to disrupt terror plots through tactics that breach the charter as long as a judge approves.

It has also committed to creating a special committee of parliamentarians to keep an eye on national security operations.

Organizations including Amnesty International Canada and the Ottawa-based International Civil Liberties Monitoring Group have urged the Liberals to go further by implementing neglected 2006 recommendations on comprehensive security review from the inquiry into the overseas torture of Maher Arar.

Others have called for a fundamental rethinking of the tools needed to counter jihadi-inspired extremism as well as stronger measures to protect privacy.

Goodale says the Conservative government failed to consult the public properly when it ushered in C-51 after attacks that killed Canadian soldiers in St-Jean-sur-Richelieu, Que., and Ottawa just days apart in October 2014.

"I think there was a moment there when collaboration of a rare and extraordinary kind was possible. The government chose to go a different way," Goodale said.

"They chose to proceed unilaterally without that kind of consultation or engagement. And the end result produced a flawed piece of legislation in C-51."

The government hasn't yet decided whether to have a standing committee of Parliament carry out the review or to create a special committee to do the job, he said. The Liberals may also engage in public consultations through "tools and techniques that take us beyond the parliamentary precinct."

"The point here is that we genuinely want to hear from Canadians," he said.

"They didn't have the opportunity before, we want to give them the opportunity now, to make sure that in the resetting of the national security framework, we get it right."