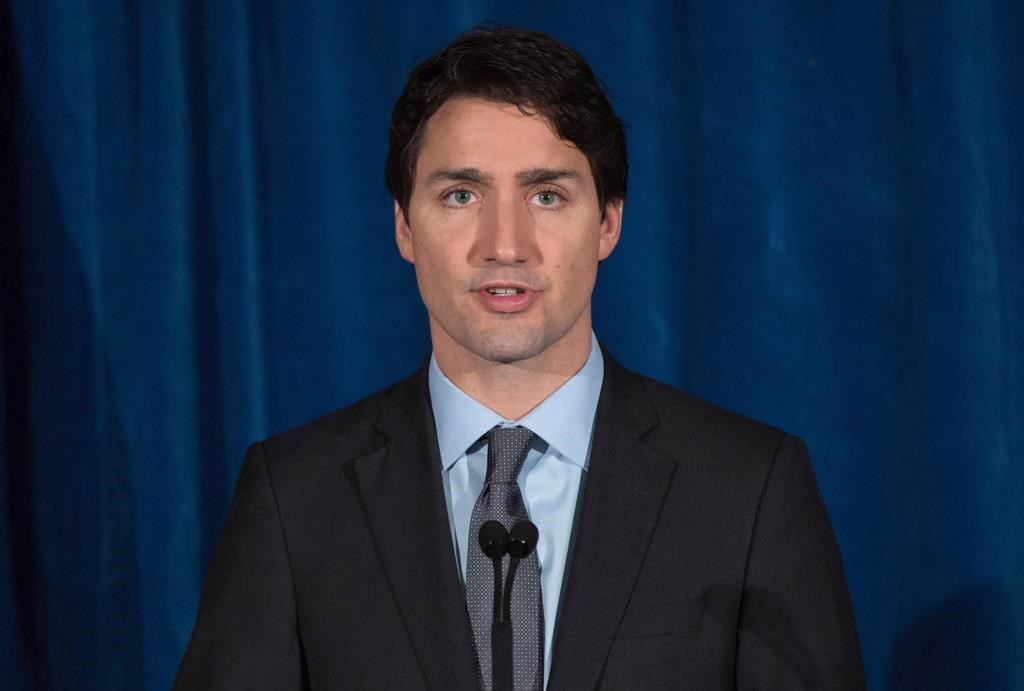 OTTAWA — Canada plans to kick-start a long-stalled international effort aimed at ridding the world of the key ingredients needed for nuclear weapons, The Canadian Press has learned.

Trudeau's presence at the Obama summit, March 31 and April 1, would come just three weeks after his scheduled March 10 gala state dinner at the White House.

Canada's renewed focus on nuclear non-proliferation efforts has been in the works for months, but the effort has new urgency because of North Korea's recent claim to have conducted a test of a hydrogen bomb.

"I think it sent a chill through the world community and reinvigorates this discussion and this debate," Rosemary McCarney, Canada's permanent representative to the United Nations in Geneva, told The Canadian Press.

McCarney said she'll be starting the first of a series of meetings this week at the Conference on Disarmament, the UN's main arms-control body, with the aim of re-starting negotiations this year towards creating the fissile material treaty.

McCarney may have her work cut out for her, because Trudeau's own briefing book says the UN effort towards crafting such a treaty dates back almost six decades and has been beset by "deadlock."

"An FMCT has been on the UN's agenda since 1957," says the memo to the prime minister, which was obtained under the Access to Information Act.

In 1995, Canada brokered an agreement on a negotiating mandate for the treaty, but in the intervening years, the effort stalled. "Since 2008, Pakistan has blocked work on an FMCT," the memo states. But Canada has also worked with Germany, the Netherlands and Australia to make progress.

Canada got the ball rolling again in 2012, when it sponsored a resolution at the UN General Assembly establishing a commission of experts to push the matter forward. More meetings and reports followed.

Trudeau now plans to support another process — Obama's fourth and final nuclear security summit, an effort he launched in 2010 after a landmark speech in Prague a year earlier.

In that speech, Obama highlighted the threat posed by nuclear terrorism, as he announced an initiative aimed at securing nuclear materials and cracking down on the illicit trafficking in them.

Trudeau said last fall he wants to look for ways to work with Obama on major international issues in the president's final year in office.

"A nuclear terror attack anywhere in the world would have catastrophic human, political, economic and environmental consequences," Trudeau was told by federal officials who prepared the briefing documents. "While the immediate risk of such an attack may appear to be low, states and terrorist groups are known to be actively seeking nuclear or radiological weapons capabilities."

The memo states that former prime minister Stephen Harper announced $28 million in funds aimed at nuclear security at Obama's last summit in 2014, and that Trudeau will likely bring some money of his own to the table this year.

"A package of programming deliverables is already being prepared to inform the prime minister's participation in the 2016 summit," it says.

Another memo to Trudeau stresses that Canada views progress to a total ban on nuclear weapons — the yet unattainable Nuclear Weapons Convention — to be "not politically feasible" because some of the states that have those weapons refuse to negotiate. But it cites a successfully negotiated FMCT as one step towards that.

She also heralded the Iran nuclear deal, which the United States brokered with five other countries, as a major step in the right direction. The deal would prevent Tehran from developing the technology needed to build a nuclear weapon.

"It's one of our success stories for 2015," said McCarney. "So we can be cautiously optimistic that we'll be able to say in the years to come that here's a great example of a country that was certainly on a path to nuclear armament that has stepped away."

On the vexing question of North Korea, McCarney had a more sanguine view. Canada will continue to work closely with its allies, and maintain the pressure of sanctions.

"Do I have an optimistic view in the immediate future on North Korea?" she asked. "I do not."