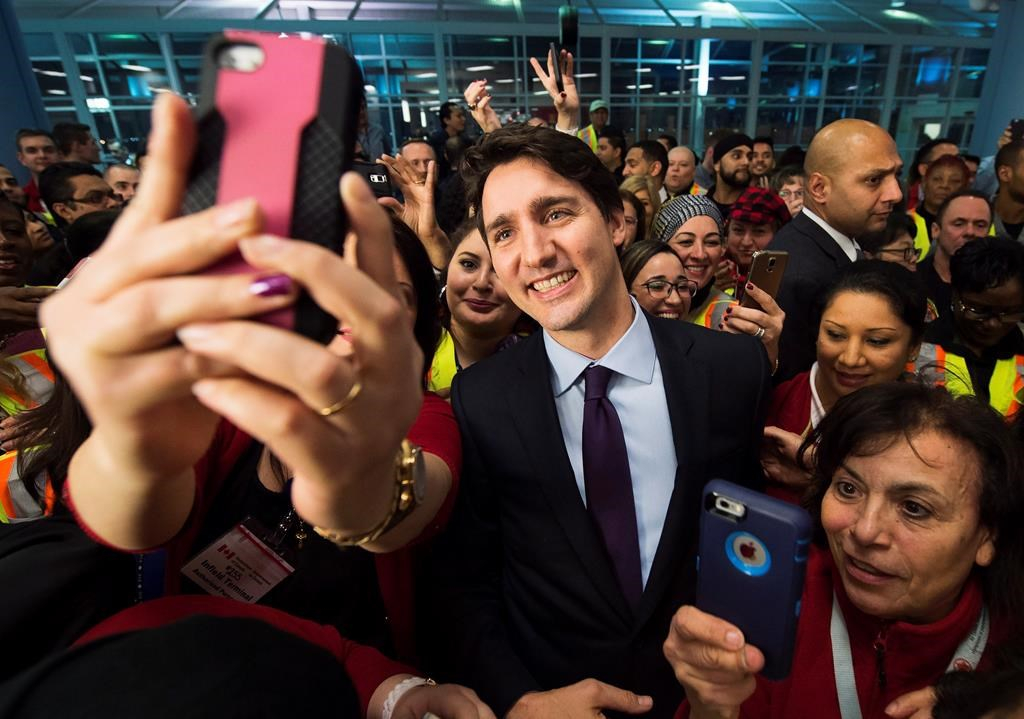 Canada is "hip" these days— and it’s because of the country’s new prime minister, according to a story in the New York Times Saturday.

In With the Rise of Justin Trudeau, Canada is suddenly…hip?, writer Peter Stevenson declares:

“United States citizens grimacing over a political and cultural landscape riven by a brassy real estate kingpin, endlessly recycled superheroes and reality-show dopes may be forgiven for looking northward with yearning.”

The paper gushes over him as “the muscular, blue-eyed, social-media-savvy son of the former Prime Minister Pierre Trudeau” and notes the “6-foot-2 self-described feminist, who has been a television actor, snowboarding instructor and amateur boxer, [and] has assumed the role of world leader with a heart.”

The paper reiterates some of Trudeau’s recent hits: welcoming a planeload of Syrian refugees with the phrase “You’re safe at home now;” and his recent appearance in Vogue magazine.

“As Mr. Trudeau and his wife, Sophie Grégoire-Trudeau (along with their three young children, Xavier, Ella-Grace and Hadrien), create a Canadian Camelot, they are casting light on a wider eruption already in progress,” Stevenson writes.

Within an hour of the Times' posting the story it began to go viral on social media.

Apparently, Canadians have gone from being the home to “square-jawed Mounties and beer-swilling ‘hosers, ’” maple syrup, poutine, the “gentle sport of curling and 10 percent of the world’s forests” into something a little cooler.

However, the story concedes that Canada’s had some hip folks before, such as singer-songwriter, Joni Mitchell, and the “alternately sensitive and raucous Neil Young, who is quoted as saying about the recent Canadian election: “Obviously, people are delighted with the change that has taken place. It’s very positive news.”

Adds the paper: “And let us not ignore the coolest cat in a hat, Leonard Cohen, still capable of multiple encores at 81.”