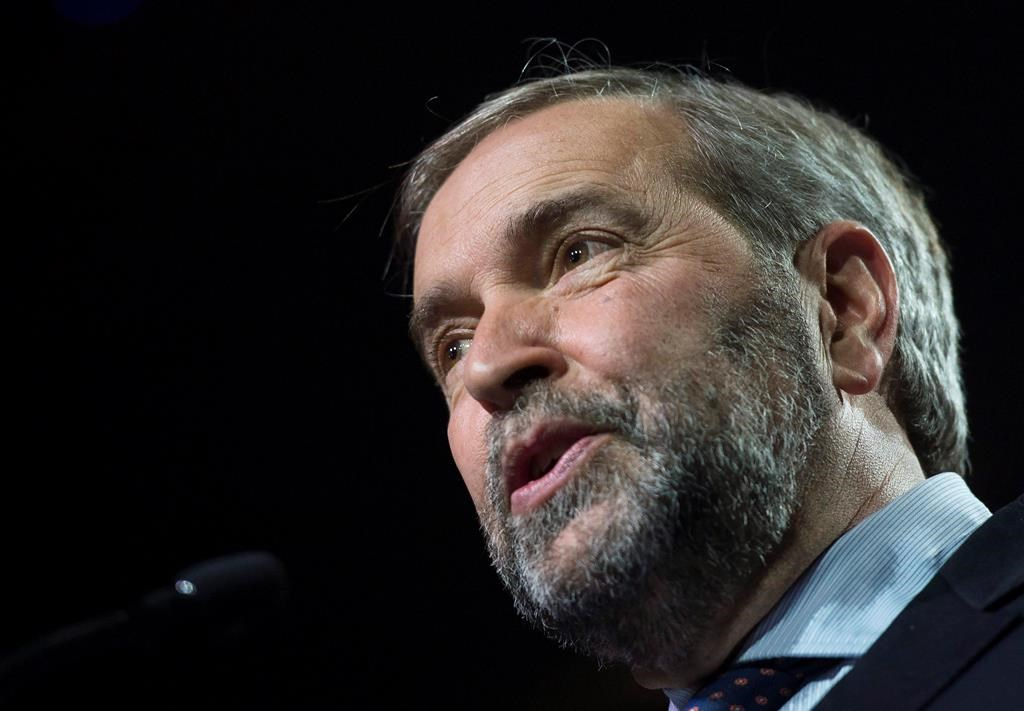 "Canadians deserve better," said Mulcair of a deal that he said was signed in secret by former Prime Minister Stephen Harper but rejected by even U.S. Republicans as well as Hillary Clinton.

He was joined by the NDP's international trade critic Tracey Ramsey, whose constituency of Windsor Essex was a one-time manufacturing hub that is now suffering from high unemployment thanks in part to previous trade deals that have undermined Canadian manufacturing jobs.

"We know that the TPP will jeopardize 20,000 jobs in the auto sector," sad Ramsey, adding that it would lock in property rights benefiting major American corporations to the detriment of Canadians and lock in high drug prices.

She also slammed the new Liberal government for "refusing to fight for a better deal."

Mulcair tied in his TPP criticisms to ongoing inequality in Canadian society and his party's ongoing fight for good jobs, promising that he would hold the Liberal government to account on both its ratification of the TPP and its upcoming federal budget plans.

"Inequality remains one of the most fundamental challenges we face in Canada today," said Mulcair, citing the examples of a First Nations child unable to access clean water, or a senior forced to choose between food and medication.

However the NDP leader, who is presently preparing for a caucus meeting in Montebello, QC, faced ongoing questions over his leadership of the NDP, a party that was widely tipped to win last year's federal election before Justin Trudeau's Liberals made a surprise comeback from third place.

Mulcair responded that he would "continue to work tirelessly to engage with our base and work with our caucus."

He acknowledged his party's failure on election night, saying that he would gain as much information as possible as to why the NDP did not win and would take on board lessons learned in future.

"No-one was more disappointed than me," said Mulcair of his party's third-place result, behind both the winning Liberals and the Conservatives, who formed the next Official Opposition.

He spoke of a "wellsping of support," for the NDP's values in Canada, but ruled out mapping out a full game plan for the 2019 federal election at his party's upcoming convention in Edmonton this April.

"We haven't made it to the cup final very often as a party," said Mulcair of his hoped-for win in last year's election.

This is a developing story. Please check back for updates.