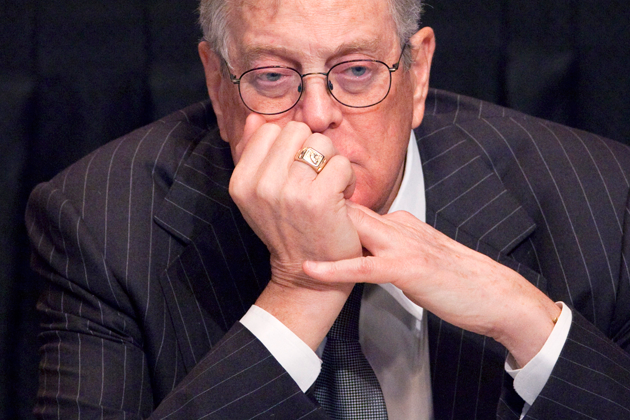 Fossil fuel mogul and billionaire David Koch has stepped down from the board of New York’s American Museum of Natural History after 23 years. He handed in his resignation at the December board meeting, but it just came to light late Wednesday.

Beka Econompoulos, the director of the pop-up Natural History Museum (not to be confused with the American Museum of Natural History) called Koch’s departure “a victory for scientists, climate activists and museum professionals who have been calling for museum’s to break ties with Koch and other fossil fuel interests.”

Last March, a letter signed by 148 leading scientists - including James Hansen and Danny Harvey, a professor of geography and climatology at the University of Toronto - called for Koch’s resignation.

The letter argued that “David Koch’s oil and manufacturing conglomerate Koch Industries is one of the greatest contributors to greenhouse gas emissions in the United States. Mr. Koch also funds a large network of climate-change-denying organizations, spending over $67 million since 1997 to fund groups denying climate change science.”

The letter continued: “When some of the biggest contributors to climate change and funders of misinformation on climate science sponsor exhibitions in museums of science and natural history, they undermine public confidence in the validity of the institutions responsible for transmitting scientific knowledge. This corporate philanthropy comes at too high a cost.”

Both a museum spokesperson and a Koch Industries spokesperson said that Koch’s term had ended with the museum and that he was too preoccupied with trying to juggle being on 20 other boards, according to the New York Times.

Koch continues to sit as an Advisory Board member of the Smithsonian National Museum of Natural History.

In the days ahead, National Observer will be offering a new look into the Koch brothers and their activities.