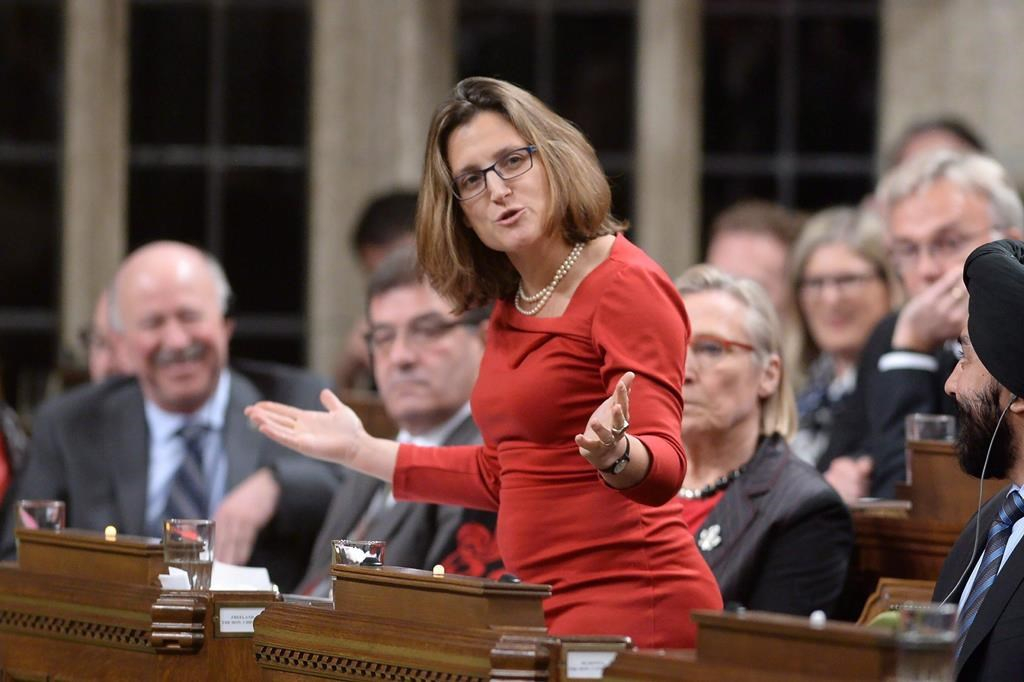 OTTAWA — The federal government has confirmed that it intends to sign the controversial Trans-Pacific Partnership trade deal at a meeting next week in New Zealand.

"Just as it is too soon to endorse the TPP, it is also too soon to close the door," Freeland wrote in an open letter posted on her department's website.

"Signing does not equal ratifying.... Signing is simply a technical step in the process, allowing the TPP text to be tabled in Parliament for consideration and debate before any final decision is made."

Only a majority vote in the House of Commons would ensure Canada's ratification of the deal, she added.

Freeland has conducted public consultations on the wide-ranging accord and said she's heard both opposition and support for the deal.

"It is clear that many feel the TPP presents significant opportunities, while others have concerns," she wrote.

"Many Canadians still have not made up their minds and many more still have questions."

The minister has already indicated the massive accord, which includes major economies such as the United States and Japan, cannot be renegotiated.

Trade ministers from the TPP's partner countries have been invited to sign the deal on Feb. 4 in Auckland.

The former Conservative government announced an agreement-in-principle on the pact in October during the federal election campaign.

Freeland said each country has up to two years to consider ratification before making a final decision.

"It is important to note that signing next week preserves Canada's status as a potential full partner in the agreement, with all of the rights and powers that go with it."

The biggest trade zone in history? Five questions about the big TPP negotiations