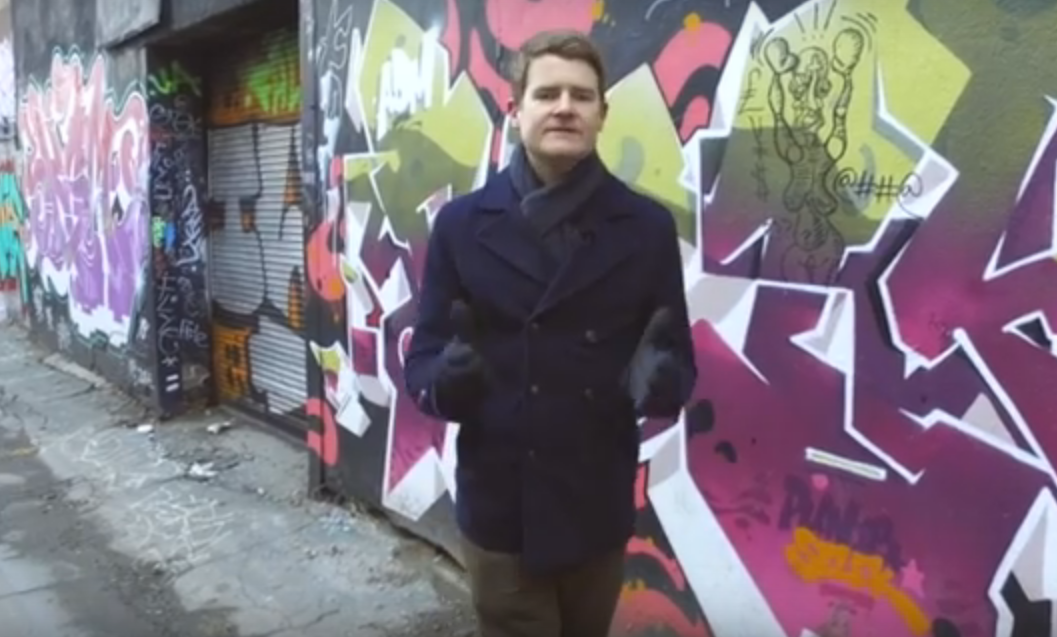 In a video in the Toronto Star, comedian Scott Vrooman slammed Rick Mercer's recent rant on Energy East, in which Mercer insisted that Canadians all needed to support the Energy East pipeline for the good of the economy.

"The pipeline debate goes way beyond provincial politics, because here's the thing: chemistry doesn't care about politics," Vrooman said, walking down the same alley used as a backdrop for Mercer's rants. "If there's a war between the economy and the laws of nature, who do you think is going to win?"

Video from The Toronto Star

"What [Canada] needs is an economy for the 21st century. We can create computers of unimaginable power that fit inside our pockets. So maybe it's time to innovate our energy system...it's easy to sneer at climate change deniers as delusional and anti-science, but if you accept climate science but ignore what that science means, you're a denier too."

The comedian prefaced his video by saying he looked up to Rick Mercer and that he has a "huge amount" of respect for his work.

In Mercer's original rant, he said many Canadians aren't fans of Alberta's oil industry, but that this industry played a critical role in transferring funds to help "have-not" provinces that aren't making as much money as Alberta. He urged people to set aside environmental concerns for their own cities and to help Alberta by supporting Energy East. Mercer criticized Montreal mayor Denis Coderre for his recent Energy East pipeline opposition, reminding him that Quebec has benefited directly from Alberta's oil economy before the oil crash.

Vrooman is known for provocative videos on politics and climate change, including one based on the idea that people would be more serious about climate change if the media covered it in the same way they report on terror groups like IS.