By The Canadian Press in News, Politics | February 1st 2016 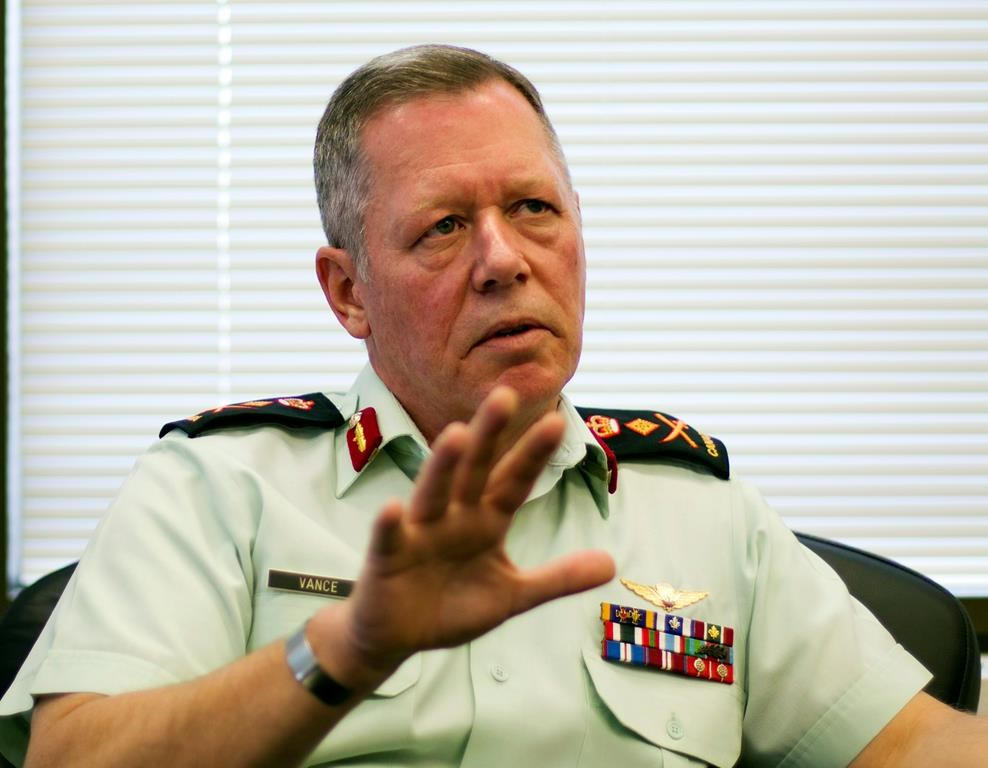 OTTAWA — Eight allegations of sexual misconduct in the Canadian Forces are under investigation by military police, a crackdown Canada's top general is billing as the leading edge of the battle against harassment and abuse within the ranks.

Chief of the defence staff Gen. Jonathan Vance released the first of several progress reports Monday as he leads an institution-wide effort to root out what a report last year called an "underlying sexualized culture" that's hostile to women.

The progress report references six cases that were directed by a newly established crisis centre to the Canadian Forces National Investigative Service between September and December of last year. Two other allegations were received last month, Vance said.

Of those, 53 involved allegations of sexual offences and another 32 related to claims of sexual harassment.

The report, which details other administrative steps taken by the military, represents merely a first step, Vance said in a prepared statement.

"The Canadian Armed Forces has only just begin this mission," he said.

Prosecuting criminal behaviour is the most obvious and straightforward response to what Deschamps described as the "endemic culture" of abuse within the military. The more difficult — and arguably more insidious — problem of harassment will likely be harder to root out.

Those types of allegations are dealt with not through criminal proceedings but under the military's disciplinary process — a process Vance acknowledged is viewed with "general dissatisfaction."

A policy review is underway that will hopefully produce results by June, he said.

"The process is not fast enough; it doesn't close the loop enough; it's a difficult process to go through, particularly if you are hurting — or you're feeling in many ways put upon, particularly if the harasser is a superior in your chain of command," Vance said.

It's vital that the military develop a system that's responsive to the needs of its members, said New Democrat defence critic Randall Garrison.

"It has to focus on those who have misbehaved and removing those people from positions of authority, if necessary."

One way to reduce inappropriate sexual behaviour in the ranks would be to recruit more women into the military, said Garrison. The former government's stated goal was to ensure 25 per cent of recruits were women, but the true ratio is closer to 15 per cent.

Last summer, Vance initiated a wide-ranging effort to eliminate abuse, harassment and assault within the ranks. Designed like a military operation, it included tasks, timelines and objectives for the military to make the cultural shift.

Deschamps, in a forward written for the report, said the "crisis cycle which has characterized the approach of the Canadian Armed Forces to sexual misconduct to date must be stopped."

The issue, which gained prominence in the mid-1990s with the introduction of women into combat roles, has resurfaced time and again with publicized reports of abusive behaviour and assault.

The path for change is laid out in the report, Deschamps said.

In an interview, Vance committed to releasing future data that would track not only the number of reports to the crisis centre, but also how those allegations — and potential criminal cases — are handled within the system.

National Defence is also partnering with Statistics Canada this spring for a survey "designed to determine the nature and scope of harmful and inappropriate sexual behaviour," the report said.