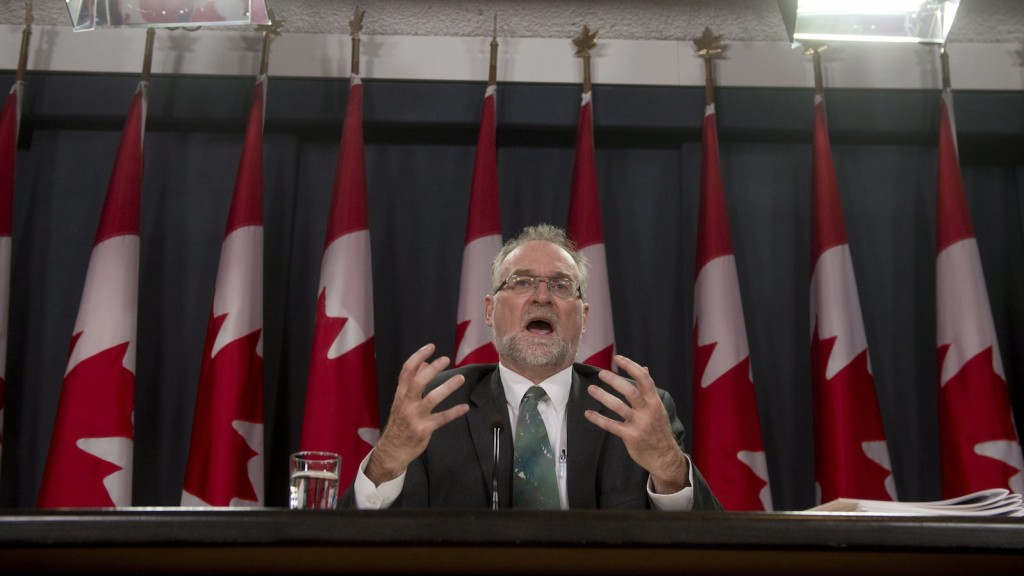 Terminally ill and disabled Canadians are bogged down in paper work and delays of up to 800 days when applying for vital disability payments, warns a new report tabled in Parliament on Tuesday by the federal auditor general.

The problem is being exacerbated by an aging population suffering from more disabilities, the report said.

“In 2014-2015, as the backlog issues grew worse with the addition of new appeals, the average time it took to get a decision on an appeal exceeded 800 days,” said auditor general Michael Ferguson on Tuesday. “That’s more than twice the average time required three years prior. Close to three years after its creation, the tribunal continues to struggle with providing timely decisions for applicants.”

Claimants are facing the delays despite the government committing in 2002 to process applications for terminally ill Canadians within 48 hours. In 2013, the Canada Pension Plan (CPP) - which runs the program – made an additional commitment to process applicants suffering from ‘grave conditions’ – illnesses likely to cause disability or death – within 30 days, according to Tuesday’s report. In cases where grave conditions are also terminal, the 48-hour deadline applies.

Ferguson also noted that a new appeal process, created in 2013 to speed up applications, was failing to clear the backlog.

The report urged Employment and Social Development Canada – the department charged with handling CPP disability applications – to establish specific standards for processing applications from claimants suffering from both terminal illnesses and grave conditions.

The government replied that it is working on a solution to the issues outlined in the report.

However, the report warns that filling out a paper application can take months, a process made even more difficult for anyone suffering from mobility issues or impaired vision.

As well as being difficult for applicants, Ferguson’s report warns that the paper trail is an administrative burden on staff, contrasting it with programs such as Employment Insurance that offer online services.

Employment and Social Development Canada also committed to fix this problem, stating in the report that it would modernize its benefit services and potentially offer online services for applicants.

“Employment and Social Development Canada recognizes the importance of regularly consulting with applicants and beneficiaries to identify ways to improve the Canada Pension Plan Disability program,” the department said in the audit.

NDP MP David Christopherson said the state of disability payments was indicative of the previous government's lack of concern for both diability and old age security claimants.

"It looks like it was designed to fail," said Christopherson.