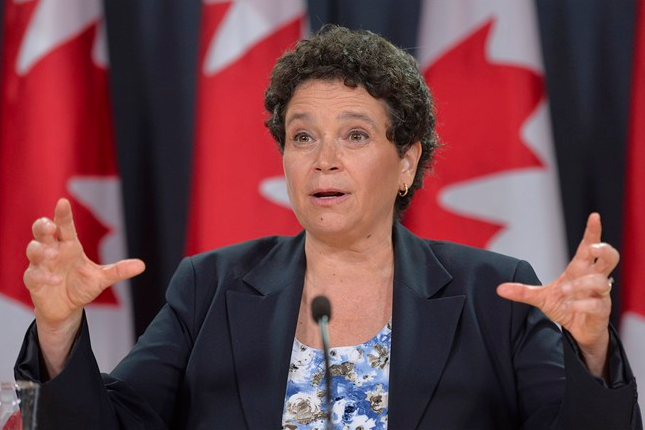 The controversial deal, now under review by the Liberal government, transferred a chunk of federal land for a new hospital at the site of the Central Experimental Farm, used for government agricultural, climate and other scientific research in Ottawa since 1886.

But federal environment commissioner Julie Gelfand said in an interview that the plan to transfer the land went against a directive introduced in 1990 by the Progressive Conservative government of former prime minister Brian Mulroney. This rule requires new federal programs or policies to undergo a strategic environmental assessment when considered by cabinet or when they may result in important environmental effects.

Gelfand said the federal government made the decision without the required review.

The issue was flagged in Gelfand’s latest report, tabled last week in Parliament. The audit noted that several departments were having trouble following the rules established by Mulroney. But the warning was overshadowed by other high-profile findings regarding the oversight of pipelines and pesticides.

The government of former Conservative prime minister Stephen Harper announced the decision to transfer 60 acres of land from the Experimental Farms Area in November 2014. At the time, former cabinet minister John Baird said the government would lease the land to Ottawa’s civic hospital so that it could replace aging infrastructure and move across the street.

Federal Conservatives were not immediately able to provide an explanation on Monday, telling National Observer they were working on a response.

The federal Agriculture Department said in a statement that it agreed with all of Gelfand’s recommendations and was updating its practices “to ensure strategic environmental assessments are completed early in the decision making process and properly reported in each case.”

Environment Minister Catherine McKenna also announced last week that the newly-elected Liberal government was reviewing the decision made by the former Harper government.

McKenna, also the MP for the federal riding of Ottawa Centre, said local residents told her they were concerned about how the previous government transferred the land.

"I would like to better understand exactly what happened and what the possibilities are moving forward," McKenna told National Observer in a statement. "I know all parties involved in this issue want to find solution in a timely manner. While I believe we need a hospital in Ottawa Centre, I think we need to look at all possibilities."

McKenna made the comments following a November 2015 letter, signed by more than 50 agricultural and climate change scientists and heritage advocates urging the government to protect the land and ongoing research, including studies related to climate change.

“Hospitals can be created in many places,” said the letter. “Soil cannot.”

The letter noted that the land was also used for research that led to development of a type of wheat that contributed to settlement of the Canadian prairies. Some scientists who worked at the experimental farm also contributed to the Nobel Peace Prize-winning Intergovernmental Panel on Climate Change report from 2007, the letter said.

But it warned that hospital infrastructure would affect drainage, wind patterns, surface heating, and road patterns, among other issues.

Gelfand’s audit also found that the Canada Revenue Agency failed to track positive effects of a decision to move about 180,000 corporate clients to filing electronic tax forms, saving about 28 million sheets of paper per year. It also noted that the Department of Canadian Heritage failed to review environmental impacts of the 2015 Pan-American and Parapan American games in Toronto, such as reviewing pollution caused by flights arriving into the city.

Overall, in the cases reviewed for the audit, the commissioner found that cabinet was only reviewing environmental impacts of its decisions about half the time.