Media in crisis: why feds should step in to help democracy's watchdogs 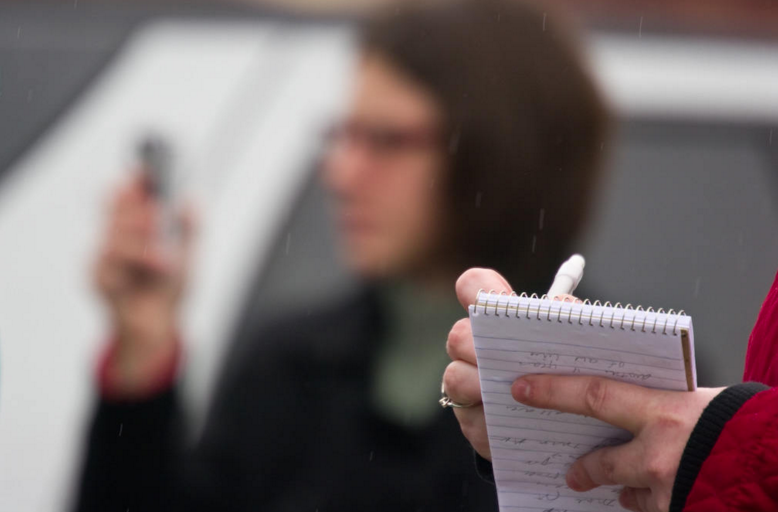 A flourishing, capable news media is the oxygen of democracy. In Canada, our traditional oxygen-providers, the mainstream corporate-owned newspapers, are dying. We need to come up with something better to serve our communities.

Since the beginning of the year, we’ve seen papers in Vancouver, Calgary, Edmonton, and Ottawa bizarrely merged; a potentially disastrous strike in Halifax.The Guelph Mercury’s last print edition. The closure of The Toronto’ Star’s printing press, and gradual shaving back at every paper in the country.

Not all papers are losing money, but none is flourishing. And none still provides the scope or depth of balanced news essential to a citizenry that wants to be engaged.

How has this happened?

First, corporate news, as a product, has been debased beyond recognition. Newsrooms are so short-staffed that in many communities they don’t report even important civic events. There’s as much fluff as news. Pages are filled with slapdash opinion pieces that are cheap to produce. For most papers, good analysis and investigative journalism are things of the past.

Second, with good reason, people no longer trust what their papers say. I could find no recent independent survey for Canadian opinions of the media. But I assume that our opinion of our papers is likely only slightly better than Americans’. A 2013 Gallup poll reported that less than 25 per cent of the Americans surveyed had "a great deal" or "quite a lot" of confidence in their newspapers.

All the dailies – with the exception to some extent of The Toronto Star – seem to have corporate values that cater to the rich and powerful help determine what is considered newsworthy. So right-wing policies detrimental to the general public are praised, while unions and social change are criticized and opposed. There’s much more, but you get the idea.

In the face of widening consumer disdain for a diminished product, corporate media owners would have investors believe they will somehow come up with a new formula that will magically make them profitable. This formula is nowhere in sight.

With corporate-controlled media highly unpopular and facing a life-threatening crisis, it’s the perfect time to come out in favour of public support for independent Canadian news and information on the Internet.

Canada has a small but enthusiastic number of news and opinion websites, but we need to think in terms of supplementing those with well-funded sites that can provide communities and cities with the news and information they will need in future years.

Unfortunately, while sites work hard at raising money, most of them do not bring in enough revenue to have the size of staff necessary to provide fill coverage for their chosen market area.

If Justin Trudeau’s apparent concern for our democracy is sincere, he must know that Canadians are not getting the basic information about events and developments that we need to be able to exercise our role as citizens.

Sooner rather than later, the Liberals need to acknowledge the problem and find ways to step in and provide funding. Communities – especially those that will be launching new sites – need better sources of news.

The problem is, the public would not look favourably upon the idea of government giving financial support to media corporations that gobbled up millions of dollars in executive salaries and shareholder dividends while reducing coverage and chopping jobs.

By contrast, Scandinavian countries regularly subsidize privately-owned daily newspapers. The media in those countries is viewed much differently than in Canada: readership is much higher than here, papers haven’t in the past raked in grossly high profits from tons of monopoly advertising, and executives are paid much less than in North America. As a result, Scandinavians actually like their papers, and governments have no trouble supporting them.

Canada’s crisis is worst in Vancouver, Calgary, Edmonton and Ottawa, the cities where Paul Godfrey’s Postmedia has forced once competing papers into shotgun marriages.

Their situation may soon be even worse. If Postmedia cannot meet a $336- million debt payment by August 2017, the chain will likely go bankrupt. Beyond that is another payment of about $36-million by July 2018. At either point the papers may be put on the block.

At the same time, there is speculation that if the chain’s debt were paid off, it might be profitable – depending on how much journalism it invested in.

But would Canadians stomach a multi-million dollar bailout for Postmedia’s fleet of journalistic ghost ships after Godfrey, its CEO, walked off with a pay packet of $1.76-million and vast currents of cash have flowed to a hedge fund in New York?

Other corporate media owners that opposed government support for weaker competitors in the past, may also change their minds and seek tax breaks for those properties. Their pleas deserve the same scrutiny.

The Guelph Mercury, which closed last week, is part of the massive Torstar Corporation, owner of The Toronto Star and many other properties. In view of its purchase last year of Vertical Scope, a digital media firm, for $200-million, what does the Canadian public—or the government—owe it keep the Mercury alive?

Yes, governments need to ensure that communities get the news they need, and that doesn’t include helping for-profit media. Even if the government wanted to, it would cost many millions of dollars to subsidize the failing newspaper industry.

But to help cover the news gap left by the failing newspapers, the government could increase the funding of both CBC Radio and TV News and Current Affairs. It might be a start to help media regain its role as watchdogs of democracy in Canada.

Nick Fillmore is a Toronto freelance journalist and social activist who pioneered independent media 40 years ago in Nova Scotia by publishing The 4th Estate newspaper. He was a founder of the Canadian Association of Journalists and Canadian Journalists for Free Expression.