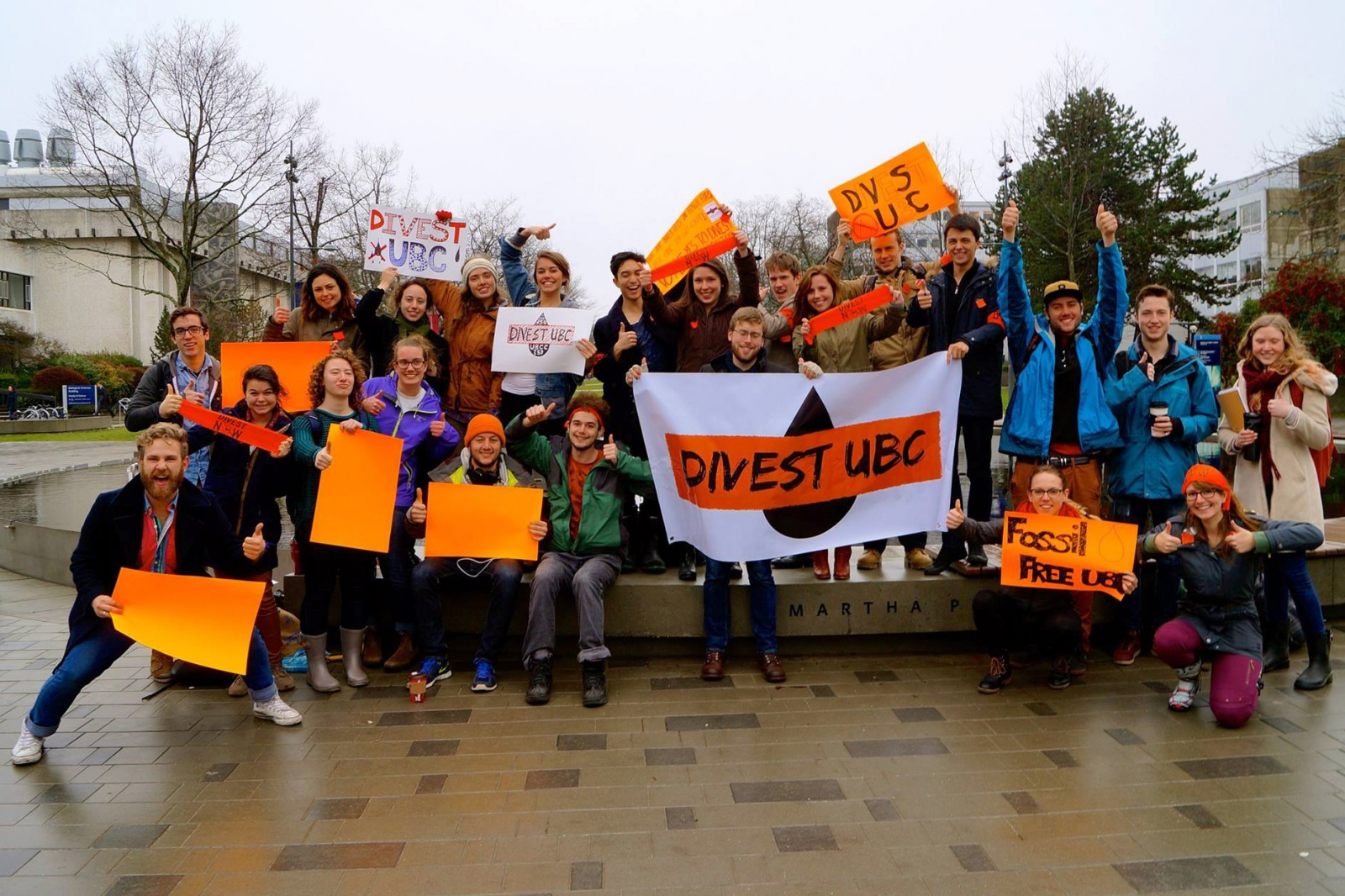 On Feb. 3, the University of British Columbia's Finance Committee voted not to divest from fossil fuels. The committee recommended that a Sustainable Future Fund be created and seeded with an initial $10 million, according to CKNW980, but no divestment. The Finance Committee's recommendation will go to the Board of Governors for a vote on February 15, 2016. UBC says that the alternative investment fund is low carbon and meets best practices for environmental, social and governance factors.

Divest UBC campaigners said earlier this week they had hoped the Board will abide by student and faculty referendum votes held last year, which supported fossil fuel divestment.

UBC students launched the divestment campaign in 2013, aiming to bring the university’s financial holdings in line with its stated commitment to sustainability.

“The fossil fuel industry has played a uniquely destructive role in the climate crisis,” Alex Hemingway, PhD candidate and Divest UBC campaigner, said in a news release. “The industry has worked tirelessly for decades – using its economic might and lobbying power – to delay, dilute and block climate policy. UBC directly participates in that behaviour with its investment dollars.”

According to documents released by the Globe and Mail over former UBC president Dr. Arvind Gupta's departure, some expressed ambivalence about the divestment movement. In one email, Gupta criticizes climate group 350.org for calling for divestment without completely giving up products based on fossil fuels, while in another, UBC Board of Governors vice-chair Greg Peet points to the issue of government funding for universities derived from fossil fuels.

Divest UBC claimed the UBC Responsible Investment Policy Committee refused requests to meet or discuss the proposal for divestment during its deliberations.


UBC's Board of Governors was reached for comment on Monday, but did not respond before publication.